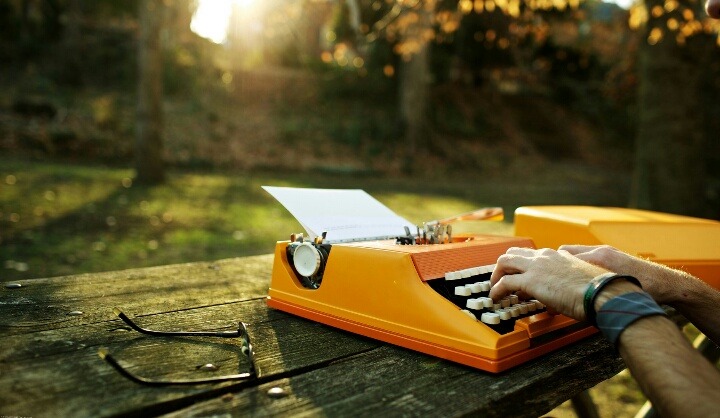 Although, they say anybody can write. But the actual ‘Writing’ is a skill – a rather difficult one. There is no clear recipe to write well. George Orwell quotes about writers as

Writing a book is a horrible, exhausting struggle, like a long bout of some painful illness. One would never undertake such a thing if one were not driven on by some demon whom one can neither resist nor understand.

#1. They challenge ideas most people never imagine to question.

Writers would rather be authentic than popular. They know that all world-shaking truths once began as a blasphemy. There was a time, not long ago, when everyone believed the world was flat.

It was once a firmly held scientific fact. Once. Every generation has its equivalent of a flat world belief, which it is unable (or unwilling) to see. Writers are the explorers who help the world see differently.

They don’t simply look at life, they try to see it.

Most people spend their whole lives looking at the world around them and yet never really see it. Writers are always asking “What if? Why not? How come?” It’s this ability to see and connect dots that others don’t even know exist that has immense potential for transformation.

#2. They’re willing to expose their souls.

Writers don’t just live their lives, they go on and bare their souls. They feel everything, every single thing around them. They use the palette of words to paint the canvas of world.  They make a lifeless page speak so loud that the world could hear the little whispers of life. They connect the souls with the string of words and blend them into one.

Because Writer’s are intuitive and feel deeply, they often glide to ecstatic heights in one moment and, in the next, can fall into uninvited sadness or even depression. Their humble heart is the origin of their genius as well as the cause of their greatest struggles.

#4. Procrastination is part of their process.

This is one of the things that define writers – everyone of them. Most Writers are chronic procrastinators, not because they are lazy but because they do their work better under pressure. Also, they are instinctively optimistic and that is why they sometimes could estimate the time precisely. They subconsciously, and often purposefully, put off starting their work until the last minute simply to experience the rush of the challenge.

#5. They often can’t separate their worth from their self-worth.

Every writer, especially those who seem confident to everyone else wonder, Do I have what it takes? They constantly compare themselves to others, struggle with jealousy over another’s success, and fail to see their own genius, which may be obvious to everyone else.

#6. They have a hard time finishing what they begin.

As a writer, their mind has affection towards new ideas. They love the thrill of beginning new things and fantasising virgin ideas. But, reaching towards the middle, the initial excitement wears off and the work becomes a slog. Most of time it is due to the fact that another new ideas has already made space in their minds.

#7. Their imagination never shuts down. Ever.

One of the important things that define writers is their Imagination. A writer’s mind is a machine in perpetual motion fueled by high-octane curiosity. There is no power switch, no shut-off valve, which can be exhausting for others.

#8. They believe everything is story.

They believe that the shortest distance between us humans is a story. Writers  weave stories with everything they in life. They binge on the stories that they see in the people around them. They can explain the readers and make them believe in the story – something that isn’t real but real enough.

#9. They need space to create.

Creativity requires the right environment. It may be the back corner of a local coffee shop, an empty room in the house, or simply a good pair of headphones that seals out the world. Wherever it is, allow them to set the boundaries and respect them.

#10. They know the true value of speech.

None other can understand the value of speech more than a Writer. They worship words. They believe in the power of speech and the difference that it could make. Writers have the most powerful weapon that could change the world.