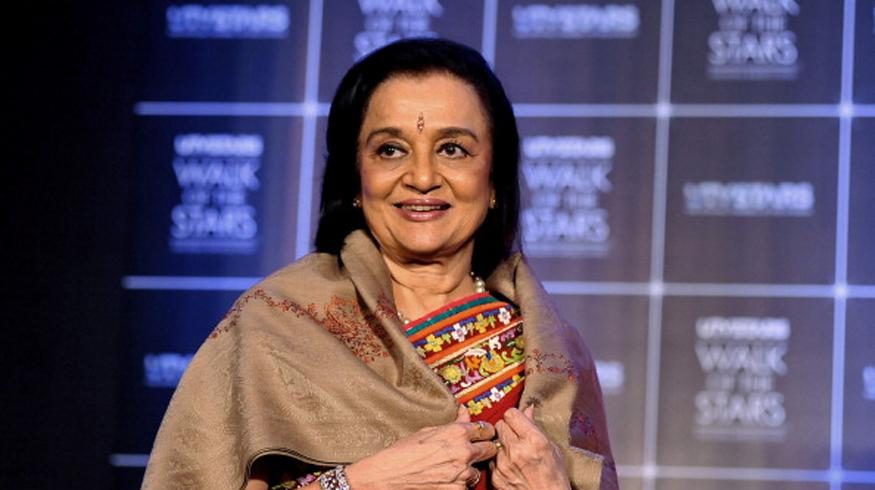 The veteran actress Asha Parekh is going to delight everyone, not on the screen, but with her autobiography titled ‘The Hit Girl’. The autobiography of Asha Parekh is co-authored by the acclaimed film critic turned filmmaker Khalid Mohamed. And, Salman Khan himself has written the foreword of the book. Also, Salman will be launching The Hit Girl by Asha Parekh with Khalid Mohamed in Mumbai on 10 April 2017. A Delhi-based publisher, Om Books International, is publishing the book.

The 75-year-old actress and diva of her days is the newest joinee to the group of Bollywood celebrity releasing their biographies. Recently, Rishi Kapoor and Karan Johar published their respective biographies Khullam Khulla and An Unsuitable Boy.

Asha Parekh’s biography, The Hit Girl, is something a fan cannot miss. Facing camera since childhood and still connected with the Film industry at the age of 75 years, Asha Parekh’s journey in Bollywood is nothing less than an inspiration. With her biography, Asha Parekh relishes her past years as a child artist, an exceptionally successful leading lady and her unmatched performances in numerous silver and golden jubilee hits.

Check out the detailed review of Asha Parekh: The Hit Girl.

Famous for batwing eye-lids, Asha Parekh debuted in 1959 film, Dil Deke Dekho, opposite Shammi Kapoor and never looked back. With her biography, The Hit Girl, Asha Parekh relishes her past years as a child artist, an exceptionally successful leading lady and her unmatched performances in numerous silver and golden jubilee hits.

The co-author of the book, Khalid Mohamed said about Asha Parekh,

“Asha Parekh was the trade’s delight. She gave a round of hits all through the 60s and early 70s. She was a great actor, and an excellent dancer, both western and India. Then, this JB Petit girl went on to head many film bodies, including the Censor Board.”

The Filmmaker-critic Khalid Mohamed took it to Salman Khan to come up with a foreword for the book and he immediately agreed to do it. Within a fortnight Salman came up with a clean and pure draft. He remarked it as ‘Salman, Dil Se’ as he penned his thoughts about the book and Asha Parekh’s long lasting career in the industry.

Not only the foreword, Salman Khan will also be launching the Asha Parekh’s biography, The Hit Girl, in an event at Mumbai on April 10, 2017.

Excited Enough? What are your thoughts on Asha Parekh’s biography ‘The Hit Girl’? Share them in comments.