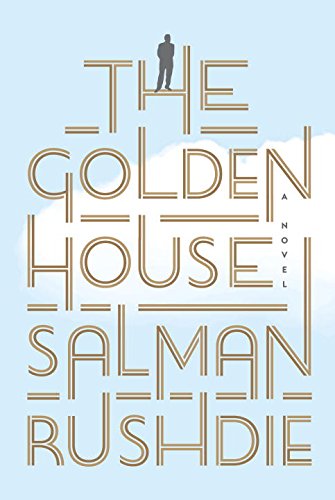 The story of The Golden House by Salman Rushdie is the contemporary saga set in the time frame before 26/11 attacks and post the inauguration of Barack Obama. A mysteriously wealthy family faces the tragedy in the Mumbai city and moves to New York to reinvent themselves forgetting the past. With a marvelous touch of fiction and splendid details, The Golden House by Salman Rushdie is a feast for the literature world dwellers.

Salman Rushdie’s latest book, The Golden House, discovers the cultural and political gap in the form of a terrific story told with originality and impeccable plotting.

This is a pre-release review of The Golden House by Salman Rushdie to be published on 05 Sep 2017. It will be updated after the release. Meanwhile, you can order your copy on Amazon.

About the Author : Salman Rushdie

Born in 1947, Salman Rushdie is an award-winning British Indian novelist having more than a dozen novel and short story collection to his credit. Rushdie was in Bombay to a Kashmiri family. His first novel, Grimus, was published in 1975 and fetched him the Booker Prize of 1981.

All of his novels combine magical realism with historical fiction into the thread of impeccable storytelling. His works have been part of controversies too. The Satanic Verses, his fourth novel, caused issues to the Islamic world and a fatwa for his murder was released. Salman Rushdie’s most recent book was Two Years Eight Months and Twenty Eight Night published in 2015.