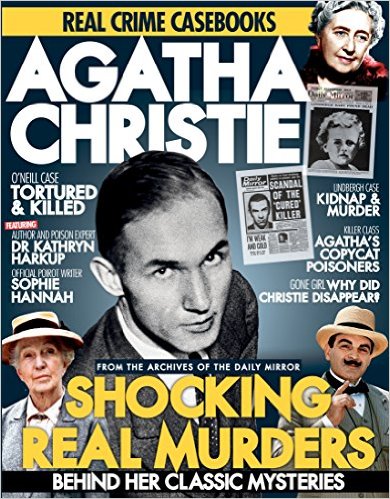 The thing that makes this new Agatha Christie book very special is that it takes a deep look through the bestselling stories of Agatha and the real murders that inspired her to write those crime mysteries. Shocking Real Murders unravels the secrets behind the clever detectives and wicked criminals featured in Agatha’s novels and compares two of Agatha’s incredible fictional detectives.

A must-have souvenir for all the Agatha Christie devotees!

About the Author : Agatha Christie

Agatha died in 1976 in  Winterbrook, England. She is regarded as the most-read crime fiction novelist and her fans still love her even after125 years after her birth.