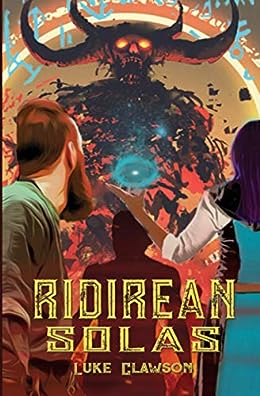 Ridirean Solas by Luke Clawson is a nordic fantasy story published in 2019 with Bowker publishing. An extract from Norse mythology, this book guarantees to keep you glued with its nail-biting action, drama, mystery, magic and so much more.

We all have heard stories of how our world came into being, how humans established their civilization on this planet, and what all it took to become what we are today, there are several mythical stories about the same. Ridirean Solas by Luke Clawson is one such story. 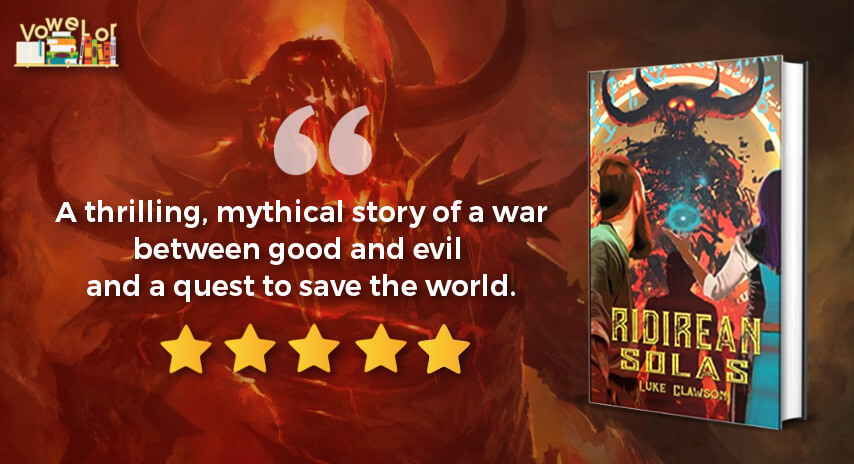 The story starts with a description of the structure of the Cosmos or the Universe. It goes on to show how our world i.e. Midgard was formed. The establishment of its various kingdoms and landscapes, like the Misty Lake of the Mist fairies, the forest of Elves, the undergrounds and the mines of the Dwarves, and the plains of the Humans.

How this division changed over time, how the lands split into kingdoms, the elves were pushed deeper into the forest, and how the school of mages was established on the small patch of Island situated in the middle of Misty Lake.

The humans, the elves, the mist fairies, and the dwarves lived peacefully in the lands of Midgard. But as the population grew the humans got divided into clans and eventually, the peace amongst them came to an end.

This led to huge losses of lives and unrest among all the groups. Eventually, this took the face of a full-fledged war which was ended, until it got revived by an outsider, who came to Midgard with the sole purpose of revenge and destruction.

This story is all about how the Midgardians fought this disaster. How the kingdoms of the Dwarves, the Elves, the Mages, the Mist fairies, and the Humans work as an ally to save the world. The losses, the sacrifices, the resistance, the power, the resilience, the magic and the mystery, the good and the evil, watch all these elements come together to form this beautifully balanced story.

An extract from Norse Mythology, the story revolves around the realms of the Cosmos i.e. Asgard, Midgard, and the various branches of the Yggdrasil. This is a story about the creation of Midgard, the formation of life and landscapes in it, and eventually, the first battle in Midgard which took the shape of a hugely destructive war between the good and the evil.

Ridirean Solas by Luke Clawson is a great read for all the reading enthusiasts who love to research and learn about different mythologies. It will be a thrilling and exciting journey for them which will not only expand their knowledge but will also tickle their curiosity and make them research more about it.

The beginners might get stuck at the start, one might also need to research a bit and take notes to kick-start the reading and get into the story. But once you start to follow the story the whole read is one full ride, filled with adventures, ups and downs that’ll keep you glued till the end and might also leave you wandering around the story even after the story gets over.

✅ Get your copy of Regarding Florians: Flashpoint by Kelly Jo Pardue on Amazon now!

Reasons to Add this book to your TBR

For all the Thor and Harry Potter fans out there, you will love this ride discovering surprising connections of your favorite movies and characters to this mythological story. For all the mythology lovers, you’ll be thrilled to find new stories and fun facts in your reading journey and for all the action lovers, this book will tickle your last two brain cells with its nail-biting action scenes, adventures, mystery, and all the twists. This book has something for everyone.

Find out how the Ridirean Solas, a Dwarf, An Elf, a barbarian warrior Priestess, two Humans from both the rival descendants of Ask and Embla, along with a Mist Fairy and a keeper Mage, bring all the kingdoms together and fight the great threat to save Midgard.

About the Author: Luke Clawson 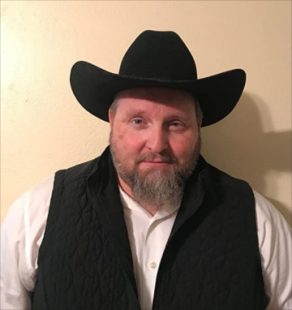 Luke Clawson is a multi-talented person, who has done an exceptional number of things in his life and aspires to do even more. He grew up in the family business of auctions and antiques. After finishing high school, he joined the Marine Corps right and also earned the title of United States Marine.

He is an ordained minister, and an actor, and has even been on TV. He is also a powerlifter and a truck driver. Luke says, “I didn’t know I liked writing until I wrote my screenplay.” His book Ridirean Solas is actually the backstory of the screenplay and he aims to make his screenplay his second book and a movie.

This review was written by one of the Vowelor’s book review team members – Shubhangi Shreya. She is a multipotentialite. She is a curious head who is always egar to learn new things.

She is a graphic designer and an aspiring journalist. In her free time she loves to discover new books and stories to add to her collection.