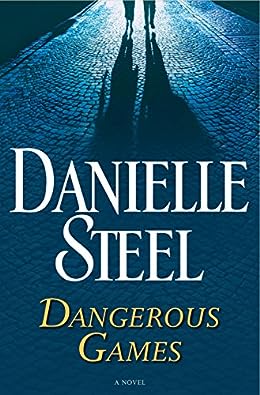 Dangerous Games by Danielle Steel is her latest novel featuring Alix Phillips, a braveheart reporter who can put her life at stake to get the real and the most important news to the world. Danielle Steel has once again written a riveting story with the blend of politics, corruption, passion and final justice.

The protagonist of Dangerous Games by Danielle Steel is Alix Phillips who works as a reporter who works with the cameraman Ben Chapman. Ben is a secret ex-Navy officer. The story of Dangerous Games really begins when Alix and Ben land into an assignment to investigate allegations against the Vice President of United States – Tony Clark.

As the Dangerous Games by Danielle Steel proceeds further, Alix reaches to the key character of Olympia Foster, widow of the popular senator who might have become President if not assassinated. Olympia and Tony have had a touch and go relationship earlier but could it be something Alix should worry about. As she digs deeper, the whole game becomes so dangerous that Ben has to be there for help.

Danielle has written her latest book, Dangerous Games, in her very own style that would let you leave the book until the end. If you like unpredictable crime stories with action and suspense both at the same time, then Dangerous Games by Danielle Steel is your pick.

An unpredictable story of politics, passion and justice that you can’t put down.

About the Author : Danielle Steel

Danielle Steel is an American Novelist and currently the bestselling author alive with more 800 million copies sold. She was born in New York and studied Literature at New York University. Her first novel, Going Home, was released in 1973. Since then Danielle has written over 30 books and 22 of which are adapted to TV.

Danielle Steel holds the Guinness Book World Record for her book being on the NY Times Bestselling List for 381 consecutive weeks. All of her books have been on bestselling lists and fetched her numerous awards. She also owns an Art Gallery in San Fransisco.