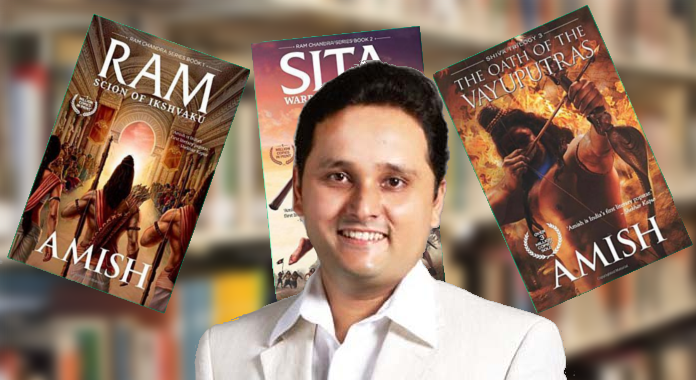 How about reading long mythological scriptures with a fictional twist? With Amish Tripathi books, you can wander those ancient mythical lands.

The famous Amish Tripathi book series Shiva Trilogy and Ramachandran have been marked as the fastest-selling books in the publishing history of India. The list of books written by Amish Tripathi is limited but have managed to accumulate enormous readership across the country.

The latest book of Amish Tripathi, Raavana: Orphan of Aryavarta will be released soon in the upcoming months. The connoisseur of mythology takes forward his series of Ram Chandra and writes about Raavana.

Thanks to his books which channelized the epic tales to us. Otherwise, I don’t think I would have ever read the long scriptures in my whole life. Amish Tripathi books are the ones which rekindled the love of mythology, making us understand the ancient scenarios that took place in the times to which we could hardly connect.

Before heading towards the books list of Amish Tripathi, let’s know a little more about the author!

With no prior writing experience, Amish Tripathi self-published his first book, Immortals of Meluha, after being rejected by 20 publishing houses.

The book became a best-seller within a week of its launch and turned Amish into a successful writer!

That’s when he decided there’s no going back to his boring banking job which he did for 15 long years.

With two popular mythology book series, Amish Tripathi’s books ignited the spark among the readers to know more about mythology. His books have been translated into 19 Indian and International Languages.

Later, he also wrote a non-fiction book Immortal India which gave him a successful entry into the self-help genre as well.

With the massive success of Amish Tripathi books, he was honored by many awards. Here is the list of feather embellished in his cap.

Let your soul immerse into the fictional mythology and add these books written by Amish Tripathi in your TBR list. You will surely feel the stories and philosophies of ancient times walking on your way.


Here’s the complete list of all books written by Amish Tripathi including his popular book series and the non-fiction book as well. I have also included one of the upcoming books of Amish Tripathi which is set to release in 2019. 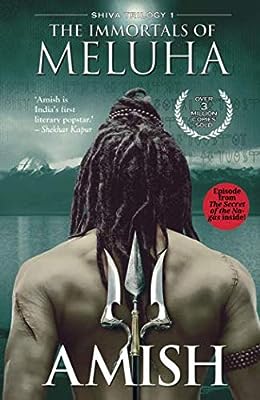 Immortals of Meluha is the first book of Amish Tripathi and the famous Shiva Trilogy. The plot of the story is set into the Vedic times which is also known as the Indus civilization.

Shiva, the male protagonist of the book comes down to the place Meluha in the quest of shelter and safety. Shiva is a loner and had left his native land, as he was continually attacked by the neighboring countries.

The book is a mythological fiction that perhaps help its readers to understand the ancient philosophies with a different approach and unique concept. 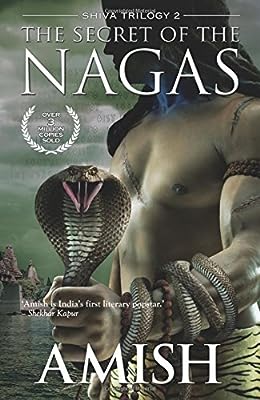 The second in the Shiva Trilogy, The Secrets of the Nagas, Amish Tripathi took forward the story-line of Shiva.

By now, Shiva has gained power and respect through his karma and has become Mahadev. The Nagas, people of serpent’s try to increase their maliciousness which will be alleviated through Shiva’s vengeance and rage for the death of his friend Brihaspati.

Pages after pages, many mysteries and truths will be unleashed. As the story unfolds you will surely find yourself hooked into the story. 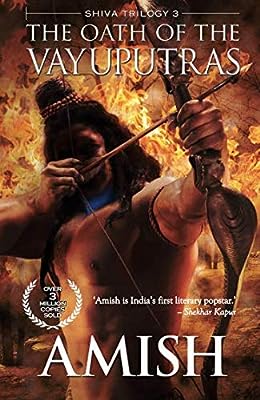 Third in the list of Amish Tripathi books and the concluding of the Shiva Trilogy. Finally, Shiva has identified the ‘evil’ and is intended to conquer the evil powers. The imaginary land of Meluha was saved by a wanderer Shiva who had taken shelter on the land.

Answering all the questions which must have generated in the reader’s mind, Amish Tripathi has wrapped up the series in an interesting way.

Amish Tripathi has recreated another famous saga, the Ramayana. This is the first book of the Ramachandran series. Ram who takes the center stage in the story, is the firstborn of king Dasaratha.

Being a dutiful son, he never mentions to his father about the inefficiencies of Kingdom. He decides to establish himself as a good leader and a great human.

You will be witnessing the journey of Ram, his rise as well as his failures. But at the end, you will be taking so much from this fictional fantasy whose characters resembles with the epic but their stories are completely different. 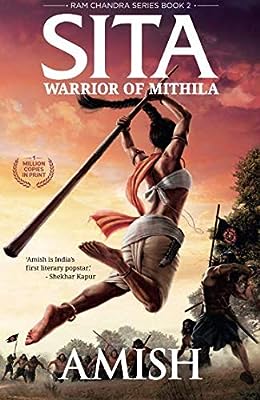 Continuing the Ramachandran series, Sita: Warrior of Mithila is the second book of the series.

Sita, a originated from the land, was adopted by a king of the less known kingdom. Sita who was protected by a vulture as a foundling is now preparing herself to be a warrior.

This magnificent read will take you to the thrilling adventure of Sita. Be accustomed to trail your way through her journey. 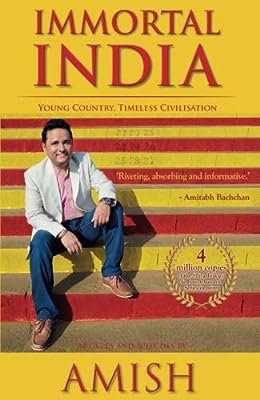 This is the first-ever non-fiction in the Amish Tripathi books list. The book is the compilation of speeches and articles by the author itself.

With a similar genre, the book covers topics like, religion, social belief, mythology and history which no doubt requires extensive research.

This non-fiction book by Amish Tripathi will certainly impact on your perspective, eventually, you will start thinking in a different way. 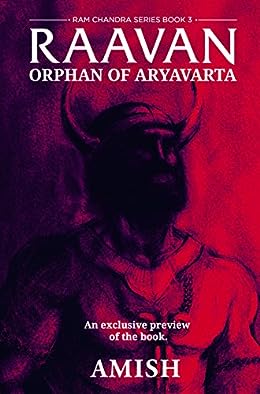 Raavan: Orphan of Aryavarta, will be the latest novel by Amish Tripathi. This book will soon be released by the mid of 2019, as tweeted by the author. It will be part of the famous Ram Chandran series.

The story revolves around the life of Raavan who resolves to take revenge for her sister’s insult. He prepares his armed forces to capture the Vishnu, knowing that Ram, Sita, and Lakshman are exiled in the forest.

All Amish Tripathi fans are eagerly waiting for the release of this book to enjoy the fantastic fictional mythology.

Now as I am a bibliophile, I would like to present my views on the writing style of Amish Tripathi.

The beauty of Amish Tripathi books is it gives the mythical characters a life. He convinces his readers that these characters are not mere imagination but they are a whole living being with flesh and bones like you and me.

Simplification of mythology is the differentiating factor for Amish Tripathi books. The intertwining of the Vedic story and the author’s imagination makes his books more intriguing to the audience.

Though sometimes, connecting to the character named and set in a similar scenario as of the epics, might be a task for readers.

Amish Tripathi, also known as the Dan Brown of India, makes sure that the philosophies and the myths he is talking about in his books are conveyed to his readers. It’s altogether a different task to narrate a story which has been told long ago, in a way that it hooks your reader.

Are you also a fan of Amish Tripathi, drop your thoughts in the comments section below. Also tell us what’s your favorite Amish Tripathi book.