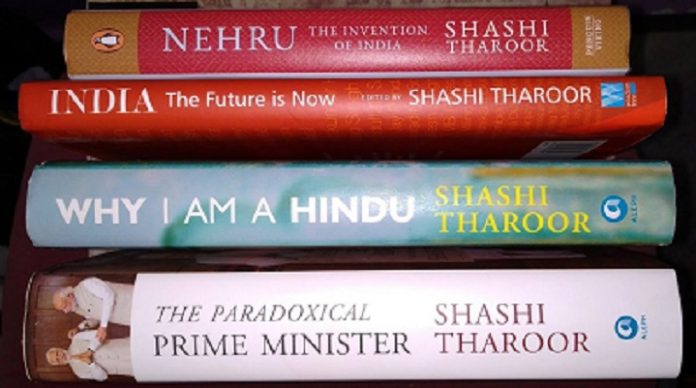 India possesses lots of talented English writers whose works received recognition not only in India but worldwide. But, Indian readers usually remain more inclined towards Literature of western counties such as U.K and U.S.A.

As an Indian reader, you should know about Indian English Literature and the books of famous Indian authors in our beloved country. Today, I’m going to talk about the works of one such brilliant Indian author and politician – Shashi Tharoor.

Shashi Tharoor has written many fiction and non-fiction novels which are considered one of the bests to understand India. If you are up for trying the works of one Indian author, then it should be Shashi Tharoor without any doubt!

So, here I’m presenting a list of all the famous books of Shashi Tharoor which you must read. I bet, after reading these books, you will start loving Indian English Literature as much as you love the literature of other countries.

To make it convenient for you, I’m also adding a little bit of necessary information about these books; hope you find it helpful! So, here we go:

If you have read the epic Hindu mythological story of Mahabharata, then you will surely love The Great Indian Novel written by Shashi Tharoor. Published in 1989, it is the debut novel of Shashi Tharoor which has won many awards and lots of praises as well.

Description: The author has basically juxtaposed the epic story of Mahabharat with the independence movement. The use of satire, wit, and humor makes this whole comparison unique.

The story is set up in pre-independence India. Various political leaders and movements are compared with the mythological figures and incidents of Mahabharat.

The failings and mistakes of Indian leaders have been highlighted through this unique comparison. The whole book is divided into eighteen parts; so you got a lot to read! 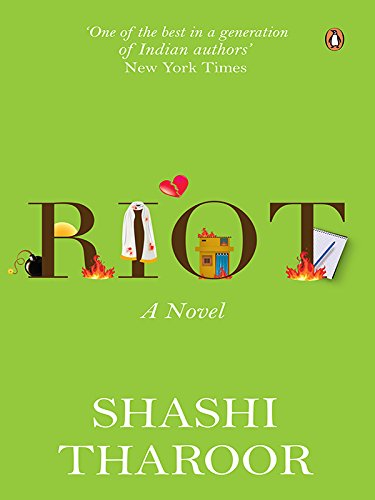 Published in 2001, Riot is the fifth novel of Shashi Tharoor. It revolves around the historical Indian Riots of Hindu and Muslim communities that happened in 1989.

The author has strongly presented how the lives of Indians, as well as outsiders, were affected by this religious fanaticism.

Description: The book is set against the backdrop of riots in India. The death of a young American volunteer, namely Priscilla Hart who was working in India, was shown. The mystery behind her death and the involvement of communal riots in all this is presented by the author.

The narrative is done in the form of diary entries. The novelist has portrayed the themes of love, hate, cultural collision, and religious riots powerfully in this book.

3. An Era of Darkness: The British Empire in India

If you love to read non-fiction books, then you can try An Era of Darkness by Shashi Tharoor. Published in 2016, this is yet another book which talks about the most controversial historic political topic of British rule in India. Reading it would remove many of your misconceptions about that time.

Description: Shashi Tharoor has presented the atrocities of British rulers and the loss of India that happened during British rule.

The ways in which colonizers exploited the Indians, drained the resources and destroyed our culture, as well as heritage, is shown in the book.

The author explained that British rule was highly disastrous and the benefits of this rule about which people talk are merely introduced by Britishers to serve their own purpose. The book is intense but well researched.

4. Pax Indica: India and the World of the 21st Century

Published in 2012, the book is based on Indian diplomacy and where it should focus on the changing times of the 21st century. People who have a keen interest in Indian politics should surely give this book a try!

Description: The book is centered on India’s relationship with the foreign nations in the 21st century. The author has also suggested some effective ideas for building a constructive relationship with other countries.

As the author has good knowledge of politics, so the book gives reliable information about the Indian foreign policy. The controversial India-Pakistan relations are also discussed in this book.

5. India: From Midnight to the Millennium and Beyond 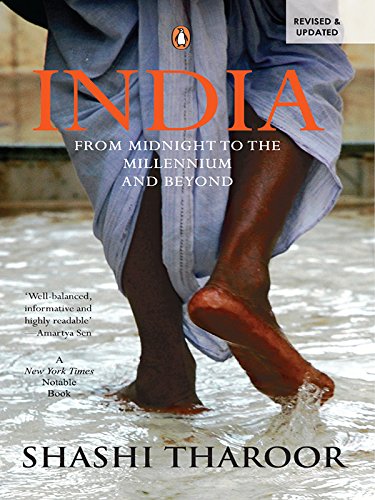 Published in 1997, India: From Midnight to the Millennium and Beyond is yet another non-fiction book of Shashi Tharoor that talks about some important topics related to India.

If you want to read an unbiased narrative of the various issues of Indian political history, then this 400-page book is worth-read for you.

Description: The author has taken various controversial issues like caste, democracy, and partition and discussed his perspective on it. He has also presented an unbiased picture of the political leaders like Indira Gandhi.

The author doesn’t hesitate in criticizing the eminent leaders of the same party from which he belonged. This represents the authenticity and accuracy of this text.

If you don’t like historical books, then you may get a little bit bored in between the book because of its genre.

Why I am a Hindu is one of the latest works of Shashi Tharoor; which is published in 2018. This non-fiction book talks about one of the ancient religions of the world that is Hinduism.

If you have an interest in understanding the cultural and religious history of India and Hinduism, then you must read this book.

Description: The book is divided into two major parts. In the first part, the author talks about the history of Hinduism and the great persons who contributed to the essence of Hinduism. He describes the concepts and lessons of this religion in an easy language.

In the second part, he talks about the rise of modern Hindu nationalism as “Hindutva” movement. Being a Hindu himself, he openly criticizes the self-created rules practiced by ordinary believers in the name of religion. He also criticized the extremist “bhakts” in the book.

7. The Five Dollar Smile and Other Stories 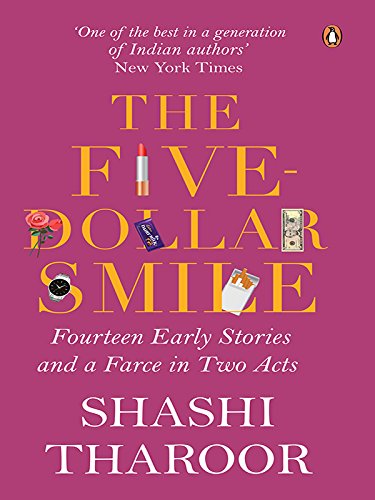 If you easily get bored by reading long novels, then you can also try the short stories collection of Shashi Tharoor. “The Five Dollar Smile and Other Stories” is basically created with the stories that were initially published in newspapers and magazines by the author. It took the form of a book in 1990.

Description: The collection contains various funny and touchy stories that were written by the author in his early writing days. The themes of these stories range from family, death to conflict.

It also contains college stories that are full of youthful charm. In this way, this book brings a myriad of flavors with it. People who don’t like non-fiction can try this book of Shashi Tharoor as it is pure fiction.

People who are interested in politics can also read The Paradoxical Prime Minister. This book is published in 2018 and solely based on our Prime Minister – Mr. Narendra Modi and his tenure.

Description: The story is brilliantly woven by the author’s knowledge of politics, his close accounts with the Prime Minister and his study of Modi’s governance.

In this book, the author has presented some elements with data, facts, and figures to show how our Prime Minister is a paradoxical figure.

Divided into five sections; the book talks about Modi’s life, his governance and the impact of all these things on our country. Tharoor has also discussed his views on various policies launched by the Modi government. It has more criticism rather than praise.

9. The Elephant, the Tiger, and the Cell Phone: Reflections on India, the Emerging 21st-Century Power

Lovers of politics and non-fiction can never dislike Shashi Tharoor as an author because most of his works are focused in this direction only. So, I’m mentioning one more such book which will be really useful for people looking forward to reading about the history and development of India.

Description: The author talks about how India has remained one of the largest democracies in the world, even after having so many ups and downs and a lot of diversity. He discusses the development of our nation in areas like science and technology.

Tharoor took five areas, namely politics, economics, society, sports, and culture, to discuss the strengths and weaknesses of India. He has presented accurate data and statistics for everything; which makes the information reliable.

If you love to know more about Bollywood, then you must give this fiction book a shot! Published in 1992, this book is created to satirize Bollywood business, politics as well as religion. The fictional tale of a superstar is used for this purpose.

Description: The author has presented the story of a superstar, namely Ashok Banjara, who has been badly injured during the shoot. Fighting for his life, the superstar thinks about his life as a star and its various incidents.

These incidents are strategically used by the author to parody the film industry. He also raised some questions related to contemporary Indians and provided the answers through this fiction work.

According to the author, the book questions every “show business” like the film industry, politics, and even religion.

So, I have suggested 10 super awesome books of one of the most respected authors and diplomats – Shashi Tharoor here. You can shortlist any of these as per your own interest and reading speed.