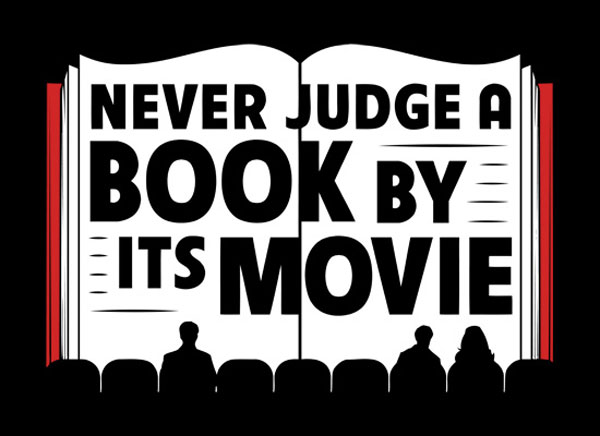 Believe me, they will never stop making movies based on books. And this year too there are so many books getting adapted into movies. From Fifty Shades Darker to Beauty and the Beast, all are lined up for release this year. No no, I will not go into that old heated battle of ‘Book vs Movies’. Instead, I am enlisting all the books being made into movies in 2017!

So, If You’re preparing your reading list for 2017, then you must add these books before their movies hit the theaters. If you know what I mean! 😛

As this bestselling book is being made into a movie, it will be worth watching! The story is about a High School teenager, Samantha, who suffers a car crash and keeps reliving the same day over and over again. On the pretext, Samantha’s friends have been torturing an outcast student from the school.

This movie is based on the book by Daine Ackerman, first published in 2007. It is a true story of a couple who saved lives of many humans and animals during the World War II by hiding them in cages.

Wonder is an adaption of the book of the same name written by R.J. Palacio. The movie will feature Jacob Tremblay as August Pullman who is a school kid with face deformity trying to adjust with people around.

The Lost City of Z, David Grann’s book is now being adapted into Hollywood film by Bleecker Street. It is the true story of British explorer Percy Fawcett, who journeys into the Amazon and discovers evidence of a previously unknown, advanced civilisation.

Set to release in April 2017, The Circle is based on Dave Eggers’ novel about a woman working at the world’s most powerful Internet company. Soon she finds out her decisions can change the future of humanity.

Another book that I am afraid if turned into a movie might not be as good as it is. The book-adaption film will feature Nick Robinson and Amandla releasing in May 2017.

If made as expected, this movie is surely going to take you the world of Rebecca from the novel. The film version of My Cousin Rachel will hit the theatres in July 2017.

It is going to be an action-packed film, a quasi-sequel to Stephen King’s book The Dark Tower VII.

Another Stephen King book being made into movies in 2017. Based on the classic horror novel, ‘It’ is a story of seven children who are terrorised by a mysterious clown.

10. The Mountain Between Us

The story of a surgeon and an author struck on a wild mountain surviving a plane crash, The Mountain between Us, is a stupendous romantic thriller novel which is now being made in a movie releasing 2017.

11. Murder on the Orient Express

One more classic crime novel will be turned into a film this year. It is the very own Agatha Christie’s Murder on the Orient Express where detective Hercule Poirot hunts for a murderer on the world’s most luxurious train.

This marks the end of the list of books being made into movies in 2017. How many of these have you already read? How many are  you going to read before they are made into films? Let us know everything in comments.

Also Read: 11 Reasons Why Books Are Better Than Television