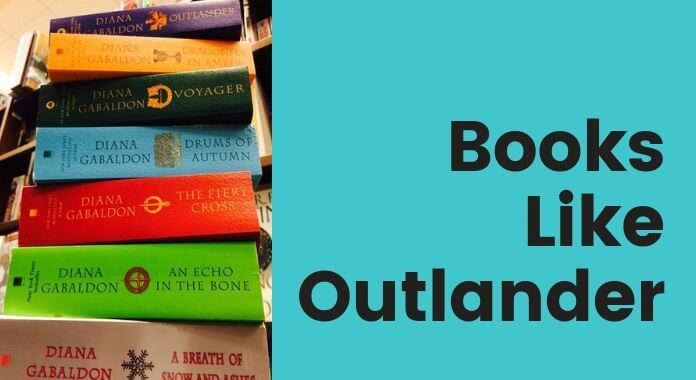 Ever since I have read Outlander books, I don’t think any other book can make me feel the same about love as this book series did.

I have held onto the characters of the story for longer than you could imagine. And, like any other bibliophile, it is hard for me to move on.

Now, I think I am ready to loosen the rein of my characters and let them go. But, I am not at all ready to give up on this genre of literature.

So, I have decided to do a lot of research on finding books like Outlander and surprisingly, I was able to find many of them which can feed my hunger towards reading more of the similar story style like Outlander.

I am sharing with you all the books similar to Outlander for people like me and you and for all people like us who just can not get over from such an amazing read.

These list of books similar to Outlander is all I can offer you to add in your all-time favorite romantic books list. 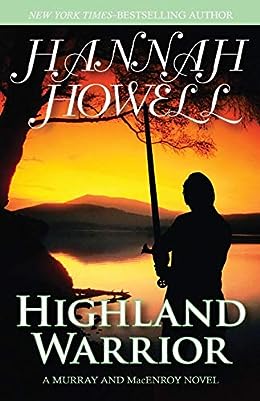 Fiona is a beautiful and attractive girl who is captured by the horde of well-armed men and driven into Scotland’s wildest hills. Instead of fighting for her life she was saved by a powerful stranger and carried away to some remote forbidding keep known as Scarglas.

Fiona feels a strangely comforting sense in this dark and odd place with the mighty stranger Ewan Mcfingal. Though Ewan is completely stunned with the beauty of Fiona, he is still determined to protect her.

It is always delightful to read about such timeless love to unravel its unshakable power.

2. The Clan of The Cave Bear by Jean M. Auel 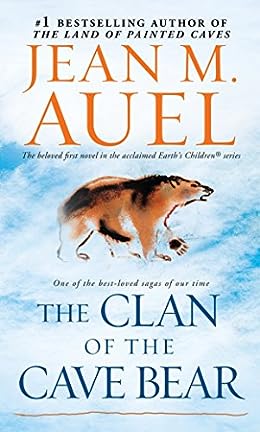 After the devastating earthquake, Ayla, a young girl is wandering alone in an unfamiliar and dangerous habitat of Neanderthal.

Ayla is orphaned homeless and is left to starve. Things become worst when her wounds are infected and she faints on the verge of death.

She was found by the people of ‘The Clan’ exhausted and collapsed, the medicine woman; Iza offered her for the help. The story takes its turns when the next leader of the Clan believed that Ayla is the threat to his authority.

This powerful story is a moving saga about relationships, people and the boundaries of love.

3. Into the Wilderness by Sara Donati 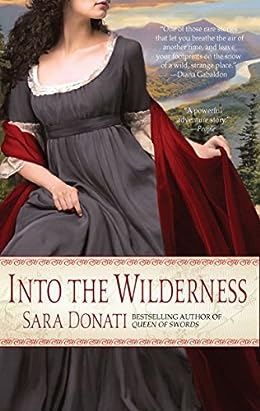 This ‘not so easy’ love story written by Sara Donati will take you to 1792 narrating profound and passionate portrait of emerging America.

Elizabeth Midleton moves from the English estate to the remote New York city where her family lives. She has never experienced such ambiance and has never met a man like Nathaniel who is a Native American.

All Elizabeth wants is, her independence and to teach local villager’s children. Meeting Nathaniel, a loyal, manly, strong and lethal man, she couldn’t stop herself from falling for him.

As the story unfolds itself you could sense the impossibility of their love and witness their interweaving fate.

4. A Year and A Day by Virginia Henley 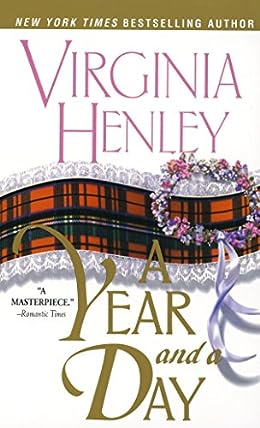 If you are still in the quest of books like Outlander then you cannot miss Virginia Henley and her enchanted romantic novels.

Lynx de Warenne is ready with his army to invade Scotland in order to secure the royal castle at Dumfries. The greatest desire of thirty-year-old, widower Lynx is to have children who will brighten up his life.

With the longings of a child who will be his heir, Lynx is a man who is afraid to fall in love. He was suggested by Jock that according to one of the rituals of Scotland that allow men and women to sleep together for a year and a day and if the union produces a child then they may or may not get married.

It is interesting to read how the story takes unexpected turns when Jane, the strong-willed women meet Lynx and this unlikely pair becomes the part of the strong love and family bond.

5. The Rose Garden by Susanna Kearsley 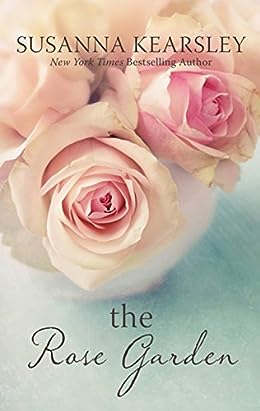 What if you fall in love with the person who is dead now? How will you ever live to your happily ever after?

Eva who has returned to her childhood home to scatter her sister’s ashes. But when she returns to Cornwall where she has spent her most of the summer days, the memories and her own ghost of the past haunts her.

She could see and talk to the inhabitants from hundreds of years ago. In the midst of her transition to the past centuries, she soon finds herself falling in love with Daniel Butler, who lived and died many years ago before she was born.

This glorious romantic book is highly recommended for the people who love reading books similar to Outlander. 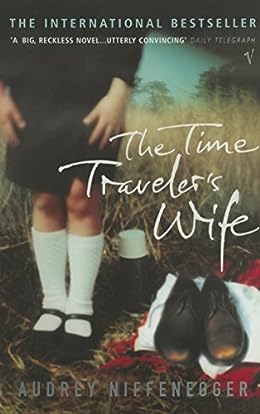 Will you ever love the person who can travel in time but not stay in the present?

Time Traveller’s Wife is the debut novel of Audrey Niffenegger which is quite hard to believe after reading such an imaginative and poignant tale time travel romance book.

Knowing Henry’s genetical Chrono-Displacement Disorder, which is responsible for his slipping in and out of time. His disappearances are spontaneous, his experiences unpredictable, alternately harrowing and amusing.

This love tale raises questions about love, life and the effects of time in a relationship.

7. The Bronze Horseman by Paullina Simons 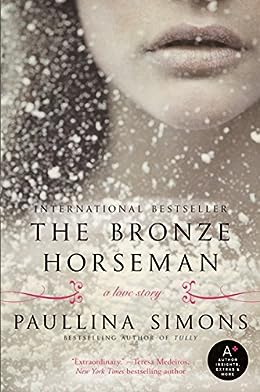 The Bronze Horseman Books Series is a collection of three books which I guarantee you will not wish to miss.

The story is set in the times of World War II when Alexander and Tatiana meet in the most unexpected ways and embarks an impossible love for each other.

You need to read this trilogy to unravel the secret of Alexander which is as devastating as the war itself and which can change the lives of the two lovers.

This heartbreakingly beautiful and eloquent story will make you feel the love in all its ways.

8. My Name is Mary Sutter by Robin Oliveira (Series) 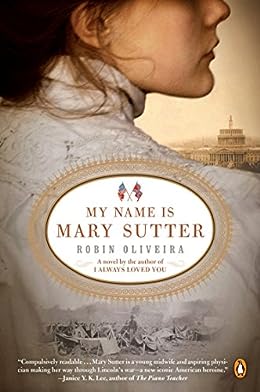 Book nerds who live by words and love their characters cannot deny adding this novel in their list of books like Outlander.

Mary Sutter is an intelligent girl who is a midwife and aspires to become a surgeon. In the outbreak of the Civil War, Mary runs away from her recent heartbreak. In Washington D.C. she helps to tend the injured soldiers of the war.

During her medical practice, two surgeons fall in love with her. It is interesting to read how Mary Sutter fulfils her dream of becoming a surgeon dodging all the odds.

9. The Winter Sea by Susanna Kearsley 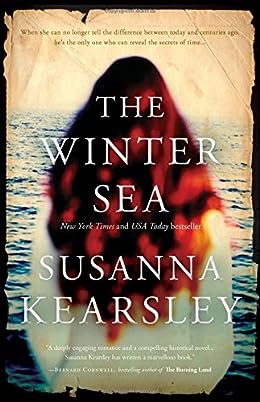 Carrie writes a novel which chronicles the tale based on Jacobite invasion of 1708 and named her heroine after one of her ancestor’s name.

Later, she realizes that her fiction is actually the facts and is dealing with the ancestral memory. That means, she is the only person alive who knows about the actual truth behind the ancient events.

It is not easy to read about the ultimate betraying truth which can destroy Carrie but you will make through this enthralling book series.

10. The Nightingale by Kristine Hannah 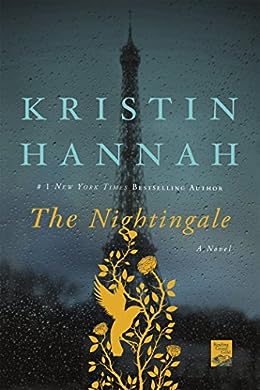 Based on the true-life story Andree de Jongh, The Nightingale is written by Kristin Hannah and was published in 2015.

Vianne who lives with her younger sister, Isabelle and her daughter, misses her husband Antoine (who is in a Nazi war camp). Isabelle is a rebellious eighteen-year-old and falls in love with Gäetan, who believes that French can win from the Nazis.

Things get more difficult for Vianne when she gives shelter to a Nazi soldier and tries to put her family together in this time of crisis.

11. Lady of the Glen by Jennifer Roberson 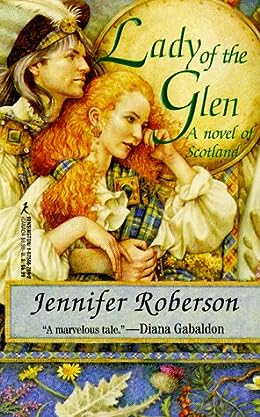 A novel set in the 17th century Scotland narrates the Massacre of Glencoe is a 1996 historical romance fiction.

Catriona and Alasdair Og MacDonald are two lovers of the enemy clans. As the year’s pass, the heart proves stronger than the sword, and they boldly pledge their love to handfast forever.

If you like the Outlander book then this novel of ancient history and breathtaking romance will soon become one of your favorite books.

My favorite from the list of books similar to Outlander is Time Traveler’s Wife. It is the most astonishing and the poignant take I have read till now and I would highly recommend you to be the part of this time-traveling romance story.