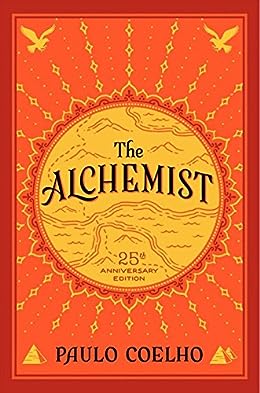 The Alchemist is a fascinating tale of journey and self-discovery. However, it is also predictable with the story hitting all the familiar beats you might have seen or read multiple times across various forms of popular culture.

What happens on the journey, the characters he meets along the way, and his final discovery makes for the plot of Paulo Coelho’s popular book.

The Alchemist tells the story of an Andalusian shepherd named Santiago who after having a recurring dream, believes it to be prophetic and sets out on a journey across the Egyptian landscape in search of a treasure.

A few years ago, when I had completely given up on books to read, The Alchemist became a digestible inception point for me to start reading again.

For a first book, it’s easy to understand prose, and short length is a welcome attraction for novice readers trying to get into the act of reading.

It’s a premise, however, leaves a lot to be desired. Have we not read or heard stories of men and women going on an overwhelmingly treacherous journey, only to find at the conclusion of it, that ‘what they seek, was within them all along’.

However, given the fact that The Alchemist came almost 25 years ago, many of the similar work that followed can be attributed to the popularity of The Alchemist’s storyline.

And, that is perhaps the biggest accomplishment of this book. Despite it’s simplistic and predictable story, the fact that it gave rise to similar works makes it arguably one of the best books ever written.

Another thing the book gets right is its central protagonist Santiago. The book is literally following his journey from the beginning till the last page. A poorly written character could have tanked the entire book, however, Santiago comes off as very likable that you are hooked and go along with his journey.

There are other rather odd characters that Santiago comes across during his journey. Each fulfilling a cliched trope that they must accomplish in similarly designed plot lines.

There is the old wise king who introduces the idea of ‘personal legends’ ( more on that later). A conniving thief, an Englishman in search of an Alchemist, and a love interest for Santiago in the form of an Egyptian girl.

All of these characters are used predictably to induce some much-needed drama to the journey of Santiago. As characters, they serve their purpose in the development of the central protagonist and don’t really have a memorable character arc of their own to remember about.

Now the book is popular in introducing the concept of ‘personal legends’. Personal legends as the old wise king say “is what you have always wanted to accomplish. Everyone, when they are young, knows what their Personal Legend is.”

The concept of personal legends, not only clearly defines what the underlying message of the book is, but also what reader base the book is aiming at.

It is a story that speaks to the souls whose dreams are lost in the pragmatic pursuit of an everyday livelihood. It is about fighting for your passions even when the Battle is hard. Who doesn’t relate to that notion?

Although predictable, Alchemist unravels with a well-paced plot with a much needed underlying message.

Being a millennial, looking from my perspective, the story hits so many familiar beats that I can’t help but find the book redundant and predictable. But, I still cannot deny the importance of its prose owing to the current situation of our generation.

It still has the power to resonate with readers, even if it is by today’s standards highly overrated. In the 90’s the book was everywhere. President Bill Clinton himself was photographed with the book in one of his outings.

It’s a simple plot, and short length is incentive enough to get people into reading. Yes, the plot might seem derivative, but it is still an important read for fans of literature and budding authors alike.

This review is written by one of our Vowelor Facebook Community member – Saifan Shaikh. He is fond of reading books and also a proud book lover.