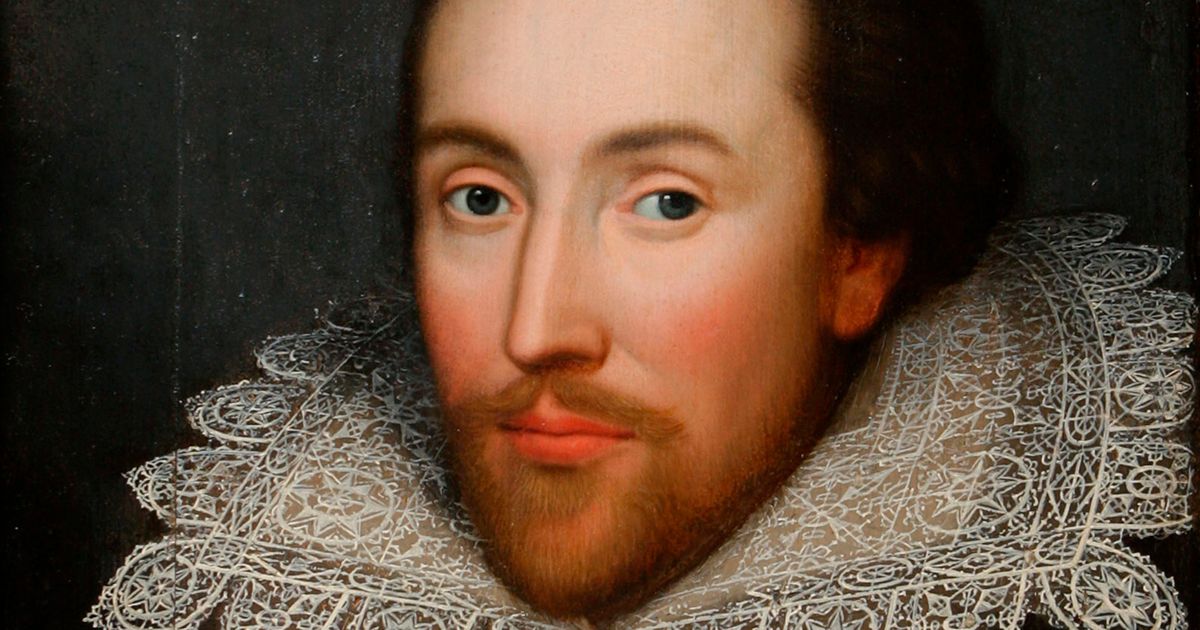 His followers had so many things to discover about his life. And in this article, we try to deliver the maximum knowledge, facts and almost everything in this brief biography of William Shakespeare.

William Shakespeare was the man whom we praise as the ‘God of English Literature’ today. With his written words, every aspect of imagination broke away to reality. He taught the world to fantasize about what is not real yet can be imagined.

Throughout his life, William Shakespeare sewed the art in its best unique way that can hypnotize the soul of even the dead remains.

Here are some quick facts before we get to the William Shakespeare Short Biography.

AKA
Shakspere
Will Shakespeare

NICKNAME
“Bard of Avon”
“Swan of Avon”
“The Bard”

He spent his childhood years in a half-timbered house on Henley Street. The house was later on purchased by a charitable trust named, Shakespeare Birthplace Trust in 1854  and after restoration and refurbishment, it is now open for today’s visitor. 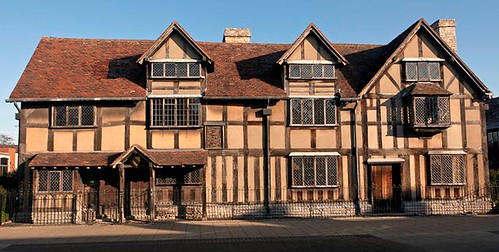 One of the fascinating displays of William Shakespeare’s house is a glass window covered with the signatures of visitors to the house over the centuries. Among these signatures, some are of the famous laureates including actress Ellen Terry and also novelists like Sir Walter Scott and Charles Dickens.

John Shakespeare, the father of William Shakespeare, worked as a town official for Stratford. He was also a local businessman working with white leather to make items like purses and gloves. William’s mother, Mary Arden who has married John Shakespeare in 1557, was the youngest in her family and inherited much of her father’s landowning and estates when he died.

William Shakespeare was the third child of John and Mary Shakespeare. Joan and Margaret were the names of Shakespeare’s sisters. Margaret died after six months of her birth date.

Very less knowledge is available about William Shakespeare’s education and qualification. Although, it is anticipated that he got his basic English teaching at the age of six in King’s New Grammar School. But, many pieces of evidence prove that William Shakespeare whose work is read globally doesn’t attend even basic education.

Some facts also revealed that Shakespeare was removed from the school at the age of thirteen due to the financial problems of the family.

The education of William Shakespeare continued on the topics of the great classical authors and dramatists such as Ovid, Plautus, Horace, Virgil, Cicero, and Seneca. 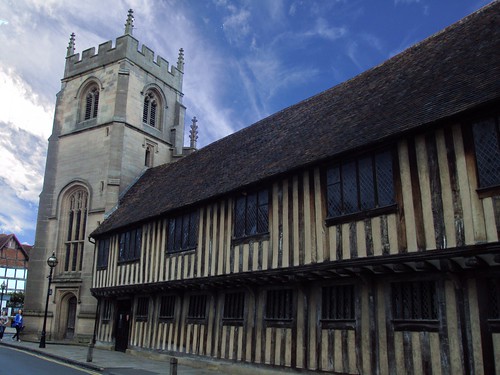 William Shakespeare short biography could not be complete without mentioning William’s wife and his married life.

He used to live in London and spent most of his time in writing and acting his own plays. William was mostly absent from his family and would come only at the time of Lent when most of the theatres were closed.

Every one of us knows that he was the artistic man of words which makes his works such as plays, poems & sonnets to be the most important part of this short biography of William Shakespeare.

You may not believe but more than 400 years ago, Willliam Shakespeare’s first poem ‘Venus and Adonis’ was entered in the stationer’s registrar on 18 April 1593. The second poem which was ‘The Rape of Lucrece’ registered on the 09 May 1594.

Shakespeare has written 38 plays, 2 narrative poems, 154 sonnets, and a variety of other poems. His plays were written mainly in three genres; History, Comedy, and Tragedy while the sonnets were written in various themes.

Few of his comedy plays are ‘All’s Well That Ends Well’, ‘Much Ado About Nothing’, ‘The Comedy of Errors’ and many other notable plays of this genre.

After writing these light-hearted plays Shakespeare wrote tragic plays for six-seven years. His some of the great plays like ‘Hamlet’ which is now considered in the list of must-read books, ‘Macbeth’, ‘Othello’, ‘King Lear’ and ‘Antony and Cleopatra’, all of these are sufficient to distinguish the tragic times from that of the comedy and history.

Many of William Shakespeare works are still the finest one ever written in English and are considered as the most influential and performed works in literary history.

Some Other Facts About William Shakespeare

During his amazing journey of exquisite art, Shakespeare performed in front of Queen Elizabeth and later before James I. He was in good terms with both the great monarchs. King James I allowed William Shakespeare and his six associates to open a theatre in London and named it ‘King’s Men’.

He has the credit of introducing almost 3,000 words to the English language as per the Oxford English Dictionary.

The last play written by William Shakespeare was ‘The Noble Kinsmen’ in 1613 when he was 49 years old. ‘The Comedy of Errors’ is Shakespeare’s shortest play with only 1,770 lines. It is certain that two of Shakespeare’s plays had lost names as Cardenio and Love’s Labour’s Won.

You would be surprised to know that William Shakespeare died on the day of his 52nd birthday that is 23rd April 1616. He was interred in Holy Trinity church.

Towards the end of this William Shakespeare brief biography, let us tell you the last words of the immortal legend.

William Shakespeare’s tombstone is written with the words which appeal that he is left to rest in peace with a curse on those who would move his bones. 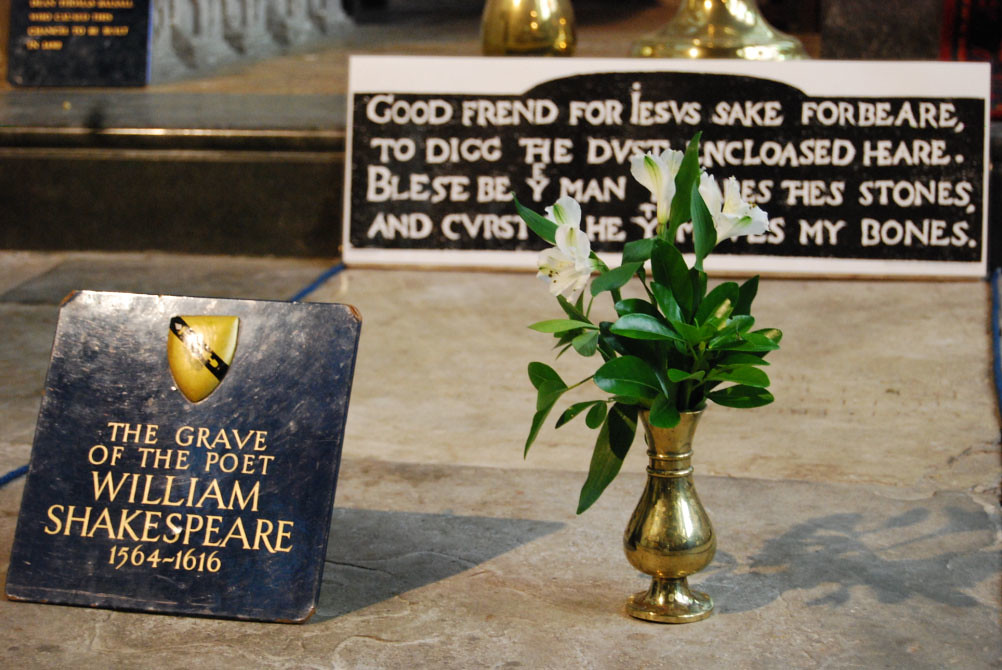 Good friend, for Jesus´ sake forbeare
To digg the dust enclosed here!
Blest be ye man that spares thes stones
And curst be he that moues my bones.

Translated this reads as:
Good friend, for Jesus’ sake, forbear
To dig the dust enclosed here;
Blest be the man that spares these stones
And curst he that moves my bones.

Want to share your thoughts or have some facts to add to our William Shakespeare Short Biography? Drop your valuable comments below!

19 Best Quotes to Inspire the Writer in You