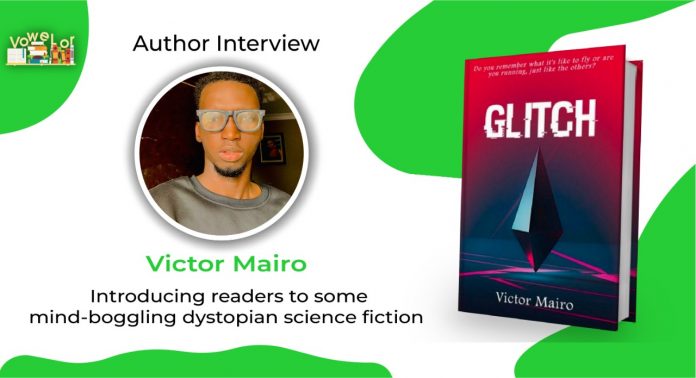 Dystopian fiction is one of the trickiest genres per what I believe. Setting up a world so twisted and deformed that it makes the reader feel that disturbance in their thoughts is the first of many things that make it work. And one of the best examples of it is Author Victor Mairo’s latest addition to the genre, Glitch.

After the release of his book, we, at Vowelor, had an interesting conversation with Victor about his writing. But, before we continue with his interview, here’s a little something about him:

About the Author: Victor Mairo 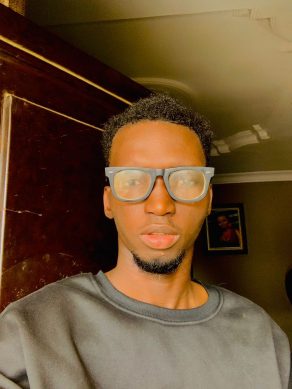 Victor Mairo is a full-time writer from Lagos, Nigeria, and has written multiple novels on websites like GoodNovel and Readict. He is an alumnus of Delta State University in Abraka. Not only he has a knack for reading and writing, but he’s also a huge fan of Japanese anime and other forms of animation.

Further, Victor shared about his life, his writing journey, his inspirations, and more interesting things about himself. Here are all of his interesting answers:

My name is Victor Oghenemairo Igbruke aka Victor Mairo. My mother gave birth to three girls asides from me. I’m the third child and only son of the family. I’m a freelance writer who loves reading so much. I read Dawn by V.C Andrews when I was ten years of age.

When and where were you born and bought up?

I was born and brought up in the city of Lagos, Nigeria. It was known as Ajegunle. One of the worst places known to Lagos in general. It was a survival of the fittest mentality and I felt like I was too fragile as a child. We had to relocate when I was eight years old.

I’ve always been curious. It was a flaw of mine, as some would say. I asked questions nobody had answers to. So, I kept to myself and just observed the world go by. I was a talkative child, up until a point. Instead of asking questions, I just observed. It served me well. I was the quiet kid who had few friends.

Days when my father would come back home with a box of toys or movies or even food. He did that often, even when he didn’t have to. I loved that fact a whole lot. Days when my mother would call her children and tell stories. Also, days when my eldest sister would talk about her travails in boarding school, but only in a comical gesture.

Writing ‘Glitch’. You see, I’ve written novels before. On a few platforms like GoodNovel and Readict. I was proud of myself then but when I wrote ‘Glitch’, I wasn’t mentally stable. I’d just gone through a bad breakup and some would say I was sane only by willpower alone. ‘Glitch’ was born out of pain and a sense of betrayal. It remains one of the best things I’ve ever done for myself.

I’ve always loved reading. Reading transported me into worlds I couldn’t even explain the level of ecstasy they wrought in me. So, one day, I decided to do the same. Create worlds for others to feel exactly what I felt. That’s why I write, to create magic that people can get lost in.

I can’t name one. Several, over the years. Brandon Sanderson, Neal Shusterman, Will Wight, JK Rowling, Daniel Steel, V.C Andrews, etc. These writers made me.

I read. I’ve always been an avid reader. So, reading is one of the most relaxing things for me as a writer. I also watch Japanese anime as another source of stress relief.

Here’s a motivational expression from me that’s kept me going and ultimately been a source of inspiration through it all.

“I do not aim for the sky, I want to own the heavens.”

I love reading fantasy books. Books that make me deliberate and create a sense of hype within me. Books that would propel me forward as a writer and a human in general. Oathbringer by Brandon Sanderson. The third in The Stormlight Archives series. A must-read.

I don’t think I’d want to be one. Maybe I’m being too self-conscious but I don’t think there’s a novel I’d have loved to be the author of. I believe these authors put their blood, sweat, and tears into it. I can admire them but I definitely won’t feel good even thinking about taking their place.

Very random. I don’t write daily except for poems. They’re haphazard at best. I’m good at what I do so I write whenever it strikes me.

What is the reason you write for; is it for the readers or yourself or something else entirely?

A little bit of both. I write for me, to read and be ecstatic as to the worlds I can create. It creates a semblance of peace within me. Then, for others to see the world I created.

About the book: Glitch 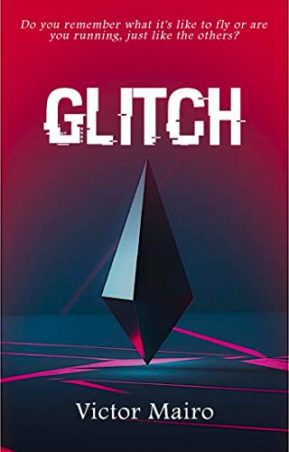 Set in twenty-second century Nigeria, or Cinder City as it’s called now, Glitch follows Mavery Villin and her misadventures in a society that is solely based on colorism. The protagonist belongs to the community of the Blacks, the worst of all as per the system, and the ones who’ve gone through unfathomable violence and brutality due to it. That’s all Mavery has seen since the day she was born.

However, what will happen when her entire existence and all the beliefs get challenged and she finds herself taking decisions that can absolutely alter the course of her life?

Dystopian fiction. I’ve seen the state of the world around me and honestly, it’s nothing to write home about. Especially Nigeria with its corruption. So, I wrote based on present realities.

First off, I wanted to paint a picture of what I expected a futuristic country to look like if there was no way to stop the downward spiral of the country as a whole. It was enlightening while I wrote.

What makes ‘Glitch’ stand out in this genre?

It’s a brand new perspective on what an entire country would be like if left to foster in segregation and corruption. There is also audacity. Calling a spade a spade.

This book doesn’t try to appeal to your senses. It’s not full of propaganda. It’s the words of a boy waddling through life and seeing with an unfiltered lens, the madness that we’ve appropriated into the world.

The book has disturbing aspects like colorism, intense brutality based on that, and a lot more. What were the hardest and the easiest things or ideas to incorporate?

The betrayal. It hit like a freight train. While I wrote it, I couldn’t help but shed tears. It was a personal and emotional moment for me. I had to stop for a few minutes to shake off a panic attack. Yes, it was that bad.

Self-discovery. I started to discover who I was. It was a heady feeling, realizing that the characters were fashioned from bits and pieces of me that I tried to discard like used furniture. I found myself heading towards enlightenment. It was fulfilling in the long run.

This is not exactly a hard one. I’m writing fiction that’ll be made into different forms of media to be consumed by the general public.

The second part of ‘Glitch’ and a new assassin story I don’t have the title yet. Book two of ‘Glitch’ is halfway done already. Although, I’ve been on a hiatus since March 2022.

What does success mean to you as an author?

A lot of things. It means millions of people have my books at hand and read it not just for leisure but for lessons. It means people read my books and they find reasons to be alive, reasons to smile again. That’s what success means to me as a writer.

Do you prefer self-publishing or traditional publishing, and why?

It’s hard to be traditionally published as a new and untested author in this day and age. With lots of big names churning out books daily from publishing houses, no one would remember an inconsequential writer with just a book to his name and a dream. Self-publishing helps people realize that dream, more or less.

Giving up as a writer is a thought that crosses the mind more than once during your writing and publishing process. Don’t lose hope, there’s always going to be space for new books. You’re important, don’t forget.

A platform that has given me self-expression without imposing itself on me. Known for patience and understanding, I’ve not seen a better promotional platform. Thank you for this opportunity, Vowelor.

Author Trevor H. Lund: Spinning a web of time and space in sci-fi

Author Charley Black: Keeping us hooked to her paranormal romances