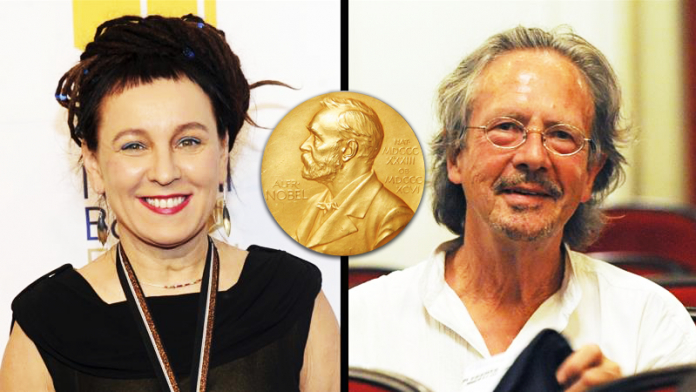 The Nobel Prize for Literature 2019 has been announced on 10th October at the Swedish Academy, Stockholm. This time the Nobel Prize is awarded to the Austrian author, playwright, and translator Peter Handke.

It was quite disheartening for literature lovers when the Nobel Prize in Literature 2018 was postponed due to the sexual assault scandal that engulfed the Swedish Academy.

Therefore, the Nobel prize for literature 2018 was also awarded in the same ceremony to a Polish writer and activist, Olga Takoarczuk.

Here’s how the big news was made public… 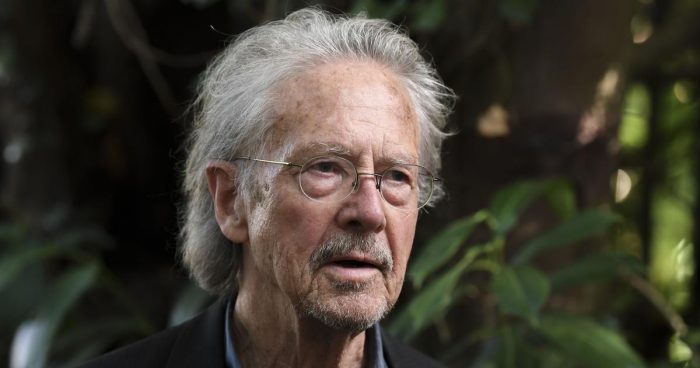 After hearing the announcement for the Nobel Prize, Peter Handke said in an interview describing the feeling of winning such a prestigious award. He said it felt like a sense of freedom he has never felt before.

Though there are not many fans of Peter Handke and the Nobel committee is facing much criticism for choosing him for the Nobel prize in Literature 2019.

His selection provoked controversy because in the past the author has denied the Srebrenica genocide, for his close ties with former Serb leader Slobodan Milošević and giving a speech at his funeral.

In response to the controversy, Mats Malm, permanent secretary of the Swedish Academy said, “It is not in the Academy’s mandate to balance literary quality against political considerations.”

Peter Handke wrote his first novel, “The Hornets” which was published in 1965. Since then he has been writing essays, plays, and novels. One of the acclaimed novellas of Peter is A Sorrow Beyond Dreams, which was based on his mother’s death.

The controversies have always been a part of Peter Handke’s achievements and laurels. Earlier, he was selected as the winner of one of the prestigious awards of Germany, Heinrich Heine Prize but due to the public’s outcry, he had to return the award.

Later when he was awarded International Ibsen Award in 2014. Then also, he had to face protestor’s outrage in the award ceremony.

When talked about the prestigious award, Olga Tokarczuk showed her gratitude to the translator and said that “That’s why translators are so important. They are like fragile links between languages, reminding us that literature is one.”

The Nobel Laureate Tokarczuk was cited for “narrative imagination that with encyclopedic passion represents the crossing of boundaries as a form of life”. One of the committee members said that her writings are “centers on migration and cultural transitions”.

Olga started her writing career with the debut novel, “The Journey of the Book-People” for which she was awarded Polish Publisher’s Prize. But it was her third novel, Primeval and Other Times that gave her recognition.

She is the bestseller author in Polland, though ever since she has won Man Booker Prize in 2018 for her book Flights, which expanded her audience across the globe.

You can also check out the shortlist of the Man Booker Prize 2019 in my article.

Have a look at the whole event of the Nobel Prize 2019.

At last, I think we should judge any Nobel prize-winning authors on the basis of their writings, rather than on their political opinions.

Alfred Nobel, who established these awards in 1901 has said that “the person who shall have produced in the field of literature the most outstanding work in an ideal direction.”

I believe you are also as excited as me to read their books. I haven’t read any book of Olga Tokarczuk till now, though I am planning to binge read them after the acclamation of one of the highest awards, the Nobel Prize.