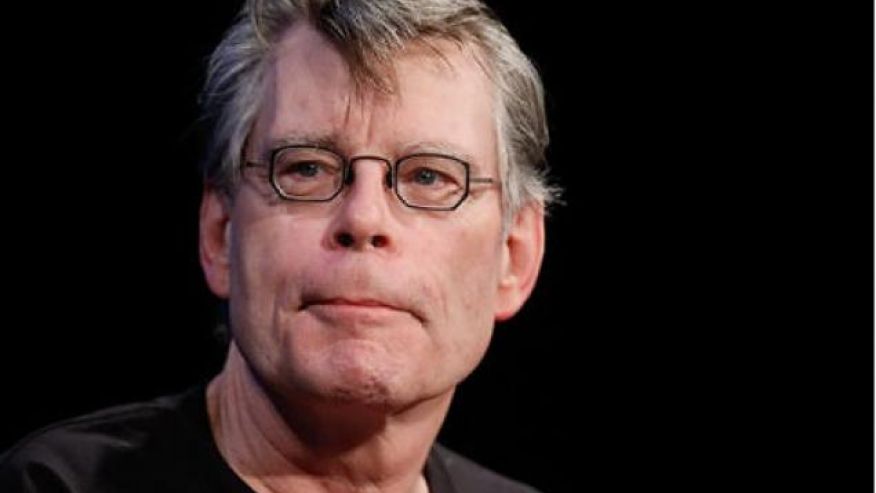 It is an enjoyable mix of a previously published novella, a new essay, essays from his friends and colleagues, photos and five of Stephen King’s vintage columns from The Maine Campus, the student newspaper of the University. The publication od Hearts in Suspension by Stephen King marks the 50th anniversary of Stephen King’s admission into the University of Maine at Orono in 1966.

Hearts in Suspension by Stephen King 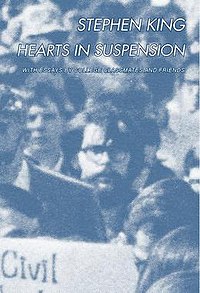 Cover of Hearts in Suspension : Source

You must be wondering whether King’s new book, Hearts in Suspension has anything to do with his previous novella Hearts in Atlantis. Well, it has. Those who don’t know, Hearts in Atlantis was the fictional treatment of Stephen’s experience during the turbulent first year at the University of Maine. But, in this new version, Hearts in Suspension, Stephen sheds all the fiction and recalls his youthful avatar, the awakenings and the heartbreak during his years at the UMaine,

Apart from the revamped version of Heart of Atlantis, this book also features an essay, “Five to One, One in Five,” written expressly by Stephen King.  The stereoscopic combination of these narratives, told with King’s characteristic blend of canny insight and self-deprecating humor, create a revealing portrait of the artist as a young man and an utterly bare portrait of his undergraduate years.

In addition, Hearts in Stephen King features personal narratives of twelve fellow students and friends from King’s college days remembering their own adventures and experiences of those years. These recollections bring a powerful dimension to this book making it engaging gateway to those years and the happenings from the little moments at college  to the effect of accelerating Vietnam War.

On the top of all that, this book also includes little-known columns that Stephen King wrote during his tenure at University’s student newspaper. These four columns including King’s Garbage Truck are equally shrewd and entertaining even to today’s youth.

With a gallery of the photographs from that period and documents augments this volume, the Hearts in Suspension proves to be somewhat of partial memoir from the life of Stephen King himself.

Having told all that, we know you’re like ‘Shut up and Take my Money’. So, without further ado, let me tell you  that Heart of Suspension can be pre-ordered from University of Maine Press website.  Get your copies now!