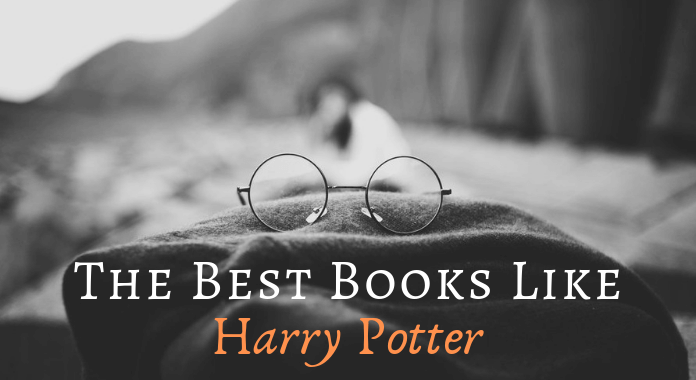 To witness a magical journey like Harry Potter’s is the best part of being a book lover. You live in the fantasies as if the reality never existed.

But the hard part is when the series ends and you have nowhere to go.

These books like harry potter will let you live in the magical worlds, away from reality like you always did.

Whether you come back by page or by the big screen, Hogwarts will always be there to welcome you home.

What to Read After Harry Potter

You just have to follow through and note down these books similar to Harry Potter and add them in your TBR List.

1. Shadow and Bone by Leigh Bardugo 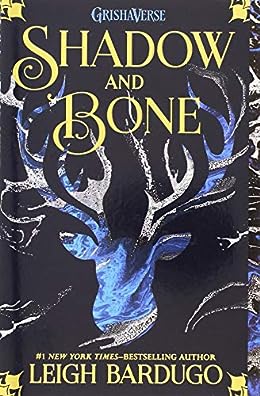 Alina Starkov is no less than Harry Potter in the comparison of magical powers but the only difference is, she doesn’t even know that she posses the powers.

She is a soldier and it seems impossible for her to survive her first trek to Shadow Fold – a space filled with darkness and crawling monsters. But when Alina and her friend were attacked by the Shadow Fold, they both were amazed by seeing the hidden powers of Alina.

This brilliant writing will hook you into the story and you are going to enjoy the mysterious consequences of her magical powers.

2. The Book of Lost Things by John Connolly 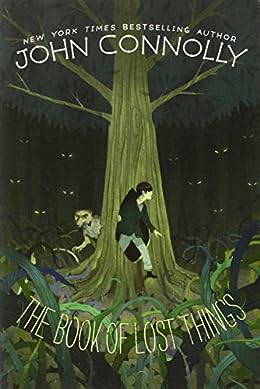 Like Harry Potter, David’s life is adventurous. He is all confused with what to do with himself after his family has fallen apart.

After his mother’s death from a chronicle illness, his dad remarries, Rose and he finds himself alone. He used to spend most of the time with his nose into the books which made him closer to his mother.

Until one day, when his books started whispering to him. He used to follow those voices in his imagination, eventually blurring the line between reality and fantasy.

If you liked reading Harry Potter then no doubt this book will soon hook your imagination. 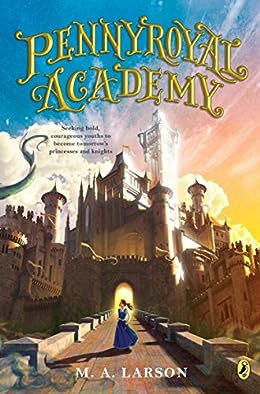 If you thought there would be no another magical book series like Harry Potter then you were totally wrong.

Pennyroyal Academy is no less than Hogwarts and its comparison to the Harry Potter series is inevitable.

The book talks about a girl who had accidentally reached to the academy where Princesses and Knights are trained. She got her admission in the academy and learns that there are a lot more things in being a Princess than anyone can imagine.

As the story unfolds itself, the protagonist comes to know about her family, human compassion, and inhuman cruelty.

On this journey of becoming a Princess, you are going to love your transformation and the fact that no one can rescue you other than you. 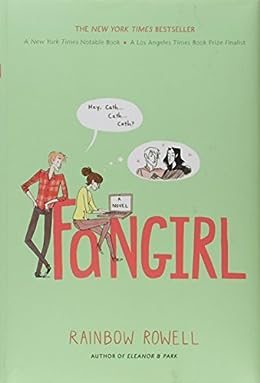 The reason behind adding this book in the series is; like Cath is obsessed with Simon Snow (a fictional character), we all too couldn’t help ourselves from thinking about Harry Potter and his world.

Twin sisters, Cath and Wren have been the fans of Simon Snow since forever. But for Cath being the fangirl is life. It was devastating for Cath when Wren said that she no longer wanted to be her roommate and now onwards she has to face the world alone.

I could totally relate to Cath every time she obsessed with her fictional character and I am sure you being Harry Potter fan will also love it.

5. The Night Circus by Erin Morgenstern 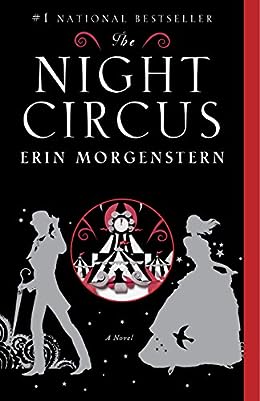 Remember how interesting it was to read the magic spells and techniques taught in the Hogwarts? The same pleasure you are going to get in this book.

Night Circus is one of the perfect books for harry potter fans. It includes magic, competition, love, relationships, and a good teacher.

It is a story of Celia and Marco who have been practising magic since childhood. In this competition of performing on the grand stage, only one can be left standing. There is no place for love in the cut-throat competition like this.

Read this book and see how fate turns the incidents at the circus.

6. The Secrets of the Immortal Nicholas Flamel by Michael Scott 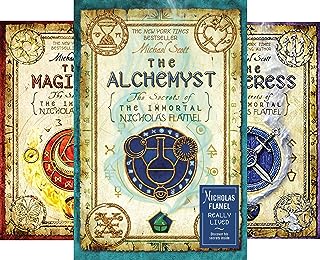 This series would be best to read after Harry Potter because it takes forward the death mystery of Nicholas Flamel’s who appeared in the Harry Potter series.

Nicholas Flamel died in 1418 but he lived again. He is the greatest Alchemyst. He is hiding a secret recipe of the elixir of life in a book named The Book of Abraham. It is the most powerful book that has ever existed, and if in the wrong hands, it will destroy the world.

This series of Harry Potter related books are a blend of mythology, sci-fi, love, magic, and mystery complemented with the brilliant and good work of Michael Scott.

7. Percy Jackson and the Olympians Series by Rick Riordan 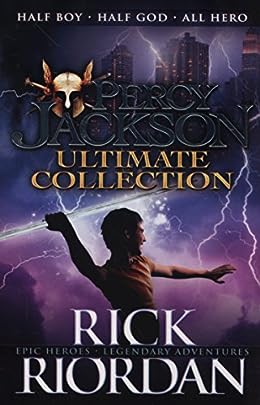 One thing common between Percy and Harry potter is, they thought they were an ordinary kid (or a muggle). Though, we all know they turned out to be extraordinary.

This is a books series like Harry Potter for kids. The book chronicles the story of an abandoned boy, Percy. He is a demi-god but his father left him as he was bound to an oath, not to father any more kids.

On his journey, Percy finds himself fulfilling extraordinary quests and completing battles with gods. This mystic voyage will cure Harry Potter’s book hangover.

Must Read: If you are ready to immerse in the magic of Dystopian novels by Rick Riordan, then also check out my list of Books Like Percy Jackson. 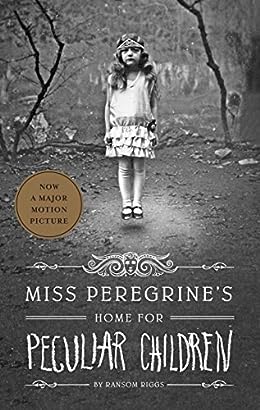 If you are looking for books like Harry Potter for adults, then you cannot skip this one from adding in your must-read list.

Jacob a young boy sets his journey to an unknown Island of Wales in order to find his grandfather’s past. His grandfather was killed by a mysterious creature which is either “hollow” or  “hollowgast”.

Once he reached the Island, he met a girl who can control fire and takes her to meet Miss Peregrine. There he found many other children with different powers like being invisible and having incredible strength.

This debut novel by Ransom Riggs is moving, thrilling and wondrously strange. This amazing story is accompanied by brilliant photographs which hook the reader’s attention.

9. The Uncommoners by Jennifer Bell 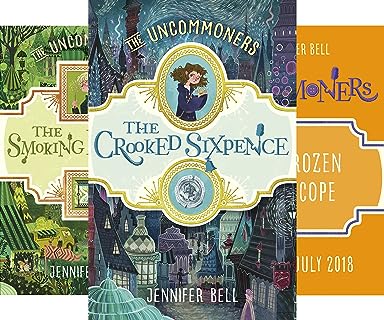 If you like Harry Potter and still can’t get enough of it, then The Uncommoners can be the best book for you to read next.

The story of Ivy Sparrow and her annoying big brother Seb starts when their grandmother is rushed to the hospital. They went back to her house and find out that there were some intruders in her house.

Ivy and Seb make an escape and lands into an uncommon land where ordinary objects have amazing powers. 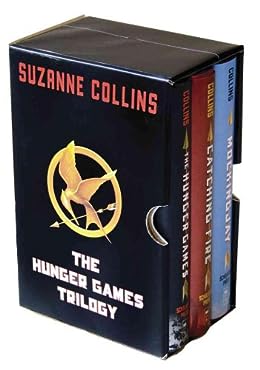 The Hunger Games Trilogy is set in some unspecified future time. The story takes place in a wealthy Capitol surrounded by 12 poorer districts. The Capitol is a place where people had a luxurious life while in districts, there were many deaths due to starvation and poverty.

Katniss Everdeen, the protagonist of the series lives in the poorest of all districts ruled by Capitol. Every year one boy and one girl are chosen from the 12 districts to compete in an annual pageant called the Hunger Games.

This book is infuriating, exciting, thrilling, and obviously take you to some other land like Harry Potter. 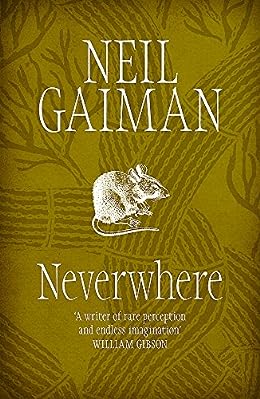 I understand that you are a resident of magical books. Books series like Harry Potter are the ones that make you ecstatic and surprised at the same time.

So, this one will give you just another place to hide in from reality.

Neverwhere by Neil Gaiman is about the world that exists in the cracks of London City. The world that no one knew that existed. Richard Mayhew, the protagonist of the story is a young businessman who unveils this other hidden London.

Accidently fallen into this place, Richard discovers many truths which had absolutely turned his world upside down.

You are going to be mesmerized with this beautiful world that literature gives you. 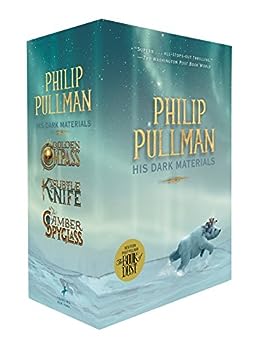 His Dark Materials has been named one of the top 100 novels by Newsweek and one of the all-time greatest novels by Entertainment Weekly.

This books series chronicles the story of two children Lyra and Will which takes place in the multiverses. They have daemons, that is the pets which are a part of you.

On this dangerous journey, they meet the armoured bears, witches, and fallen angels. And, the life and death of the people are all decided with their fate.

With the interesting plot twists happen to have many in this series. Just grab the book and binge read it.

13. The Queen of Tearling by Erika Johansen 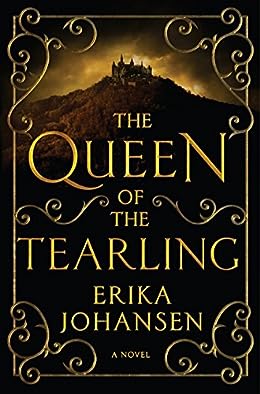 Magic, suspense, adventure, mystery, and romance are the ingredients that will make Harry Potter fans love this trilogy.

Princess Kelsea Raleigh Glynn, who was raised in an exile sets her life on this perilous journey on her nineteenth birthday to claim her rightful throne. Kelsea is a simple and wise girl who love books and who resembles her mother a lot.

Now when she is going to be throned she needs to be protected. She is not defenceless, she has a necklace with a sapphire gem which is magical and protects her.

This book is super intense and super enjoyable. So read it, if you are looking for what to read next after Harry Potter.

Reading these books will not make you a less of Potterhead but it will definitely make you more of a fantasy lover.

It was tough for me to get into the magical world other than Hogwarts’ but here I am reading more and more books about magic and absolutely loving them.

Go and get your hands on of these books and enjoy your next fantasy land!