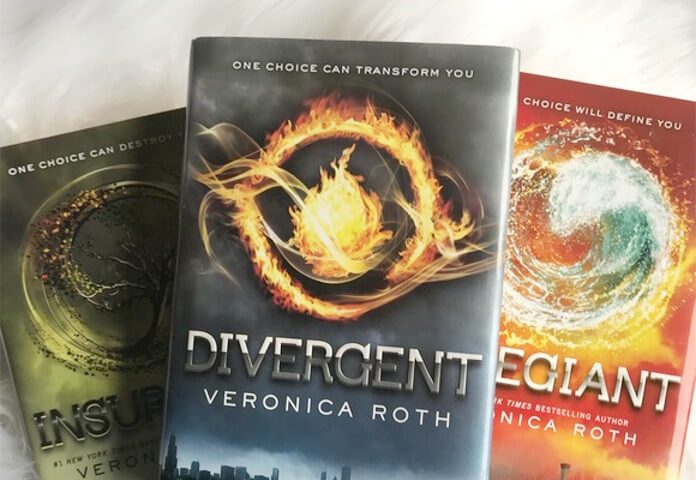 After completing the Divergent series, I am 100% sure that you feel compelled to read more books like Divergent and experience that same adrenaline rush!

Worry not! I have got you covered.

I am safely assuming that if you have read Divergent series then you are a big fan of post-apocalyptic books and dystopian novels (just like me). To me, these two genres give a strange kind of thrill while reading.

The books which I am going to suggest you are mostly from the above-mentioned genres. I have already read all these books and found them perfect to read after the Divergent series.

Here is the list of books similar to Divergent that you will definitely enjoy reading.

When I think about a book similar to Divergent, Hunger Games by Suzanne Collins is the first book that pops in my mind.

Hunger Games series is about Katniss Everdeen who lives in District 12 of Panem, which is one of the poorest districts. Every year one boy and one girl of such districts are selected through the lottery to participate in Hunger Games.

Any participant who fights with death and wins is awarded the food, supplies, and riches.

This brilliant series is perfectly paced and inventive to hook readers for the next installments just like the Divergent.

What makes Birthmarked Series a good fit for books like Divergent is its strong heroine character who fights from the bad powers to save lives.

The trilogy is about the Gaia Stone, a sixteen-year-old girl, who believes in following her mother’s step and becomes a midwife. She delivers babies in the outside world and this is the only way to have privileges of Enclave.

But her perception of serving outside people changes on the night when her parents were arrested by the people to whom they serve so loyally. She steps out of the world and tries to free her parents.

Trust me, there is not a single chance that you won’t like this compelling story of a brave protagonist.

If you liked reading Divergent then I am sure you are going to love the Legend by Marie Lu.

June is a fifteen-year-old boy who is destined to be the Republic’s highest military position. On the other hand, Day is born in a poor family and becomes the most wanted criminal of the country.

The story takes a twist when June’s brother is murdered and she gets to know that Day is the prime suspect. Then on, they become rivals of each other and uncover several truths behind the reason for their encounter.

Just like Divergent, this one is also a part of an intriguing and story-driven trilogy. And, I am sure you can’t stop yourself from reading the other two books from the series.

Moving on with the list of books similar to Divergent, the next is Delerium by Lauren Oliver.

Set in the dystopian future where love is a disease. Everyone who reaches eighteen has to go through a treatment named ‘Cure’. The book chronicles the tale of Lena Haloway who lives with her aunt, uncle, and uncle believes that having a ‘Cure’ can give her a safe and predictable life.

Just 95 days before her treatment, Lena sees Alex and finds herself falling in the clenches of Love disease.

While I was reading Delirium, I felt like reading Romeo and Juliet love story set with the dystopian challenges. (Be ready to feel the love in an absolutely new way).

5. The Maze Runner by James Dashner 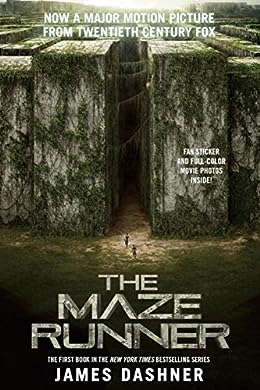 Thanks to Vowelor app’s Find Next Read feature that I could find another great book like Divergent and Hunger Games – The Maze Runner by James Dashner. And honestly, I ended up reading all the books of the series.

One moment you are living your life and in the next moment, you remember nothing about your past and find yourself in the lift with some stranger boys at a strange place.

This is exactly what happens with Shane. He gets stuck in a world where stoned walls are a limitless and ever-changing maze. And, then comes a girl, only girl who knows the way out.

Get ready to read this nail-biting book full of suspense that gives you Divergent like feels all over again.

All the fans of Divergent out there need to read Partials by Dan Wells as soon as possible. Because I know you cannot get over from this unputdownable book.

Partials are identical to humans who had destroyed the human race after the war with them.

Only a few of the humans are immunized with the weaponed virus. But a young teenager is determined to fight and save her people. However, she needs to find answers to many questions about the origin of the war in order to succeed.

Enjoy this entertaining book that read like Divergent and experience the sci-fi adrenaline rush.

7. The Selection by Kiera Cass

So this is my last suggestion in the list of books related to Divergent.

The Selection by Kiera Cass is about America Singer who is competing for Prince Maxon with 35 other girls. But she is least bothered about being selected and living the luxurious life as she is secretly in love with Aspen who belongs to a lower caste.

Things change when she meets Prince Maxon. America understands that maybe the life she has never imagined is the one which leads her to the inevitable future.

This dystopian fairy love story will make you fall head over heels. Love will remain only constant in the entire series.

Must Read: My Recommendations on Books Similar to Ready Player One

Friends, these were the 7 books similar to Divergent. I know its hard to get over the marvelous book by Veronica Roth. But, reading the mentioned books would be just enough for you to move on from the Divergent series.

And, if you are still confused in choosing with which book to start with, then I would suggest you go with The Maze Runner by James Dashner. This book is my personal favorite of all the books like Divergent.

I am not going to stop here! (big fan of the Divergent!).

While I look for more read-alike books of Divergent, it would be awesome if all the Divergent fans can add on more books related to this brilliant series in the comment section.