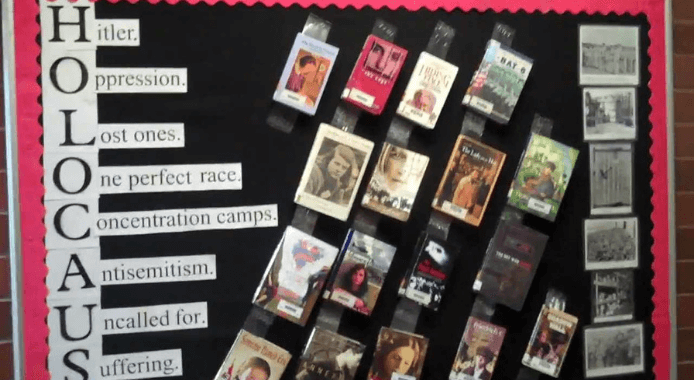 Do you ever have the curiosity to know how Jews felt when Hitler summoned the orders of genocide?

Did you ever think about how it was completely insane to do mass killing just because few people belonged to a certain community or race?

Have you ever searched for the facts about how Jews were treated in the concentration camps during the Holocaust?

If not, then I think it’s time for you to go through the pages of Holocaust books and know about the world’s most ravaging mass massacre and the people who lived in the hell on the earth.

At first place after the Holocaust, no one was ready to write or talk about it, such was its effect on people. Neither the survivors nor victims. And even if someone tried it was censored.

But things certainly got changed when books on the Holocaust like Man’s Search for Meaning by Viktor Frankl, The Diary of a Young Girl by Anne Frank, and Night by Elie Wiesel got published and people came to know about the story of their survival.

So, here we will not talk about the mainstream books of Holocaust. Instead, I will be giving you the list of books that are kind of underrated but had depicted some real pictures of this historical event.

Best Books About the Holocaust

These are the rare and real gems of the Holocaust books which will give you a clearer picture of the event and take you closer to history.

I have added the best Holocaust books written by various people who had witnessed the holocaust or been a part of it in some way or the other. So that you can peep into every aspect of the Holocaust.

Don’t miss out to read how these books are different from other Holocaust books. I am sure it will give you the reasons to read these books. 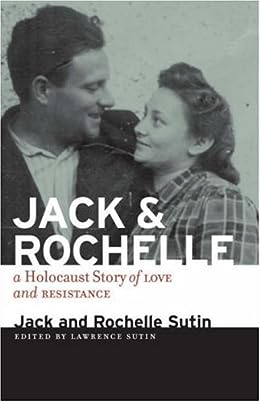 No matter what, love can find its way even in the harder times like the Holocaust.

This is an epic story of a love affair which battled through every kind of resistance for their love. The story that began with extreme horror and ended triumphantly.

This is a memoir of a couple, Jack & Rochelle who spent their lives in the dark underground bunker unaware of the outside world escaping from Jewish ghettos and fighting Nazis, polish police, and Russian military groups. When they had nothing to live for, when life was falling apart, they met each other and fell in love.

What makes this book different from others – The memoir is narrated by their son, who not only tells the survival story but also let people witness that love can endure even when pain and sorrow are all you had left with.

2. The Pianist by Wladyslaw Szpilman 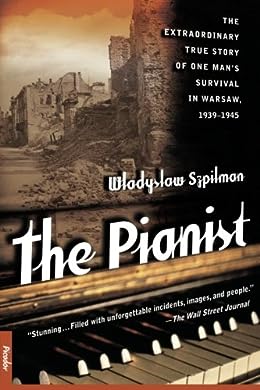 The survival story for every Jew is unique in its own way. They had all felt cruelty, compassion, and pain differently and in different ways.

This is the chronicle of a young pianist, Wladyslaw Szpilman who played his last live broadcast on the Polish Radio and after that, he ran for his precious life. During his escape in Treblinka, he came across a music-loving German officer who helped him in surviving the Holocaust.

After six years of the event, the same song was played on the Radio and the protagonist recounts his days spent in miraculous survival which became the voice of other survivors.

This stunning Holocaust survivor book is a great example of human value and unforgettable incidents.

What makes this book different from others – This book was named as one of the Best Books of 1999 by the Los Angeles Times. Not to mention the fact that a Jew survived the Holocaust only because of the help of German.

3. The Destruction of the European Jews by Raul Hilberg 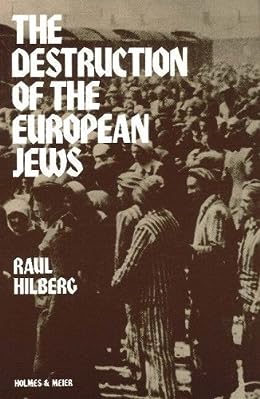 No book has given a better and broader picture of the Holocaust as The Destruction of the European Jews did and this book as one of the best Holocaust books.

Raul Hilberg has given the world the basic source of information on this tragic subject. He came up with many questions related to the ideology and structure for the Final Solution of the perspectives.

He also tried to overturn every possibility of knowing the extent of criminality and complicity within the organized German community, how the bystanders responded to these cruelties and what actually led Germans to this ‘destruction process’.

What makes this book different from others – I think this book is all about how the German side of the Holocaust which is why it is a must-read Holocaust book. But, not talking about the sufferings of Jews might annoy you.

4. Were We Our Brothers’ Keepers? by Haskel Lookstein 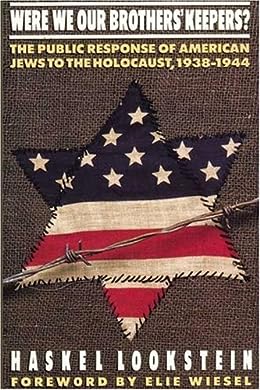 Some historical events are not mentioned in the textbook and that makes it more important for a person to read and know about them.

This book will inform you about the event when a ship St. Louis was denied by America to give shelter to 900 Jews refugees on its land. During the Holocaust American Jews acted as the bystanders and did nothing to stop Nazis from eradicating Jews from Germany.

What makes this book different from others – After reading this book you will know how America reacted to the Holocaust and the effects of their response which I think is important and interesting to know if you want to read about the Holocaust.

Furthermore, Lookstein has written this book with compassion and didn’t write a single word to blame or against Americans.

5. Clifford’s Blues by John A. Williams 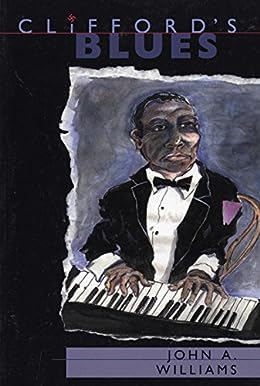 The Holocaust was not only about Jews and Nazis, but it also had other people suffer its consequences.

Clifford Pepperidge is an African-American gay who is a jazz musician. Clifford’s Blues follows through the diary entries of Clifford from 1933 to 1945. Apart from genocide the books also talk about the issues of sexuality, race, sex, religion, and violence.

It is the journey of Clifford during his days in one of the concentration camps of Dachau. He spent the 12 years of his life in the concentration and reading this Holocaust book will invoke many emotions in your heart.

What makes this book different from others – This book will add on a piece of knowledge about the Holocaust. The best part about this book, it throws light on the persecution of blacks in Nazi Germany which was not mentioned much in the books. 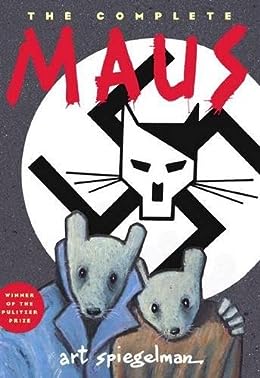 A picture is worth than a thousand words and I had believed this phrase after reading this graphic novel which is one of the good holocaust books.

I had read many Holocaust novels but The Maus is the one which stays with me. Its graphics will make you feel the pain and sorrows of Jews. The cartoon depiction for the different character is one of the features which hooks the reader’s interest.

The story is about Vladek Spiegelman and his wife, living and surviving in Hitler’s Europe. The author tries to draw everyday reality of fear, guilt, and survival of the Holocaust.

What makes this book different from others – With the amazing and thoughtful depiction of animal cartoons for characters, the story also emphasizes on how the children of survivors were affected by the trials of their parents. 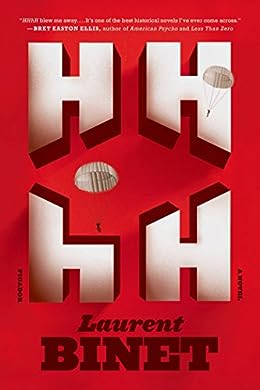 During World War II, Jew was not the only community who suffered the massacre. The ruthless Reinhard Heydrich ruled on the Czech Republic who was a favorite person of Hitler.

This book tells the story of the historical event when a couple of Czech and Slovak paratroopers planned to assassinate Reinhard Heydrich.

Written in a clever and witty tone, it is one of the best historicals ever written.

What makes this book different from others – Reading about these incidents of history will give you a closer look at the real and brutal scenarios of World War II which is what makes it must-read Holocaust book.

8. Upon the Head of the Goat by Aranka Siegal 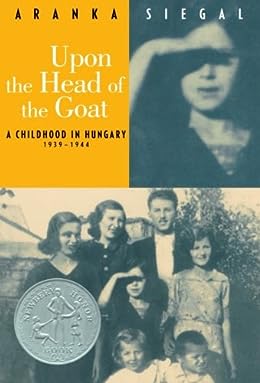 If you liked reading Anne Frank than this book can be your next favorite.

This book is a story of nine-year-old Piri who was Jewish and is totally bewildered of the situation. She lives in a family of seven with her grandmother. The book describes every tidbit of life through a little girls perspectives and the impact she had of the Holocaust.

What makes this book different from others – I liked the way the author has written on account of a nine-year-old girl. He kept her in mind and described the things which can catch a little girl’s attention during the war which is rarely found in other books.

9. The Librarian of Auschwitz by Antonio Iturbe 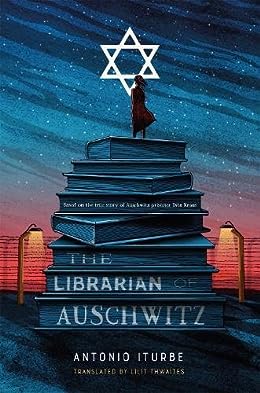 Book lovers are going to love reading this aspect and perspective of the war.

The story based on the real-life experiences of Auschwitz prisoner, Dita Kraus. She is a fourteen-year-old girl imprisoned in the Auschwitz. When the leader of Jewish people asked Dita to protect eight precious books which prisoners have hidden from the guards, she agrees to it.

That is how she became the Librarian of Auschwitz. This is the story of courage, hope and unforgettable incidents of history.

What makes this book different from others – Another story on the Holocaust and World War II but with totally different challenges and point of view.

10. This Way for the Gas by Tadeusz Borowski 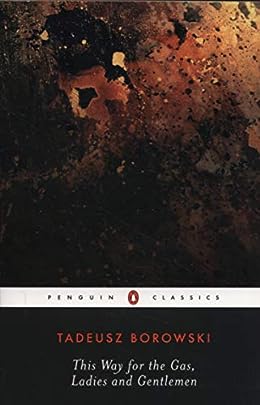 This Way for the Gas by Tadeusz Borowski is considered as one of the masterworks of literature majorly Polish post-war literature.

Tadeusz Borowski has written short stories based on his two-years of experience in the Dachau concentration camps. He writes about the pain and sorrows of prisoners in the form of brutal prose.

Borowski was not Jewish but was put in prison for his involvement in underground educational and publishing enterprises in Occupied Warsaw. He was a slave of Nazis, processing the hundreds of thousands of Jews from the railway ramp to the gas chambers and crematoria.

What makes this book different from others – I find this book compelling because I could see the compassion and pain both at the same time from the same person.

11. If This Is A Man and The Truce by Primo Levi 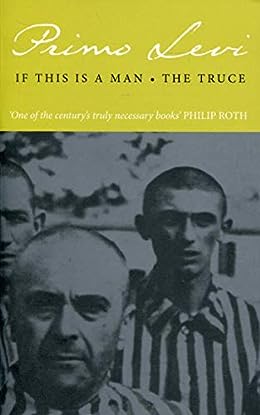 This is the last book of the list of books about the Holocaust but it is one of the truest and most powerful books which had talked about the violence in the gentlest tone.

Primo Levi was an Italian Jewish Chemist, writer, and Holocaust survivor. He was arrested as a member of the anti-fascist resistance during the war and was deported to Auschwitz. After the war, he returned to Turin and write this memoir, If This Is A Man and The Truce.

What makes this book different from others – While reading this book you will come across the author’s experience as a prisoner in the Auschwitz and you will be surprised to read the calm, scientific, logical witness with great caution to avoid vengeance or emotionality.

These 11 books just give a glimpse of history as witnessed by various people. There’s a lot that would have happened in the concentration camps with those six million people who died.

Try to learn new stories about those who lived through this event, and honor those who had the misfortune to be alive, living in those unbearable conditions.

While reading these books I realized that every person has its own story and different kinds of sorrows related to it. Therefore, I don’t think that we could ever get enough history of the Holocaust.

Share your literary experience of reading The Holocaust books and Your best book which showed you holocaust inside out.