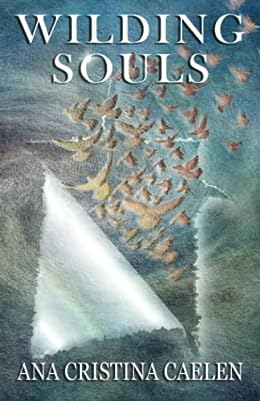 Wilding Souls is the debut novel of Ana Cristina Caelen published in January 2022. It is a fantasy-based drama with concepts like shared souls and consciousness. The core idea behind the book is otherwise unexplainable but helps fit all the pieces of the story perfectly as it moves forward.

Generally, fantasy novels have very similar troupes, which you might be aware of if you are an avid reader. Enemies to lovers are one of the most overused ones. After that comes a forbidden love story of a faerie and human. Following this is a tyrant who will be dealt with by a group of misfits, and the list just goes on and on. If you are someone who roots for the fantasy genre but is bored with the repetition of the same storyline, then Wilding Souls is just for you.

Shutting my eyes, I enter the land of shadows at will. Dream- weaving is not a straightforward art, it’s mainly symbolic in nature. Any attempt at manipulating the process and the resulting images become a frozen portraits of dead thoughts rather than useful pictures with significant meanings.

I watch as the images call to one another like delicate pearls on a strand and present themselves to me in their chosen manner.

The black wolf heavily breathing on my face. A shower of stars reflected in its eyes. Nyamar’s hums echoing in my head. The smell of salt wafting over us. Bartho’s fingers along my spine. a woman sobbing in my arms. The river ranging onward. A long dagger in my hand as I slice clean through the wolf’s glowing pattern and- SWASH- a blazing fire engulfs the shadows. 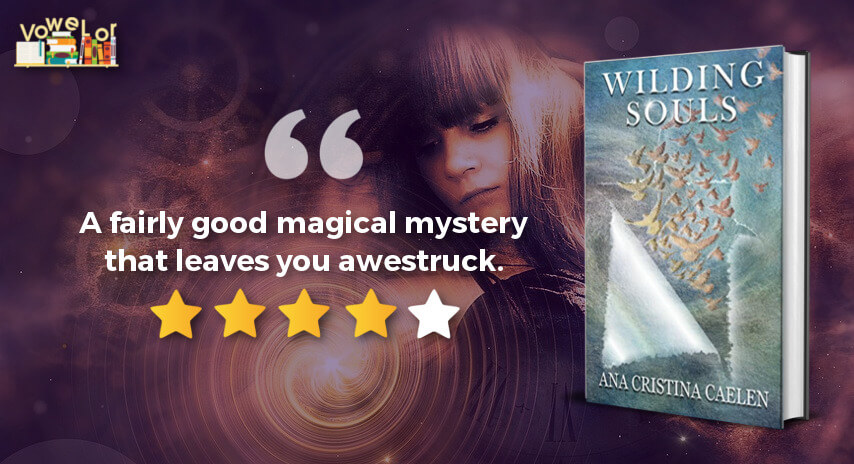 The story is set in a world where people can share souls and form a kinship stronger than any other bonds, connections, and relationships. Sounds mind-boggling, right? Don’t be so confused with the soul-sharing concept just now; it isn’t as complicated as it sounds.

Wilding Souls takes us on a journey where the good or bad, hero or villain, friend or foe doesn’t matter.  The choices each one makes and how it affects the people and entities connected with them matter the most.

The book begins with the introduction of Aine, a dream weaver whose art includes playing dreams of others and her own. She is introduced as a many-selved soul, which means she shares her soul with people and entities with different faces, different lives, different roles to play in the story of life, and yet kins of a sort.

However, what makes her unique is that she has not one, not two, but three selves (and trust us when we say there are more to come). The selves share a psyche, have each other’s backs, and keep each other out of harm’s way despite the physical distance between them.

An interestingly extended portion of the book introduces the readers to every character who shares a soul with some or the other characters. The whole point of it is to make readers ponder on the possibilities of kinship and connections despite the long lists of differences.

Aine, a free-spirited dream weaver, shares her soul with Buddha Lam, who seems like someone spiritual; Nyamar, a Seer; Karol, a hunter- warrior and Seesha, a dragon. Similarly, Bartho, a herbalist, shares his soul with a giant oak tree named Bo-Tunkul in a distant world. Hence, the soul can be shared with all kinds of entities and impact one’s behavior and choices.

The story follows such a group of many selved souls as they sail through feelings and dilemmas while looking out for upcoming dangers.

✅ Get your copy of Wilding Souls by Ana Cristina Caelen on Amazon now!

The debut novel of Ana Cristina Caelen, Wilding Soul, is one book that any fantasy reader should definitely try. As the fantasy genre is all about thinking out of the box and creating unimaginable worlds, Wilding Souls gives a new perspective to it with a storyline different from the conventional plots. The characters have been thoroughly explored with a wide range of events that provide a better picture and diverse viewpoints on their personalities.

Though the novel might need one to pick up the dictionary once in a while, the language, phrases, and use of words and devices are fairly easy to comprehend.

The concept of shared souls is slightly tricky in the beginning (primarily due to our tendencies to ask how’s and why’s based on sheer logic); however, it becomes easier as the story moves on further. The system of soul sharing poses its own set of pros and cons.

With multiple voices in one’s head and each voice having its own personality, choices, reactions to situations and whatnot, mental chaos is more likely to erupt. But will Aine let any intra-personal conflict jeopardize her plans for herself and the realm? Absolutely not.

About the Author: Ana Cristina Caelen

Ana Cristina Caelen is an author, voice artist, and musician from Mexico who has recently turned to the art of writing with her debut novel, Wilding Souls. She has a Bachelor’s degree in Music specializing in Musical Composition, a Sound & Voice Healing Certification, and a Master of Arts in Indo-Tibetan Buddhism.

Ana is another name on the list of people who have given us, fantasy readers, a whole world of magic to escape into. Born to a Mexican mother and a Belgian father, Ana has always seen a cultural blend around her which impacted her personality, thought process, and writing in ways more than one can fathom.

Read the exclusive interview of Ana Cristina Caelen with Vowelor to learn more about her life, her works, and future plans.