The Phoenix and the Carpenter is a fantasy novel by the author Michel Waylander, published in 2021. It follows a phoenix named Zaiya, who descended to the ground to search for a mate who would help her procreate, as they need a human to do so in order to limit the population of such powerful and magnificent beasts. However, she falls into the hands of a vicious sorceress. Will she be able to free herself? What does the future hold for her? Read on to find the tip of the iceberg.

The first thing I noticed when I picked the book up was the cover itself. The beautiful shades of reds on the Phoenix’s body, her mesmerizing green eyes, and the pointed talons were enough to give an idea of how powerful she’d be in the story, but it was nowhere close to what I expected.

Book Review: The Phoenix and the Carpenter 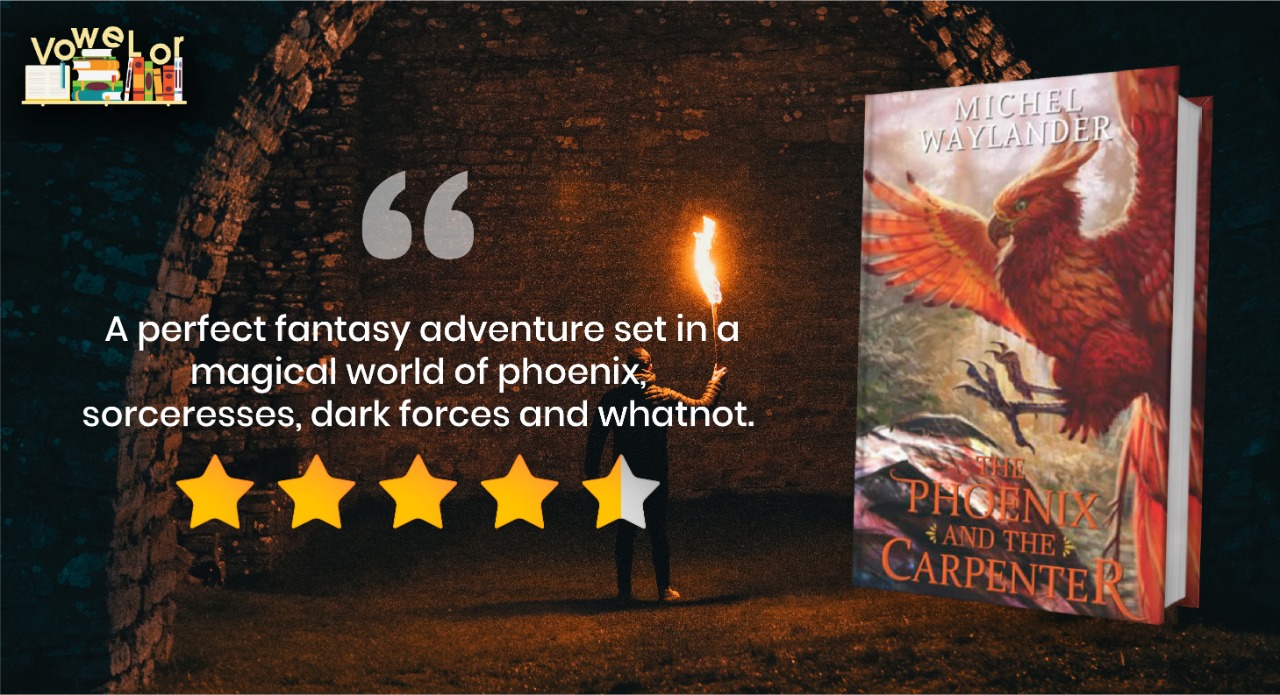 The story is pretty much set around the small village of Juniper which has a total of fifty-three residents including children and is more like a hamlet. It started as a workers’ town with the responsibility of maintaining the structure that provides water to the large Serenity City. The only fence they had was a waist-high brick wall all around the hamlet. The people were happy, and carefree and wanted none of the troubles which come with living in the cities and villages. The spaced-out houses were built as they wanted and gave them enough area to grow, store and do as they please. Everyone cooperated and lived in harmony, sans hegemony.

The story follows a phoenix and a carpenter which can be deciphered from the book title itself. It follows the journey of how they met, the ways they saved each other from the unexpected horrors, and develop a bond more sacred than anything else. The phoenix only had one thing in mind before she descended to the ground, find a mate, lay an egg, end the bond and go back up into the skies like any other of her kind. But what followed was an adventure of a lifetime and definitely not something he could move on from like that.

Kin Woodsmith: He is one of the residents of Juniper and works as a carpenter, hence the surname ‘Woodsmith’. He has shoulder-length orange-brown hair, a well-trimmed beard, and perfect nimble hands for an artisan. He was known around the village, not because he was extraordinary in his skills but because he was always friendly, kind, and compassionate to all life forms.

Zaiya: She is a little over eleven hundred years old phoenix with powers unfathomable. As per the fact that phoenixes need humans to procreate, she swooped down to the ground to find a mate. Instead, she fell in the hands of a power-hungry sorceress and instead attacked Kin’s hamlet, which started a story that’ll blow your socks off.

Rikka: She is the sorceress that controlled Zaiya and made her attack Juniper in the first place. She adorns a black hooded cloak with the same colored heels and tights. She has silver bands in her hair and ears pointed (like an elf or a hobbit). Throughout the story, she keeps cooking sinister plans to get hold of the phoenix and abuse her powers.

The characters have been written perfectly as per the story. Where Rikka literally gets on the nerves while reading, Zaiya and Kin as characters soothe it all down and made me giggle. I’m looking forward to how they will develop in the upcoming installments. Oh yes, it’s just the first in many.

The story revolves around mutual trust and bonding despite huge differences, love that exceeds any expectations, care that makes one forget about themselves, and acceptance among species despite the threat they can pose to each other.

Verdict: 4.5/5, A perfect fantasy adventure set in the magical world of phoenixes, sorceresses, dark forces, and whatnot.

The Phoenix and the Carpenter is an absolute must-read for all fantasy lovers. An easy read, it is one book that you won’t be able to put down once you start reading. The bond between Zaiya and Kin is adorable and their connection is as pure as anything. It is the first installment of a series and in that sense puts down a strong foundation for the story. I’d also recommend it to those who are on a venture to experiment with the genre or are new to it.

✅ Get your copy of The Phoenix and the Carpenter by Michael Waylander on Amazon now!

About the Author: Michel Waylander 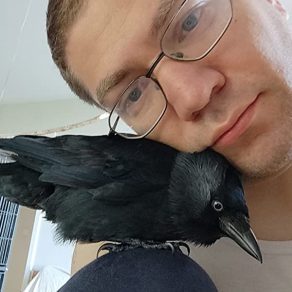 Author Michel Waylander was born in Germany and always had a knack for reading and writing, especially the fantasy genre which justifies the nature of his recent book, The Phoenix and the Carpenter. The idea that not a lot of stories truly have a happy ending bothered Michael a lot, hence, he started on a venture to write one for himself.