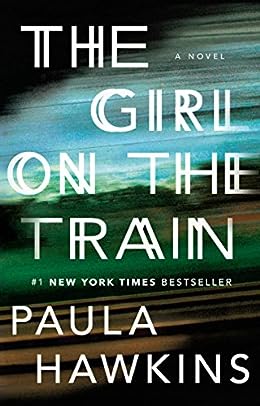 Book Review: The Girl on the Train by Paula Hawkins

If you are among the fans of Gone Girl, then you will devour this psychological thriller. ‘The Girl on the Train’ is the best-selling book written by Paula Hawkins. The book has more fun and unreliable narration than any other Fiction.

The Story of The Girl on the Train blasts through the stagnation of these lives in suburban London and the reader just can’t stop themselves from turning the pages.

The main character of the story is Rachael.  whose daily routine is all same. She takes the commuter train every morning and night. On the way, she passes by suburban homes and stops at the red light signal that allows her to monitor the same old couple having their breakfast on their deck.  She even has this feeling that she already knows them as of now. Jess and Jason, she calls them. According to Rachael, their life is just perfect.

The Story of The Girl on the Train takes a mystical turn as Rachael sees something shocking. It’s only a minuted until the train moves, but what she has seen is enough. and now she cannot keep it to herself and goes to the police. She is deeply influenced by the scene and entangled not only in the investigation but in the lives of everyone involved.

About the Author: Paula Hawkins

Paula Hawkins was born and brought up in Zimbabwe and moved to London in 1989. Her father was an Economics professor & journalist. Following her father’s footsteps, Paula studies philosophy and politics to become a finance journalist. She worked for major newspapers including The Times. Into the water is the title of the latest novel by Paula Hawkins.

In 2009, she tried her hand at fiction under the pen name Amy Silver, but couldn’t touch the success. It was after the release of her first dark fiction novel The Girl on the Train in 2015 that she was recognized worldwide. After featuring in the New York Times bestselling list, The Girl on the Train was adapted into a Hollywood film that released in 2016.