Searching for the Eminent: March of the Meek is the debut novel of the author Marvin North. It was published in the year 2019. The book follows thirteen-year-old Recko Curse who lives in the woods outside Last Thesi, the last inhabited city on the planet.

Along with Rekco, there are people like Kyoku and Gofun, a student-teacher duo; Cathy, an orphan; and more. What will happen when their stories will come to an intersection and decisions would have to be made which will hold the power to change the world?

On the grassy plains below stood a lone wooden cabin a ways from the city, obscured by a green hill tall enough to hide it from view. Light shone out from a large window and voices rose from within.

“Green Lad, what’ve I told ya about flexin’ at the dinner table?” said an ornery, middle-aged man, referring to the sterling youth by the color of his hair. The boy continued on with his antics, paying his elder across the table no mind; he struck daring poses whilst making various grunting noises, still high off of the testosterone that remained from a long day’s work.

Impatience overcame the man and his temper began to flare. He shifted his sight downward and took a sip of ale from a hand-carved wooden mug. After he quietly cleared the foam from his auburn mustache with his lower lip he returned his glance and stared daggers into the back of the boy’s head; he was sitting, back turned, so he could show off the definition in his trapezius. The man tightened his grip on the handle of his mug, and with a tremor in his bushy brow, he began to fume. The silence was broken by a loud slam! Ale shot from his mug like a geyser, and froth sloshed about the table on impact. The wooden sound echoed throughout the room.

“Contain yourself, Rekco!” he cried. The boy whisked around promptly in his chair as if to deflect a surprise attack, his long, straight hair whipping at his cheek. “But master Maven! I’m so pumped! I feel like I have not spent a drop of resolve during today’s exercises!” he whined.

“I can see that, Green Boy! How about ya show me what those muscles of yours can do then?” Maven said, stroking his short, pointed beard before standing up from his seat. “An’ make haste! We haven’t got all night as the mornin’ won’t be for dawdlin’!”
Rekco’s eyes lit up with excitement as he sprang up and scampered past Maven, out the front door. The two emerged from their wooden shanty into the night. Above them, the black sky shifted ominously, as though it were alive. Their home sat upon the plains that extended for miles outside of the city, the city known as Last Thesi.

Book Review: Searching for the Eminent: March of the Meek 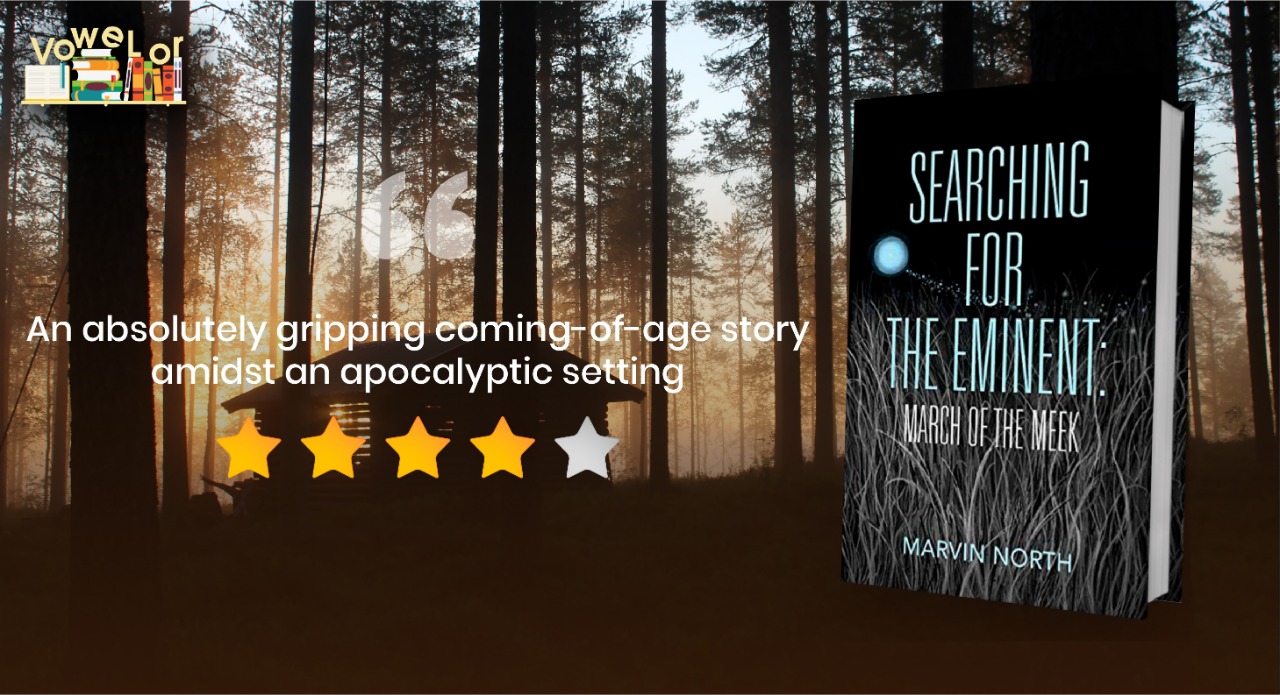 Set in a world where civilization has declined at a pace unfathomable and the only inhabited place is the city named Last Thesi, outside of which lives a young boy named Rekco Curse. Determined, kind-hearted, and optimistic Rekco wishes to be a mercenary like his father under the guidance of Maven after his father disappeared and his mother died. He wants to be the best in what he does and eventually, figure out what happened to his father.

All was going fine till the day a wizard and his apprentice moved in next door. Will they be able to uncover some truths and put an end to the apocalypse or things will just go downhill?

Searching for the Eminent: March of the Meek is one book that I’m unable to put in a category or classify in one genre. It has a little of everything like action, adventure, self-discovery, coming-of-age factor, and a lot more going on. It has an absolutely original idea that has been executed really well. And you know the good part? It’s the first installment of a trilogy so expect a lot more action, twists, and turns coming in the near future.

✅ Get your copy of Searching for the Eminent: March of the Meek by Marvin North on Amazon now!

Though it gives the freedom to the writer to think about the story from various perspectives instead of one, this idea made Searching for the Eminent: March of the Meek, a relatively difficult read. The story is absolutely phenomenal and gripping but it could have been a little more fast-paced.

About the Author: Marvin North 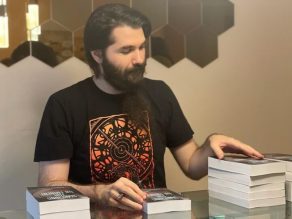 Marvin North is an author based in Tuscon, Arizona where he lives with his wife. He has recently published his debut novel, Searching for the Eminent: March of the Meek. It follows Rekco Curse, a thirteen-year-old mercenary-in-training, in a world where civilization has declined drastically.

Marvin has been working as a massage therapist for the past twelve years. Apart from that, he’s also into gaming, so much so that he used to play in competitions. He has already completed the Searching for the Eminent trilogy and currently working on two other books. So, sit tight readers, there’s a lot coming your way!