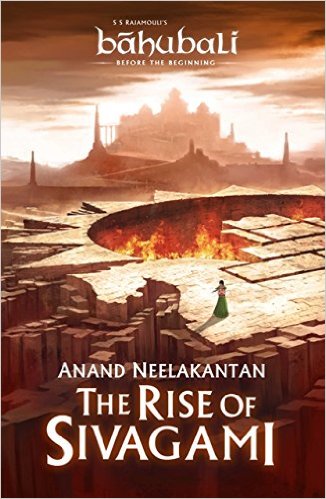 The Story: The Rise of Sivagami by Anand Neelakantan

Anand Neelakantan begins the story of The Rise of Sivagami with the history and prosperity of Mahishmathi, a powerful empire at foothills of mountain Gauriparvat.  Sivagami, an orphan girl who lost her father in a wicked conspiracy involving the King, is the protagonist of the first book of the Bahubali trilogy.

The Rise of Sivagami by Anand Neelakantan traces the audacious journey of Sivagami as she is determined to avenge her father’s death from her enemy, none other than the King. On her quest to clean the name of his father and demolish the so-called prosperous but equally dark kingdom of Mahismathi, Sivagami unveils the darkest of the secrets of King and his kingdom. With his gripping storytelling, Anand Neelakantan does the perfect justice to the epic.

The Rise of Sivagami is a tale told with an impressive control over the narrative. The pace of the story neither slackens nor offered up at the altar of world-building details. The author of The Rise of Sivagami, Anand Neelakantan, has done perfect justice to the faith placed in him by the director of Baahubali, S.S. Rajamouli. Also, Rajamouli’s foreword is enough to make you want to devour this chubby read with impatience.

Win a FREE copy of The Rise of Sivagami
Just answer a simple question in comments below.

The most interesting answer selected by our team will receive a copy of The Rise of Sivagami for FREE.

Takes the already exciting Bahubali epic to a totally another level.

About the Author: Anand Neelakantan

Born in 1973, Anand Neelakantan is the bestselling author of three fiction novels. He studied at the Government Engineering College, Trichur. After completing his engineering, Anand has been working in Indian Oil corporation since 1999.

Anand started his writing career with his debut novel Asura: The Tale of Vanquished which was published in 2012. It became a bestseller. Anand released his next books based on Mahabharata. Anand announced his latest book series Bahubali: Before the Begining. The Rise of Sivagami is the first book of this trilogy.