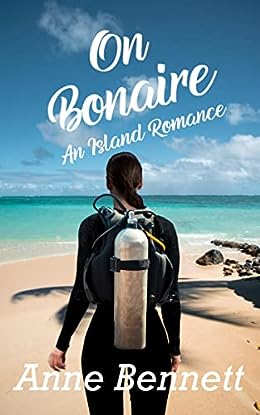 On Bonaire is an urban contemporary fiction book by the author Anne Bennett, published in the year 2022. The book follows Lyle who visits the island of Bonaire in order to find solace in the waters surrounding the island. But little did she know that this time the place held a lot more for her than that.

On the island of Bonaire in the Leeward Antilles in the Caribbean Sea, Lyle expected everything from exploring the land and sea alike but not meeting someone like Michael Miller.

They swam over the reef, pointing their lights down at the coral. Lyle spotted a sea urchin and tapped her tank to alert the others of the find. It was covered with long sharp spines that reminded Lyle of a piece of modern art. Their spines can be painful. They are better left alone. Each diver floated silently over the urchin to have a look. Lyle led them further along the reef. Her flashlight found a large piece of coral. Several fish were taken by surprise by the sudden brightness. The small fish swam away quickly, trying to avoid any danger.
The pitch-black water surrounded the divers as they moved weightlessly over the reef. The only noise was that of exhaled bubbles passing over their ears. Looking anywhere but into the light’s beams revealed only blackness. Lyle glanced behind her and counted four light beams searching the reef. The only way she had of being sure they were all still together.
Suddenly something came out of the darkness and side-swiped Lyle. It flashed a beam of light at her as it sped by and disappeared again into the black water. Startled, Lyle inhaled sharply. The creature was large and passed her like a shot out of a gun. She waited in the eerie black silence to see if it would return.
Lyle looked to her dive buddies behind her. In the darkness, it was impossible for Lyle to know if her friends had seen what it was. She saw only darkness and beams of light. She again counted four beams. They were all still together.
They call him Charlie. They had seen Charlie several times before. Charlie loves divers with lights. He’s a six-foot-long tarpon that lives in the water off on Adventure’s reef. Tarpon scales reflect light from the diver’s flashlights. This creates a flash of light when they swim past in total darkness. Charlie had learned to swim with divers, keeping just out of sight, hiding in the shadows. When a small fish is blinded and stunned by a curious diver’s flashlight beam, Charlie torpedoes from behind, passing very close to the diver, and makes a meal of the stunned fish.
Lyle knew the tarpon living on Bonaire were not shy or frightened of people. After all, they’re their easy meal ticket. Charlie had probably been swimming with them since they descended. Lyle knew he would most likely stick with them until they finished the dive. He would stay out of sight in the darkness surrounding them, awaiting his next victim. 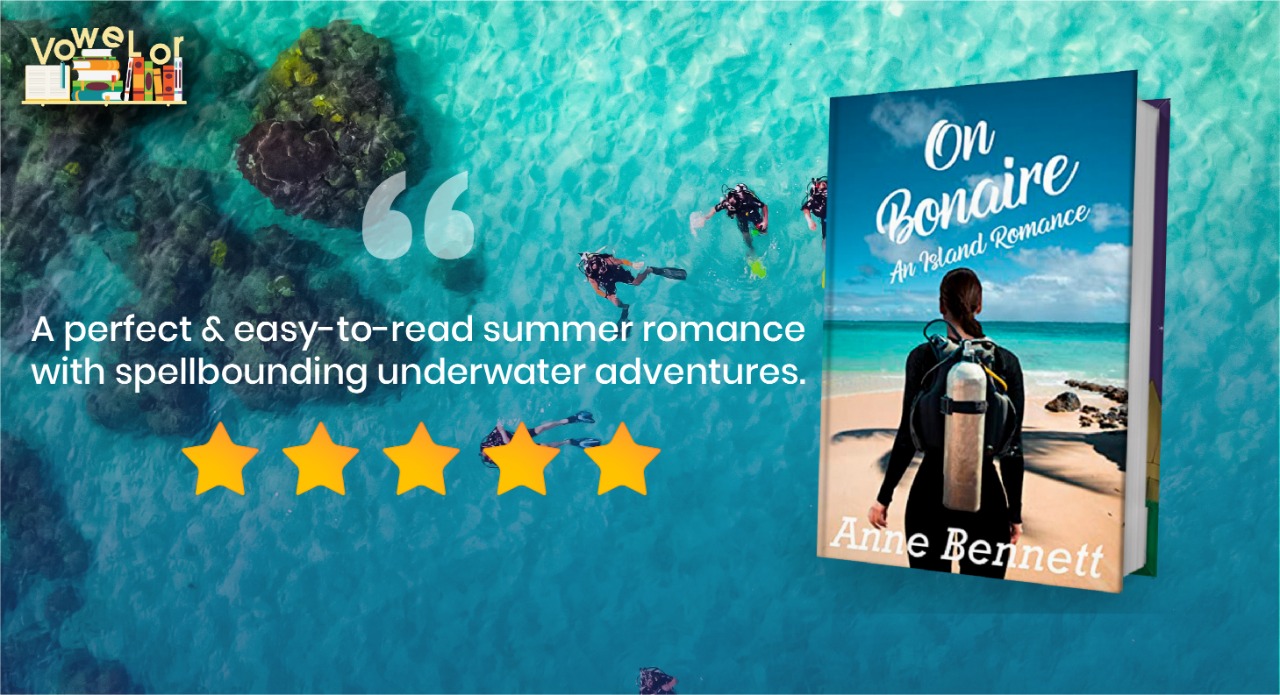 Many of us might have this thing on our bucket lists which would be something like exploring underwater life, diving, swimming among the sharks or stingrays, and whatnot. Just like that Lyle and her friends had a range of land and sea adventures they wished to get their hands on, on the island of Bonaire.

But who could have guessed that something or someone can simply jeopardize this little fairytale story of hers? So, dive with Lucy to the warmth of the Caribbean Sea and figure out passion, friendships, and romance with her.

Not giving any spoilers as it is a book that has all sorts of you giving twists and turns at just the right time and will keep you hooked till the very end. Okay, just one spoiler, the story doesn’t end with the book so expect a big dose of mystery, thrill, and love in the coming future.

✅ Get your copy of On Bonaire by Anne Bennett on Amazon now!

The book, On Bonaire, talks about the adventure and misadventures of Lyle Cooper on the island of Bonaire in the Caribbean Sea. Lyle had all the plans of diving, exploring, and traveling but none of it had romance as a part. But as we say that love shows up really unexpectedly at the doorstep, it did the same with Lyle. As her adventure started unfolding, she bumped into Michael Miller, an event that will eventually change her life.

The descriptive writing of the book is just highly commendable and is so apt according to the story. The how’s and why’s of underwater adventures have been provided in such a way that a reader can find themselves imagining swimming with fishes and observing the corals.

Each character seems necessary to the story and so does each detail. With the amazingly written characters, perfect amount of spice, and calming adventures of the sea; On Bonaire is hands-down one of the best summer romances I have read in a long time. Just can’t wait for the next part to come out.

About the Author: Anne Bennett 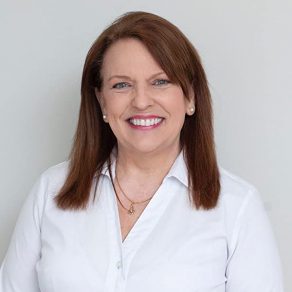 Anne Bennett is a master diver and author from North Carolina where she lives with her boyfriend and two cats, Darby and Piper. She has recently published her novel by the name of On Bonaire. It is a contemporary women’s fiction novel with elements of exploring the underwater world and finding love side by side.

Anne comes from a very long line of fishermen, hence, developed a love for water very early in her life. She is a master diver with specialties in night diving, wreck diving, and certification in shark awareness along with other achievements.