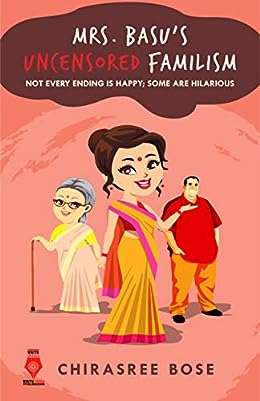 Mrs. Basu’s Uncensored Familism is a comedy-drama story written by Chirasree Bose in a way that is hilarious to read and yet hard-hitting at the same time. This book was published in the year 2020 by Write India Publishers.

The novel revolves around the married life of Mrs. Arpita Basu, a 23-year-old lady. Within 6 months of her marriage, she gets into situations that make her ask questions to herself that probably all of us would resist somewhat deliberately.

Chirasree has smartly introduced tongue-in-cheek humor in all these situations which makes the reader get even involved in the story.

‘I am trying not to take offence.’ Naveena rolls her eyes.
I go on, ‘the marriage happened after I’d pretty much given up on the prospect of taking up a job…,’ I play with my fingers absently, ‘Didi would say, “get married first and then a job if your in-laws permit.” Huh… A bunch of people whom I hardly knew were now being handed the dictatorship of my life. Because, well, my guardians were tired of dealing with it. Half of your life you are told to make the most of educational knowledge and in the other half, you are like what the fuck, I need to up-skill myself to the mediaeval notion of an ideal daughter-in-law who must lose every damned reasoning skill she’s ever gained through education! Yes, this is my life now. I don’t give a toss about perfection and yet I am trying day and night to be one. Do we ever get to decide what we want, Maddy?’
‘Do women like you ever tell what you want?’ She retorts.
Silence falls. Stabbing silence.

Mrs. Basu’s Uncensored Familism is written in 35 chapters with quirky titles in the light of self-realization and questioning societal partial norms.

At the beginning of the story, you get to know about the character traits of Arpita’s mother-in-law, father-in-law, and their housemaid Malti. Arpita’s relationship with her in-laws in the typical Bengali family is portrayed in a manner that every newly-wed woman will relate to. The author has succeeded in capturing the essence of every Indian family and household.

Mrs. Arpita Basu, the protagonist, had to deal with a lot of societal issues including patriarchy, familism, marital issues, etc. Her struggle to be a part of her in-law’s family while her husband does not keep any marital relationship with her has been described in this book. The highlight of the story is the humor, sarcasm, and slapstick comedy lines from Arpita, especially her conversations within her head.

Arpita had her own mind which had its own thoughts and wanted to speak up but somehow, she was afraid of the social stigma of being a bad daughter-in-law. In her struggle, her maidservant Malti helped her to remain sane. In the process, a beautiful friendship blossomed between Arpita and Malti. Arpita was moved by the thought process of Malti.

Arpita gradually tried to find her way in life when her husband Akash started to look for a friend in her. Even though he never considered her to be his life partner, Arpita was satisfied being his friend. But her life shattered when her husband abruptly left her without any promise of coming back. She could not find any reason behind the random behavior of Akash and tried to find the reason why Akash married her in the first place.

During this time, Arpita found her once lost best friend Naveena. She poured her heart out to Naveena and while doing this, the fine line segregating her present from her past was erased. Every moment from her past came live in front of her eyes. She felt guilt within her mind tormenting her existence.

This chapter of her life will unravel the mysteries of the present, all the knots of the past, and the road to the future; of course, in the most comical way possible.

✅ Get your copy of Mrs. Basu’s Uncensored Familism by Chirasree Bose on Amazon now!

My Thoughts on this Book

Mrs. Basu’s Uncensored Familism by Chirasree Bose is a well-conceived novel from the comedy genre. The illustration of the book is funny as well. The page quality of the book is very good. The story has been narrated by the main protagonist Arpita Basu in the first person.

The novel is more than just a comedy-oriented family drama. It deals with a hard-hitting truth that we all want to avoid revealing in the fear of trampling over the regulations imposed by society upon us, especially on women.

Eventually, the novel comes up with a very serious topic in a light way which is commendable. There are many messages woven inside this single book. This is a very well-tried effort. The story is simple, straightforward, and realistic.

The sequences of dialogues and drama make the book a fast-paced one. The flow of the narration was smart and interesting. This novel has a nice course of events that make the reader to be engrossed in the book.

The style of writing is catchy, entertaining, and captivating which makes this novel a one-sitting read. 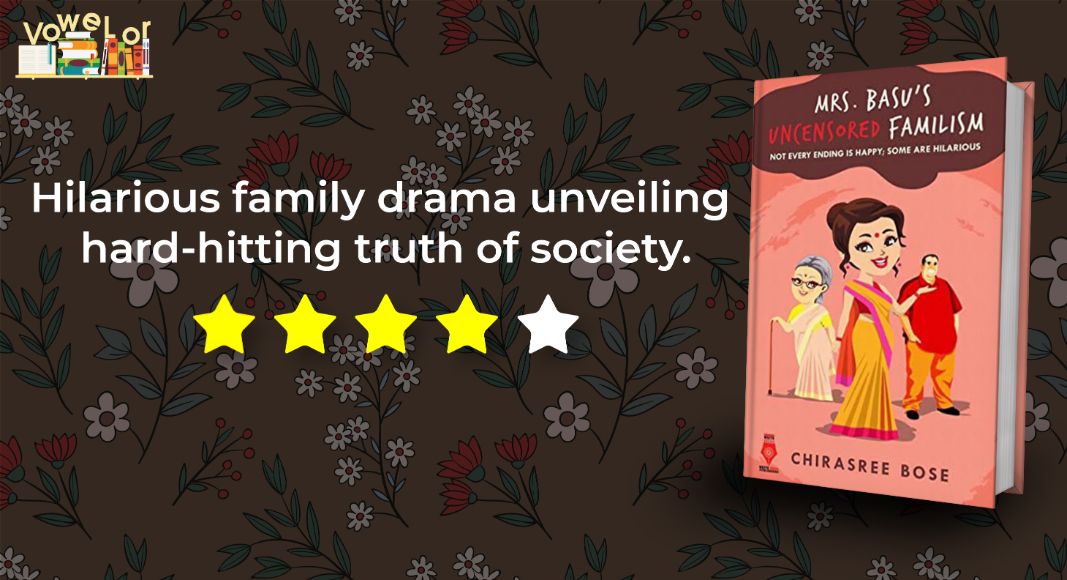 Few flip sides of this novel

The book started with a promise of being hilarious but eventually continued to be a serious drama. There were some funny moments, but those were not enough to make this book comical throughout.

There were occasions where the same realization of the main protagonist was described in different ways. Also, it took a lot of time to come to the main catchy part of the book. This made the reading experience a bit monotonous in some places.

About the author: Chirasree Bose

Born in a small town near Kolkata, Chirasree Bose is the author of two amazing books. Her first book ‘Done with Her’ was published in 2019 which received positive reviews. Chirasree’s latest book is Mrs. Basu’s Uncensored Familism that got published in Feb 2020.

Although Chirasree studied Engineering, now she is following her passion i.e. writing. Apart from her books, she has worked as an editor and writer with various online platforms as well.

When she is not working, you may find Paulami reviewing books, writing blog posts, or attending literary events. She can read anything and everything that she can get a hold of. She has a small personal library at her house.