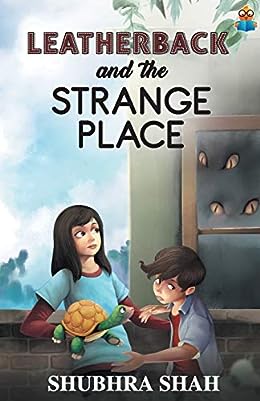 Leatherback and the Strange Place by Shubhra Shah is her second book. Though targeted for young kids for ages between 10-14, this amazing book is a mesmerizing read for everyone, irrespective of age.

The book is published in September 2019 by Shristi Publishers imprint Cuckoo Tales.

In India, narrating stories through animal and pets’ voices has been a favorite medium. Be it Panchatantra, Jataka Tales, or every other folk story recounted by Granny’s from many generations.

Though ‘Leatherback and the Strange Place’ follows the same pattern, it differs from this genre by spicing it up with major ground-breaking twists and turns. Poems, Riddles, illustrations, and fun facts are sprinkled throughout the book, which engages the little curious minds like nothing else.

Here’s the snippet from the book

I just could not sleep in the new house. When I had entered the house, I could sense something was amiss. I could not place it at that time, but now I realize, it was the heavy cloud of misunderstanding and unforgiven grudges weighing down a house that seemed perfect from outside.

Now I sat staring at the walls with Queenie snoring next to me, Sara practicing her speech quietly in one corner of the room, Neel fast asleep with Loro softly singing a lullaby next to him, Lolita sullenly staring at the space in her room and Mr Seed spending the night in his study! No one had yet told me anything about Neel and my stomach was aching with curiosity. When I tried to approach Loro, she told me the strangest thing “This story is not for me to tell.”

Confronted with struggles at an early age, Sarah and Neel are growing up in a different household. Their house stands entirely on the opposite end of the spectrum to a happy, eclectic house brimming with noises of laughter and screams.

Still, the household gets united as one strong team as fate throws some curve-balls.

Tanya’s pet, a hundred-year-old tortoise named Leatherback, is the protagonist of this book. The narration begins with the temporary displacement of this pet to a new house while his favorite caretaker is away to participate in a swimming competition.

Leatherback, the tortoise, encounters a strange atmosphere in the new caretaker’s house. Sometimes innocent mishaps by parents lead to dangerous consequences. Lolita’s son Neel lost his voice on account of one such mishap, which also triggered Sarah to stutter.

Mr. Seed, the father, could never forgive his wife and drowned himself in overwhelming work. This family was slowly coming to terms with their condition. Things were slightly getting better. Sarah was excelling at academics, and Neel took to music. He was also performing well along with his companion, Loro, the parrot.

Sarah overcame her fear and triumphed at spelling bee competition; she was ecstatic with newfound pride. She was eagerly waiting to share the news with her parents, but unexpectedly an ugly turn awaited her at the end of the day.

Lolita was missing; her husband has no clue except for some crumpled papers left by the kidnappers.

Neel, who didn’t speak for a long time, found his voice, and Sarah’s stutter vanished amidst the chaos. Their pets, some of which were permanent and some temporary, like the leatherback tortoise, formed a search party.

The adventures of the search party are worth reading. These episodes slowly introduce all the species of animal kingdoms along with some fun facts about them. Snakes, Eagles, Vultures, birds, and owls; all play their part, which is truly amazing.

✅ Get your copy of Leatherback and the Strange Place by Shubhra Shah on Amazon now!

Teaching kids the intricacies of good behavior and keeping their heads in the right place is a herculean task. Author Shubhra eases this job by interspersing fear and humor.

Every kid is different; some are naturalist, some are interpersonal or intrapersonal, logical or musical. The puzzles and the thrilling encounters of the search party in the book ‘Leatherback and the Strange Place’ cater to every kind of kid. Naturalist gets enthusiastic with animals and their environment. There are poems for the musical kid and riddles for the logical one.

The writer feeds the imagination of intrapersonal with vivid descriptions of the scenes. The intrapersonal kid gets excited with many encounters with every kind of person we see in the real world.

Shubhra did a wonderful job here, but the only flaw in this entire write-up is that the stories sometimes become too lengthy. Kids who have lesser attention spans may find it difficult to proceed. The tone of the book takes over the kind of novels, which drags on a bit.

Apart from that, the book as a whole is a wonderful addition to a budding teenager’s book collection.

The daily humdrum of life in a cantonment area is well brought out in this book. Usually, every story ends with a moral, but not here. Morals are highlighted now and then throughout the book.

The climax of the story, i.e., completing the animal search party’s mission, becomes a cloak and dagger affair. Keep your eyes, ears, and heart open for the unsuspecting twists and turns. 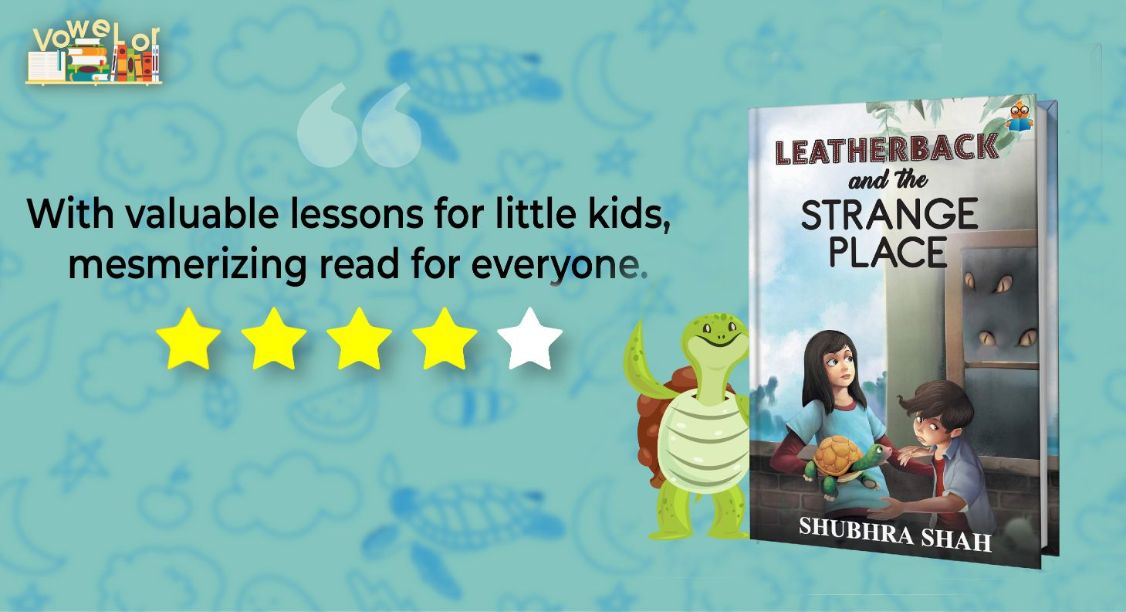 About the Author: Shubhra Shah

Shubhra Shah is an author, a psychotherapist, and a single mother of two kids. She lives in Kolkata, India, and completed her education in English from St Xavier’s College in Kolkata itself.

She published her first book, Leatherback’s Big Win, in 2016. She created the character of Leatherback, a tortoise, to make some valuable lessons reach the kids of this generation through her stories.

Shubhra’s latest book, Leatherback and the Strange Place got published in 2019. Read our exclusive interview with Shubhra Shah to know more about her life and her upcoming books.

This review is written by one of our Vowelor Facebook Community members – Aruna Deepa S. She is a former resident of Mussoorie, currently living in Pune, and a big fan of Ruskin Bond.