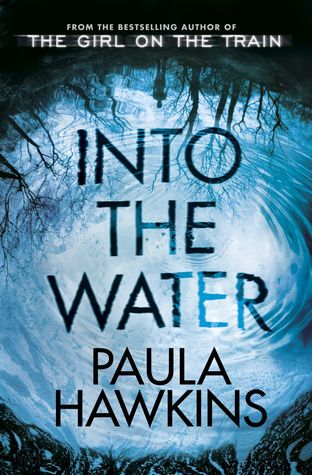 Book Review : Into the Water by Paula Hawkins

Into the Water by Paula Hawkins is the first book after the release of her bestselling book, The Girl on the Train in 2015. Her new novel, Into the Water, is set to release in May 2017. Paula Hawkins has weaved another gripping mystery thriller in the form of Into the Water. Her first novel was adapted into a Hollywood film of the same name.

The book, Into the Water by Paula Hawkins, unfolds a twisting story with wickedly layered plot interwoven with a powerful understanding of human instincts and the damage they can inflict. Into the Water is based on how the forgotten things of past extend themselves into the present and shape the future.

The Story : Into the Water by Paula Hawkins

The story of Into the Water by Paula Hawkins is about a murder in a small town beside the river. There utter suspense on the secrets of a family when a single mother and teenage girl were found dead at the bottom of the river within a span of 2 weeks. It is going to be dreadful as the investigation follows.

“Into the Water” is a much smarter and better thought out novel than “The Girl on the Train” was. It is a more evolved and nuanced work, one that isn’t necessarily a domestic thriller through and through. It is quite a feat threading together the intricacies of the narrative – from its background to its development and its reveal – across the many perspectives.

However, while this revolving door of key players fleshed out just how interconnected everyone in the small town was to each other, the impression of the uneven and underutilization of some characters was a shortfall of Into the Water. Still, they all fulfill a purpose in moving the plot along in an intriguing manner.

An addictive psychological suspense thriller that will grip you till the end!

About the Author: Paula Hawkins

Paula Hawkins was born and brought up in Zimbabwe and moved to London in 1989. Her father was an Economics professor & journalist. Following her father’s footsteps, Paula studies philosophy and politics to become a finance journalist. She worked for major newspapers including The Times.

In 2009, she tried her hand at fiction under the pen name Amy Silver, but couldn’t touch the success. It was after the release of her first dark fiction novel The Girl on the Train in 2015 that she was recognized worldwide. After featuring in the New York Times bestselling list, The Girl on the Train was adapted into a Hollywood film that released in 2016.