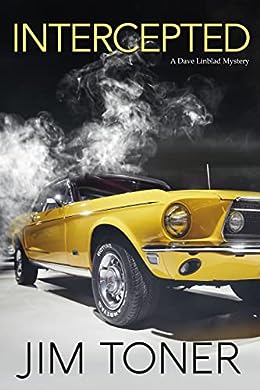 Intercepted is a contemporary coming-of-age thriller by author Jim Toner, published in 2022. The story follows David Linblad, a high-schooler from Warren, Pennysylvania as he uncovers the mystery behind a kidnapping and subsequent murder.

The book cover is quite unique and pops due to the color combination. I was expecting the story to be something retro, based on the model of the car on the cover, though that was not the case. But trust us when we say it will not disappoint you at any point. 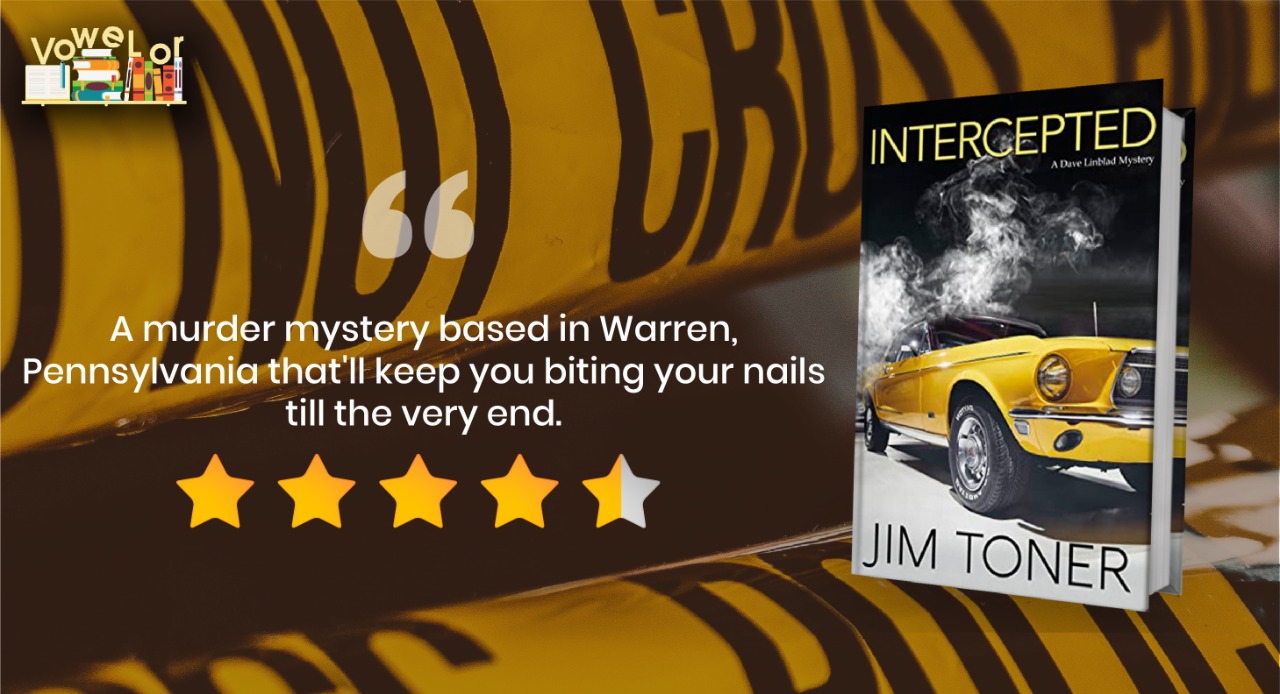 The book has a lot to talk about. The plot is very gripping, the characters equally exciting and the writing absolutely mesmerizing. I want to talk about each of the aspects separately in order to make it distinct and clear for the readers and I would rate each one out of five.

The story is set in Warren, Pennsylvania. For those who don’t know, Warren offers a suburban feel to the residents and has a relatively lower crime rate, making it a great place to settle in after retirement. Hence, a plot filled with kidnappings and murder feels even more disturbing in such an environment, which serves the purpose for me as a reader.

Dave Linblad, a sixteen-year-old high schooler, moves to Warren with his father where he starts a lawn maintenance business during the summers. Their plans for a quieter life went south pretty quickly when a series of theft took place in the neighborhood, followed by a kidnapping that Dave witnessed first-hand. The mystery didn’t stop there, and a body was found, not long after. Danger lurks at every corner and no one can be trusted anymore. Will Dave be able to uncover the truth or will find himself in a life-and-death situation? Read to find out.

The plot is quite intriguing, and believe it when we say that it’s not going to disappoint at all in this regard.

In terms of readability, it is an easy read for all, be they regular readers or someone who’s new to the genre. The story can be slightly predictable at points but I’d still recommend all thrill seekers to give this one a try.

It is a coming-of-age story with a lot of mystery and thrill, along with self-discovery in a new environment. The story is built around friendships, relationships, love, death, courage, and the susceptibility of teens to get influenced by the company they keep and its subsequent repercussions. An absolute recommendation from our side.

Verdict: 4.5/5, A murder mystery based in Warren, Pennsylvania that’ll keep you biting your nails till the very end.

Reasons To Push This One Up Your TBR

Intercepted is a YA mystery novel that I loved as a reader due to its simplicity and how it still managed to hold my attention throughout. One can go about the whole story in one sitting without getting bored or feeling exhausted, which is something great about it. Whether you are a regular mystery reader or someone absolutely new to the genre, Intercepted should be on your TBR list.

✅ Get your copy of Intercepted by Jim Toner on Amazon now!

About the Author: Jim Toner 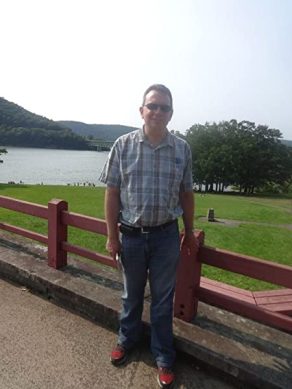 Jim Toner is a New-York based author who has recently published his young adult mystery novel, Intercepted. He has studied in the city of Tours, France, and has a bachelor’s degree in French from Houghton College.

Along with Intercepted, he has written Under the Blood, the Purity Ring Murders, and Summer Danger, all of which are YA mysteries as well. One can also find his articles in publications like Niagra Gazette. Other than writing, Jim loves to travel and has explored places like Germany, Belgium, Holland, Colombia, and various parts of the United States and Canada.