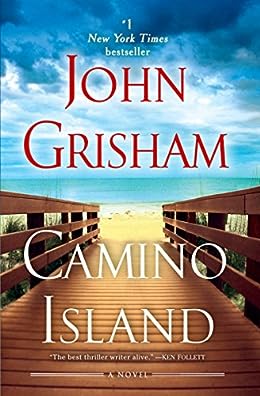 Camino Island is John Grisham’s latest novel which is about an unusual robbery from the Princeton Library. The book, Camino Island by John Grisham, is his 30th novel and comes as a bonus book apart from the regular Fall release of John Grisham thrillers.

The story of Camino Island by John Grisham is set in the long summers of Camino where thieves sweep over five manuscripts of the renowned writer F. Scott Fitzgerald. These manuscripts are stolen from the Princeton Library and sold into the black market of rare books. Soon, the FBI and a secret agency initiate the investigation to hunt these thieves down.

This is a pre-release review of the Camino Island by John Grisham which is set to release on 06 June 2017. It will be updated after the release of the book. Meanwhile, You can order your copy on Amazon.

About the Author : John Grisham

John Grisham is a bestselling American author, attorney and activist . His books have been translated into more than 42 languages. Grisham started his first story after listening to a case in a court. His first book, A Time to Kill, was published in 1989 after being rejected by 28 publishers.

John Grisham has written more than two and half dozen legal fiction novels and has been awarded various literary prizes. His books have been adapted into a number of Hollywood movies and television series.