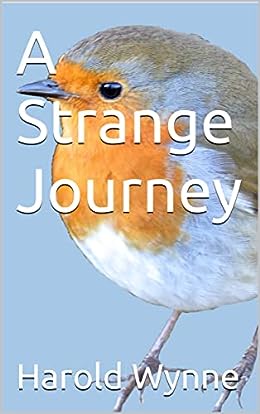 A Strange Journey is an urban fantasy fiction book by the author Harold Wynne, published in the year 2022. The book follows Vicky, a psychic; a fishing accident in her town; and a seemingly unconnected woman named Rachel. But what will happen when all these stories come to an intersection and Vicky has a choice to make?

Will Vicky be able to correct all the wrongs that have happened or are about to happen? Pick up A Strange Journey by Harold Wynne to figure out.

The train was bleedin’ late, so now Vicky was going to be late again. The rain wasn’t late, though, and it drizzled all over the place, driven by the gentle breeze. Tuesdays were boring; nothing to do on a Tuesday. There was never anything good on the telly, staring daydreamingly out of the window. Not into the outside world, but more like dreaming inside of yourself. That was when she noticed the butterfly. Oh no, you can’t be serious, you’re wrong? She was late by about three weeks or twenty-three days, to be exact; she was never late! (Except for trains).

The day went by in a haze of doubt and she thought a good night’s sleep would fix her and maybe bring on her yokes. The next morning, half a head brushed with one leg in the tracksuit, she was in a tizzy sitting on the bed. She had been told by doctors that she could not conceive or would at least need help to do it, so precaution was thrown to the wind like her knickers thrown onto the floor.

Where would she put a baby? She didn’t even have a cot. What would her ma say? She would be a Granny. Definitely keeping the baby. She’d have to stay at work…maybe the butterfly was not meant for me or it meant something else? Or not even for me at all. She didn’t plan for this to happen, not until she was at least thirty or maybe even older. It just didn’t make sense – preggers! Those mad, other women do that, no way. Her ma would have a canary. Where would she start? Well, she knew it started as such, but when the bump arrived then everyone would know, She’d have to start eating healthy, maybe even go vegan? 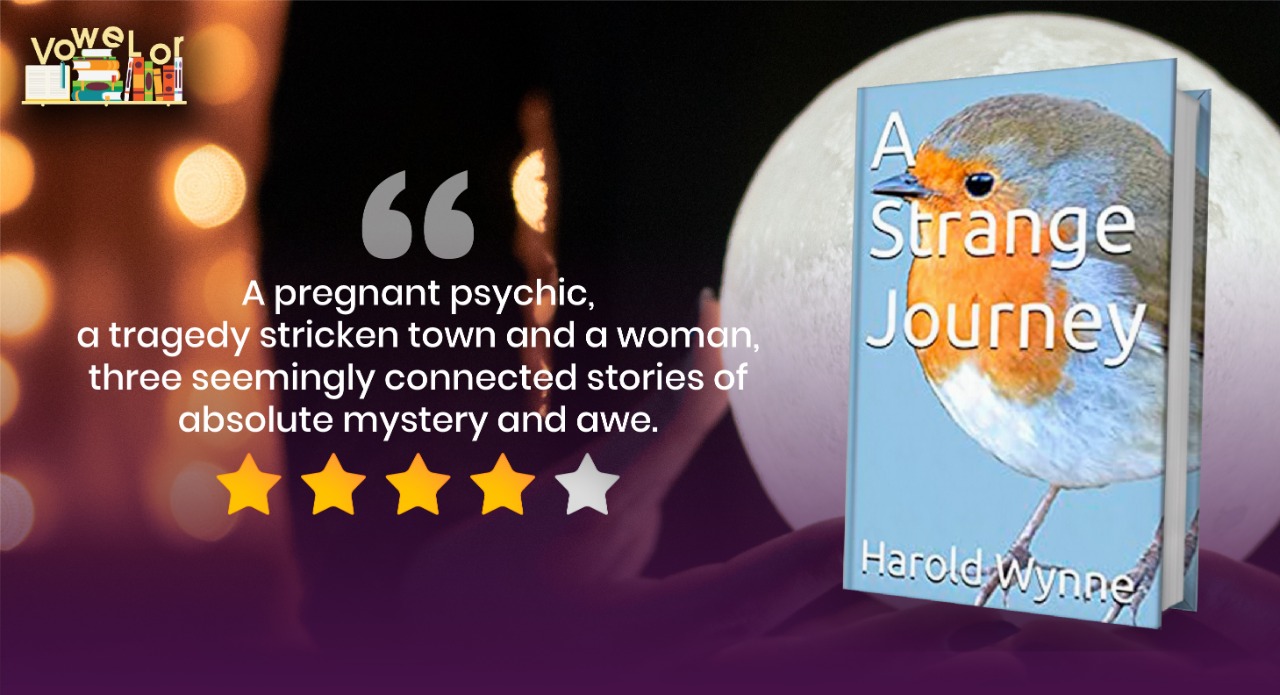 What happens when we lose someone we love? How is it that grief is something so hard to deal with and time is all it takes to accept it and yet there’s this hole in life that seems like it can never be refilled? Harold Wynne’s A Strange Journey is a similar story of grief and loss.

Vicky, a psychic in her family finds herself pregnant and surrounded by issues and feelings that she never thought she would be in. An imaginary thread tied her life with others around her and now the responsibility lands on her shoulders regarding whether to act on them or not. Will she be able to figure things out for herself or the mess will only increase?

Not giving any spoilers, for this is one book that can make you ponder on the possibilities of life, death, psych, and grief in ways none of us can easily fathom.

✅ Get your copy of A Strange Journey by Harold Wynne on Amazon now!

‘The ones who love us never really leave us, you can always find them in here.’ This Sirius Black quote from Harry Potter struck me the first thing when I kept down this book and that’s what it’s all about. The idea that our loved ones never actually leave us even when death does us part and even in the darkest of times, they are with us is actually comforting. And more so to those who have actually felt such a loss.

The protagonist, Vicky, and her family can be very relatable to a lot of readers based on their antics and behavior. Though the book could have been a little easier to understand with a little less use of slang and phrases, it is an overall good read.

About the Author: Harold Wynne

Harold Wynne is an author and works as an Inspector Technician at Amgen. He has recently published his novel, A Strange Journey, which follows Vicky and her struggle with her powers, the choices she makes, and the repercussions that follow for her and all the people around her.

Harold is originally from Ballybrack, a suburb of Dublin, located in Dún Laoghaire–Rathdown county in Ireland. He has studied Cognitive Behavioral Therapy and Planetary Science and is also a CBT Practitioner, Tarot Card Reader, and Usui Reiki Master.