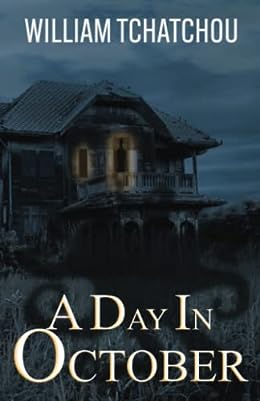 A Day in October by William Tchatchou is a fun, action-horror story mixed with a pinch of humor in it. It is the second book in The Boy King series published in 2021.

The story is about a monster hunter, Arthur Curry, who is solving an unusual incident that happened in Missouri where a mysterious creature kills a group of people. No evidence, no dead bodies are left behind. The Police could not find anything and the culprit was never found.

That was six years ago. And considering I’ve spent the entire day pouring over this town’s more violent headlines, this is the closest thing I have to a lead. And I nearly missed it because the age groups don’t match. Unless my supernatural grizzly bear has a girlfriend, I’m guessing whatever ate my mark last night is probably establishing a pattern.

Eighteen years to this date, a group of college kids was eviscerated at a house party. It would go down as a typical Friday the 13th unsolved except that, besides the blood and gore, very little of their actual bodies were found. And while this is Missouri, the local cops at least do their job as well they can. Considering how many police records I’ve read in how many languages, I would know.

Book Review: A Day in October by William Tchatchou 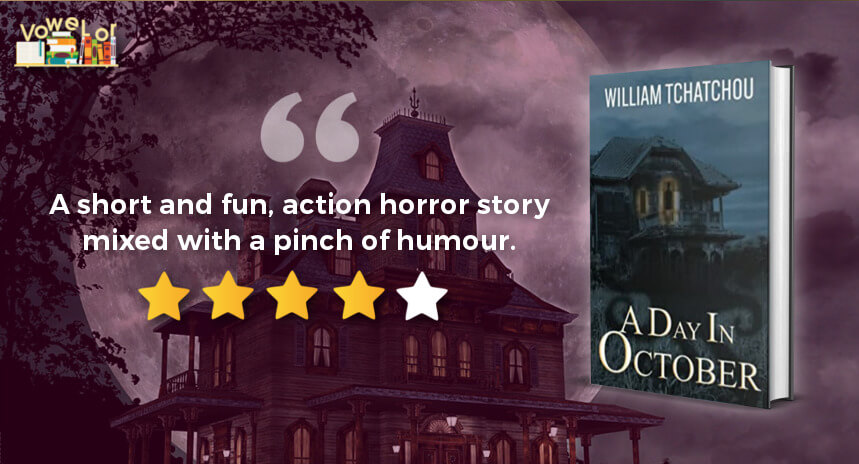 The story of Missouri where a 10-foot tall monster was seen engulfing a farmer from the town. The first part covers the scene from a bar where the protagonist, Arthur Curry, and his friends witness the entire scene, screaming, scared and confused.

In the next scene, Matt Crossneck, a client, appears to meet the protagonist for therapy. Matt Crossneck was the only eyewitness who can explain what happened at the party 6 years ago. Police found little evidence but not all the bodies were found.

Arthur Curry, being a monster hunter, tries to find the truth as he presses his fingers against his temples to make the mucous green circles around his irises. He prepares himself with the blood slides to know the abnormalities and hormone level of Mr. Crossneck.

There lie two problems; One manifestation is creatures of habit. Pure and simple. They are picky eaters and generally prefer under-aged meat. Monsters, apparitions, ghosts, aliens, adults may see them, but children believe in them.

The second problem is the difference between Medusa and the Minotaur. Medusa was her own lady with a big grudge against men. The Minotaur was a pet demon of a mad sorcerer-king who found a relatively cheap way to kill people using a gruesome wild animal.

Twelve years before, it slaughtered 16 young adults, all between the ages of 20 to 26.

The story continued with the second part of The Day in October, where he interviews Jessica. She tells him about John Percy, her daily customer buying comic books. But, she tells him about Alex McCoy, who wrote a book like Stephen King. An incident happened with the class in 1992. A crazy axe murderer was let loose and every school and some colleges in the country and few of the neighbouring ones were closed for two months.

Jessica is the only hope for Arthur to be able to solve the mystery and uncover the real truth behind all the deaths.

✅ Get your copy of A Day in October by William Tchatchou on Amazon now!

The Author kept the story short describing things in every detail with a mixture of humor and horror.  About the writing style, William used phrases that might lead to using a dictionary but the meaning could be sarcastic.

Being a little book, the words could have been easier to understand. The stories skipped from one scene to another may confuse some of the readers.

About the Author: William Tchatchou

William Tchatchou is the author of “Hotel of Madness” and a variety of short stories that may never see the light of day.

He dedicates this first book to his upbringing in PG County, MD and his love for the anime/nerd/geek community that surrounds it.

When William isn’t making up stories, he is a proud father of two big boys who aren’t at all spoiled fur babies who he treats more like children than actual dogs.