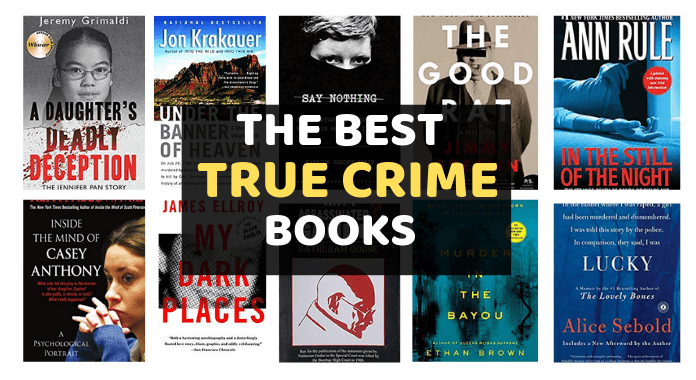 There are the times in every book lovers’ life when fantasy or fiction doesn’t excite you anymore. It is the time when you look for books based on true story and the ones which give you the same adrenaline rush.

That’s when you pick true crime books. It is one of the top non-fiction genres of literature and the one which makes you aware of some harsh human behavior.

Here is the list of best true crime books which will let you peep into the minds of the murderers and witness the victims courage.

Buck up your reading soul and set your voyage for reading these best true crime books of all times.

1. Why I Assassinated Mahatma Gandhi by Nathuram Godse 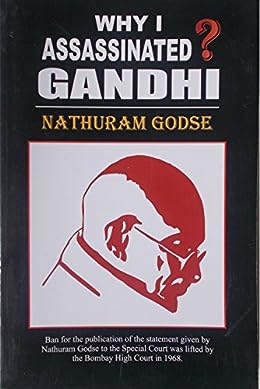 Mahatma Gandhi was an Indian freedom fighter who stood against the British rulers. The story of his death is what intrigues many. Hence, the world needs to know what made a man murder such a great personality.

This book can give a great start to reading the best true crime books. Also if you have a great interest in Indian history and its politics then this book will give you a glimpse to some other perspectives.

2. Murder in The Bayou by Ethan Brown 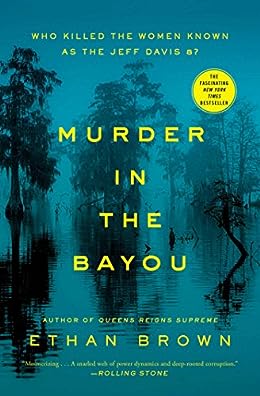 The second book in the list is Murder in The Bayou. It chronicles the event when the bodies of eight women were found in Jennings, Louisiana. The event took place between 2005 and 2009. Soon the police came out with the theory of serial killing by a woman named Jeff Davis 8. But the case remained unsolved for many years.

Ethan Brown flipped through thousands of pages to look for the actual reason behind all the killings and delivered this amazing story.

This story is mesmerizing and also it is one of the best serial killer true crime books. So, true crime book fans got many reasons to must read this true story. 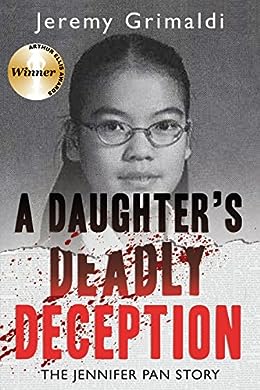 This captivating book will give you a bone-chilling experience of reading a true crime story.

A Daughter’s Deadly Deception is about ‘Jennifer Pan Story’. The author narrated the incident when Jennifer a young girl who was conspired for her mother’s murder and charged for attempting murder of her father.

Jeremy Grimaldi, the author of this psychological thriller story is also a journalist who takes the reader inside the interview room and describes the scenario when Jennifer confessed her crime.

4. Under The Banner of Heaven by John Krakauer 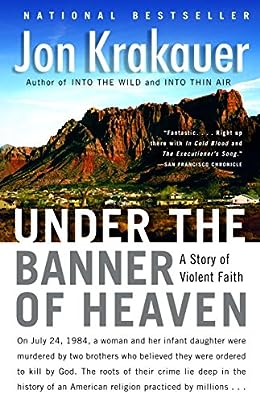 The bestselling author John Krakauer wrote this story of violent faith in the year 2003. He takes his reader’s in the isolated world of Mormon Fundamentalists.

The book tells the numbing story of two brothers Dan and Ron Lafferty who brutally slaughtered their sister-in-law and 15-year-old niece in the name of a divine revelation.

Krakauer did the extraordinary work of investigative journalism and delivers this disturbing story in a very insightful way.

Moving on with the list from this chilling novel to the other thrillers.

5. In the Still of The Night by Ann Rule 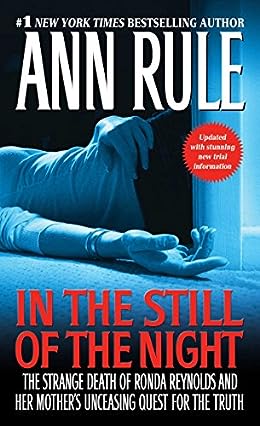 If you are planning to read true crime books then you cannot miss books by veteran True-crime legend, Ann Rule.

In the Still of The Night talks about the story of a girl who died too young. It was hard on her mother to face this loss so she started to quest on the truth of the night her daughter died. After eleven years of struggle, she finally proved that her daughter didn’t do suicide and made justice to her.

This true crime classic will compel you to read again and again and still, you will not get over this true story plot.

6. The Innocent Man by John Grisham 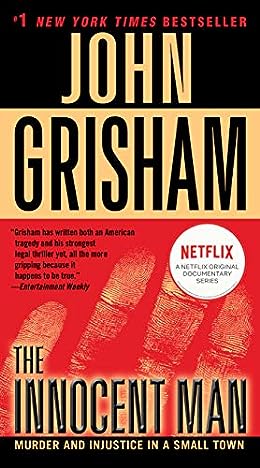 This is the first non-fiction true crime book by John Grisham.

But, does it feels like a debut? No! Not at all!

The story is based on the true crime incident about an innocent man and the injustice in a small town. Ron Williamson who was soon going to be the next Micky Mantle was charged with a false accusation of murder and was sentenced to death.

This legal thriller is a page-turning novel that will make you sit on the edge of the seat.

7. Inside the Mind of Casey Anthony by Keith Ablow 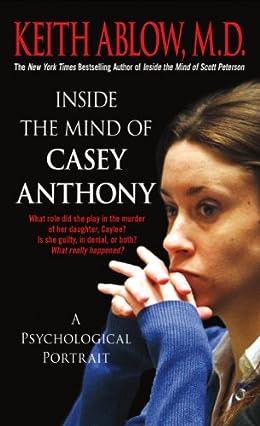 Do you remember this highly broadcasted murder case? where a twenty-five-year-old young woman murdered her two-year-old daughter and from then on she was infamous in the world.

No? were you living under the rock?

This book lets you peep into the murder mystery of Casey Anthony written by Keith Ablow, forensic psychiatrist, and journalist. Keith introduces his readers with the psychological aspect of the accused. He digs out the truth supported by the intense research and the experience.

This book is mind-blowing read with a terrifying murder story.

Don’t drop here! Scroll, I have more exciting crime books for you.

8. The Good Rat by Jimmy Breslin 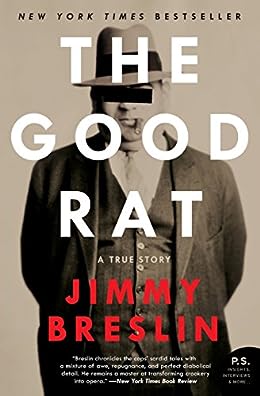 Jimmy Breslin talks about the mafias of New York. He lets his readers look at the hidden world of the mafias and explains the people and places related to them.

While reading this true storybook you will be transited to the journey where Mafias are made and broken.

9. In Cold Blood by Truman Capote 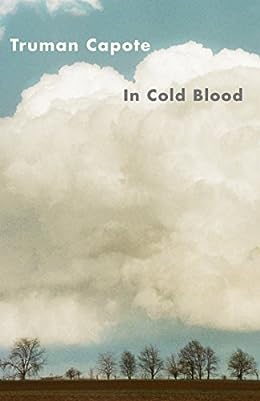 First published in 1965, In Cold Blood is a non-fiction crime book, written by an American Author, Truman Capote.

The book tells the story of 1959, murders of the members of the Herbert Clutter family. They lived in the small farming community of Holcomb, Kansas. Four people were savagely killed by the blast of a shotgun which was held a few inches away from their faces to kill them.

This book led to the capture, trial, and execution of the killers which wasn’t possible before as there was no clue on the site of the murder.

10. The Devil in The City by Erik Larson 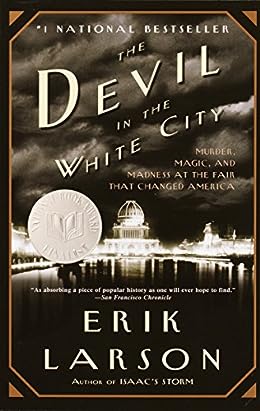 The Devil in the White City is a book based on the real characters and events. This historical non-fiction book was published in 2002, presented in a novelistic style.

Erik Larson narrates the true story of 1893 World’s fair and a devious man who used to lure people to come to the fair and then kill them.

The engrossing narrative and insightful research of this true crime bestseller will give you goosebumps.

11. My Dark Places by James Ellroy 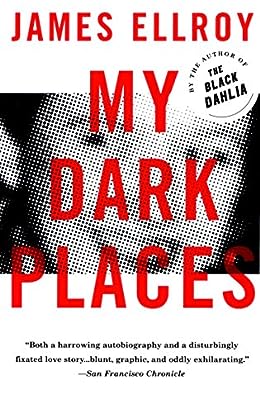 Continuing with this list of best true crime novels, this one is my personal favorite.

My Dark Places is the crime memoir of James Ellroy published in 1996. This part investigative journalism and part memoir book is about the murder of Ellroy’s mother Geneva. She was raped and killed in 1958 when James was only ten-years-old.

This is a story of loss, fear, and the utter braveness to read about and be inspired.

Moving Forward with the list, here is my second favorite true crime book.

12. Who Killed These Girls by Beverly Lowry 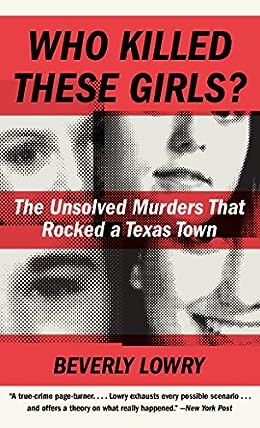 Excelling in the true crime genre, writer of the Crossed Over, Beverly Lowry once again enthrals her readers with the best books about serial killers.

Who Killed These Girls? accounts of the murder of four girls who were found burned and shot in the head in an Austin frozen yoghurt shop. The facts were brutally straightforward but still, it took over twenty-five-years to punish the murderer.

As soon as you start reading I bet you will be so hooked that you could feel the rage in your bones against the horrible crime. 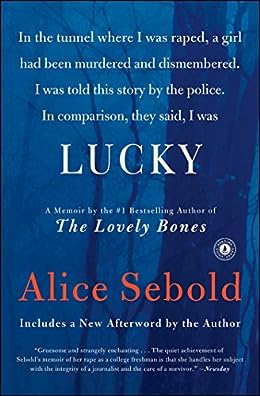 From the bestselling author of The Lovely Bones, Alice Sebold writes this compelling true crime memoir.

Lucky describes Alice’s experience as the victim of rape and her experience. She was an eighteen-year-old in the freshman year of college when she was raped and beaten in a park near campus.

This book based on a true story will take you through the journey of a survivor and how the rest of her life was shaped after this incident.

14. Say Nothing by Patrick Radden Keefe 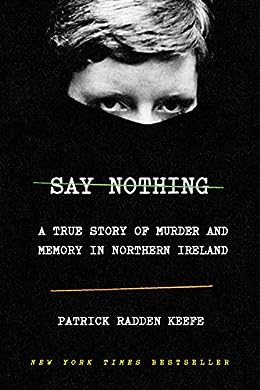 A New York Times Bestseller and the Winner of the Orwell Prize, Say Nothing by Patrick Radden Keefe is an account of The Troubles of Ireland.

In December 1972, thirty-eight-year-old, Jean McConville, a single mother of ten was abducted by the masked intruders. After that kids never saw their mother again. No one was charged and none tried to raise their voice against the crime. In 2003, when a set of human bones were found on the beach with a blue safety pin, the children knew it was their mother.

This masterful history is a must-read crime mystery books revealing the truth about The Troubles. Don’t miss out this one of the best true crime books 2018. 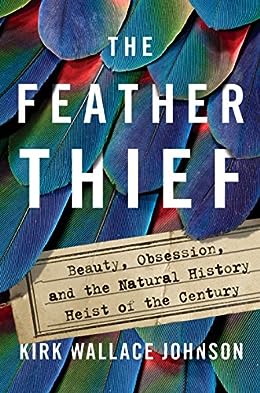 The Feather Thief is a non-fiction true crime book with the elements of a classic thriller that can appeal anyone to read.

The book talks about the natural history heist of the century when Edwin Rist, a flautist stole the rare and priceless feathers from the museum. Though, he escaped from the crime scene.

This book is an exploration of the fact that how nature’s beauty is destroyed and the obsessive human behavior.

I know like me you are also very inquisitive for knowing what actually happened on the crime scene. How did the criminal plan the crime, what was he thinking, how did he executed and what was the reaction of the victim in that state of horror.

To calm these curiosities I go to the section of true crime authors. The books I have mentioned in this list will give you the pretty clear image of the historical events that happened on the day of the crime.

Among all these crime novels, my personal favorite is My Dark Places by James Ellroy. You need courage for even thinking about writing such a book. I liked how the author presented his vulnerabilities and faced everything with tremendous heroism.

If you could choose a criminal incident to read, which incident you will choose?