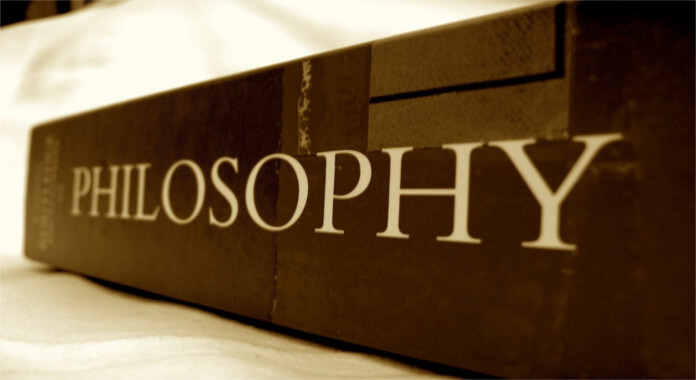 There are times in everyone’s life when everything seems upside-down. When reality hits hard and you couldn’t find any escape. That’s the time when you do some philosophical thinking. These best philosophy books will help you dig deeper into life and to sail smoothly in the storms of life.

Now you all must be thinking, what does philosophy mean? Philosophy is your approach to leading your life.

I will introduce you to the books written by the most important philosophers of the ancient as well as modern times. These recommended philosophical novels will give you a wider perspective and a clearer vision for your thoughts, beliefs, concepts, and attitude about everything.

Best Philosophy Books of All Time 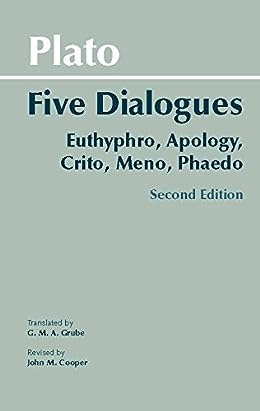 Before talking about this book, you need to know that Plato was the student of the great Athenian Philosopher, Socrates and the teacher of Greek Philosopher, Aristotle. You can read more about Plato from here.

If you are not an avid reader and still thrives for reading about philosophy then this is the best philosophy book for the beginners and also the most popular book of all time. This book is just 156 pages long with the grassroots of western philosophy imbibed in it. 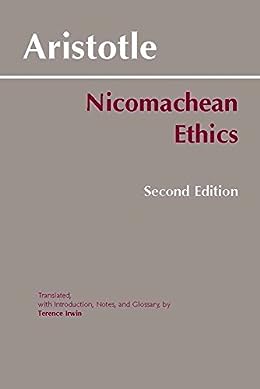 You could not deny reading one of the top philosophical book which is also read by the great politician and writer, Winston Churchill and hence, it is a must-read philosophy book for you also.

Nicomachean Ethics is written by one of the most influential philosophers, Aristotle who will introduce you to the original works of virtue ethics, teaching you to be good to others and lead a good life. These pieces of advice will help you to improvise in your way of living.

This is one of the best books on philosophy and was translated by Terence Irwin who makes this ancient book more comprehensible and clearer for the readers. He has filled a few of the meanings of Aristotle in his words to make his sayings clear. 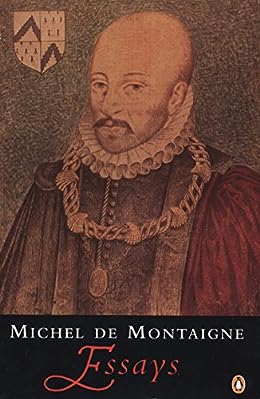 I don’t think you will even think of skipping this one of the foundations of philosophy if you are a philosophy fan. It can be the best book about philosophy for beginners.

Essays were originally published in March 1580 in the Kingdom of France. Montaigne wrote essays, compiled in three books and 107 chapters of varying length. These essays have lived 400 years ago and still, they make sense in the philosophical world.

The book consists of honest views on sexuality, religion, cannibals, intellectuals, and other unexpected themes. It is written in a skeptical, humane and humorous, framed in the form of poetry, historical references, linguistics, theology, imaginary scenarios, and intriguing language. 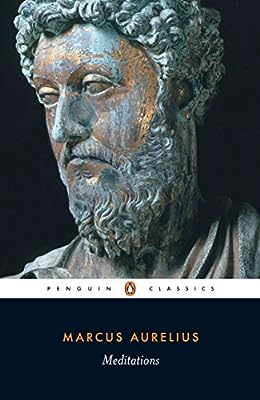 Above mentioned are the wise words said by Marcus Aurelius who was the last emperor of Rome and the writer of the book Meditations. He was a Stoic philosopher and was traditionally known as the Five Good Emperors.

Meditations is not only about the philosophical theories instead it is about the world’s one of the most powerful leaders who constantly helps himself in becoming a good person. The book guides the world to be humble, patient, empathetic, generous, and strong in stormy times.

These simple and effective philosophies are written in an easy and readable way. That is the reason it is the best philosophy books of all time.

5. Beyond Good And Evil by Friedrich Nietzsche 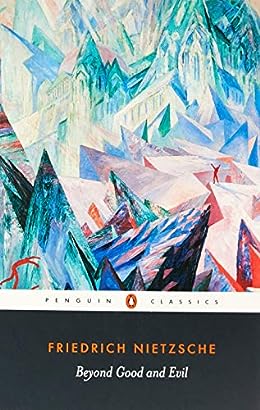 If you have read the great philosophy books and now you want to know a different aspect of beliefs and thoughts, then grab this book.

Beyond Good and Evil by Friedrich Nietzsche was published in the year 1886. In this book, Friedrich has mentioned about the ancient morals and prejudices and tried to throw some light on their weakness. He says that earlier philosophical books and preachings were mere assumptions and lacked critical sense.

You will enjoy reading this best book on philosophy where the author claims that ancient philosophies are slave morality and its time to leave behind them. Reading this book feels like flipping the opposite side of the coin. 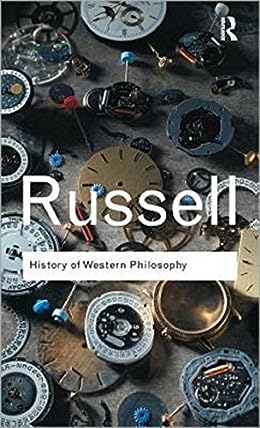 The whole philosophical history is traced down in this book, published in 1945.

History of Western Philosophy is written by Bertrand Rusell tracking the history from the rise of Greek civilization to the emergence of logical analysis in the twentieth century.

Rusell has dedicated 76 chapters each not more than 20 pages talking about all the perspectives of the ancient philosophers added with his allegations and criticism to the theory.

You will enjoy the book but at the same time feel pity for the rise of western philosophy seeing what it has done to mankind.

7. Being And Nothingness by Jean-Paul Sartre 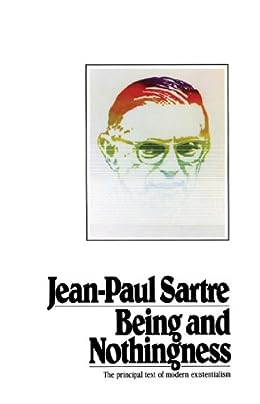 Jean-Paul Sartre was in the French Army and was captured by the Germans during the Second World War. When he was released from prison, he joined the French resistance as a journalist.

He was a novelist, dramatist, screenplay writer, critic and one of the most important philosophers of the twentieth century.

Being and Nothingness is an Essay on Phenomenological Ontology about the existentialist philosophy, published in 1943. The author digs out his own theory of consciousness, being, and phenomena through criticism of earlier philosophies. The book explains most thoroughly about the Bad Faith, however, Sartre is himself an atheist.

8. The Wisdom of Insecurity by Allan W. Watts 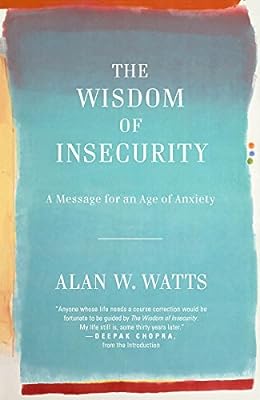 Do you also find yourself trapped in the habit of lingering on past or sometimes in the future? Do you also think that living in the moment is the most beautiful thing anyone can do for a better self?

Read this book, it will help you to embrace your present and also teach to enjoy your today.

The Wisdom of Insecurity by Allan W. Watts is also considered as the Self Help Book as it mainly talks about the laws in relation to man’s search for the philosophies and intellectual beliefs in religion and philosophy.

Allan Watts shows his reader how to put a full stop on their anxiety and start experiencing the days by the degree of their presence at the moment. 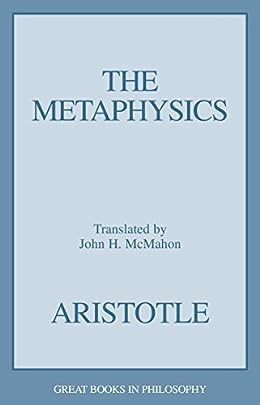 Metaphysics is the first branch of works in the philosophies by the Aristotle and also one of the principles found by him. The book majorly gives its readers a clearer understanding of the concepts and principles of being, reality, and existence.

While reading the book you might come across a few Latin or Greek words but this won’t wade away the essence of this great philosophy book.

10. Zen And The Art of Motorcycle Maintenance by Robert M. Pirsig 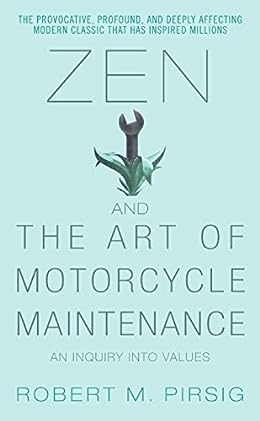 The title of the book might sound vague and unrelatable to philosophy but I dare you not to judge this book by its Title.

This book will intrigue you to know about the profound knowledge about who you are and how you live. It is an unforgettable narration of a summer motorcycle trip across America’s Northwest, begun by a father and his young son.

While reading this book about philosophy you will come across the fundamentals of life. These lessons will compel you to ask questions about love, fear, growth, discovery, and acceptance.

This is the best modern philosophy book which is touching and moving and with which you can resonate with.

11. A Guide to The Good Life by William Braxton Irvine 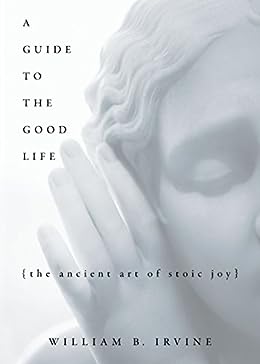 Remember all those times when you gave your 100% in a task and still ended up lamenting for not being up to the mark? You won’t do this after reading this book.

A Guide to The Good Life is written by William B. Irvine in 2008. It is the representation of the stoic philosophy and focuses on the feelings of chronic dissatisfaction. It will help you in becoming the thoughtful observer of your own life, how to minimize worry, and let go off your past.

These stoic philosophy methods will help you in eliminating the pain and attain a truly joyful life. 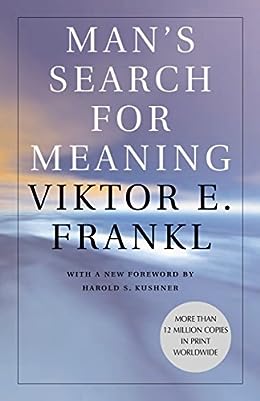 You know, there are few books to be read once in a lifetime, this philosophy book is one of those kinds.

This best philosophy novel comes from a man who had almost lost everything and yet he was determined to live a meaningful life.

Man’s Search for Meaning is written by Viktor Frankl who was a prisoner in Nazi concentration during World War 2. He went to four different concentration camps and describes his experiences in his philosophical book.

The book is about being positive even in the most adverse situation of life to imagine your desired outcome and eventually see it happening.

13. Justice: What’s the Right Thing to Do? by Michael J. Sandel 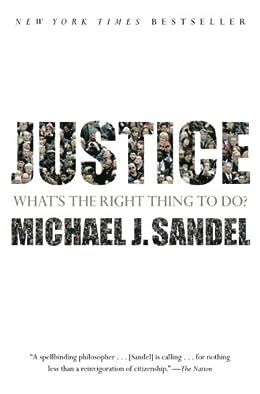 This novel is not only the best political philosophy book but also talks about the controversies and complicated issues of life.

Michael Sandel is a Harvard University professor who had compiled his lectures in this bestselling philosophical book. Justice talks about the persistent issues we all face at some point in time, like Affirmative action, same-sex marriage, physician-assisted suicide, abortion, national service, the moral limits of markets.

The book is worth gaining a spot in your bookshelf as it is lively and intriguing for the readers.

14. At the Existentialist Café by Sarah Bakewell 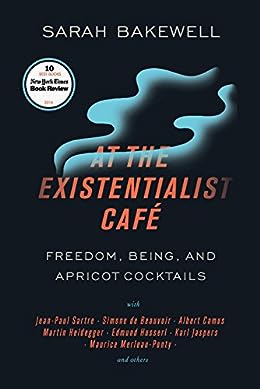 The Existentialist Cafe is named as one of the Ten Best Books of 2016 by the New York Times.

Sarah Bakewell creates a good philosophical book with a completely different philosophical approach for her contemporary readers. She introduces Jean-Paul Sartre, Simone de Beauvoir, Raymond Aron, and many other personalities like playwrights, anthropologists, convicts, and revolutionaries.

At The Existential Cafe is one of the best modern philosophy books. It talks about love, fights, affairs, mentorships, rebellions, and long partnership and giving the readers an insight into what existentialists can offer to us today.

I guess, by now you would have made a ‘Philosophy Books to Read’ list.

Philosophy is a never-ending subject. You live, learn from your mistakes, apply those learnings and preach them to others. It helps you in finding the answers to the questions of your life. It gives you an understanding of reality and existence.

I have enlisted these famous philosophy books for you so that, you can savor the taste of this crazy life in a more joyful way.

These books keep me going in life. I hope they will help you also in having a clearer understanding of life.

if you had to pick one best philosophy book which one would you choose? tell us in the comment section below