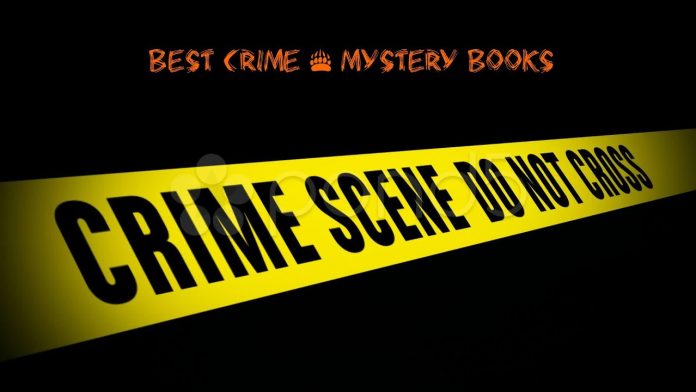 There is nothing like reading a good mystery book. Its fun to be a part of puzzling plots pieced together for a great unique and craveable reading experience.

I am bringing together the list of all the best mystery books that you should definitely add in your TBR list right now!

So without further ado lets dive in…

Here is the list of the best murder mystery books you can’t put down.

1. In The Woods by Tana French 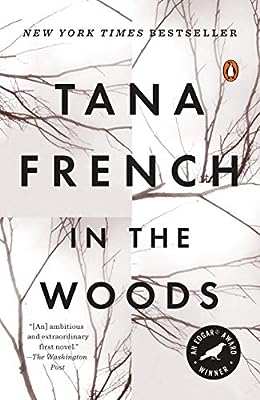 In The Woods is the first novel of the Dublin Murder Squad Series by Tana French.

This debut crime mystery novel, tells the story of two Irish detectives who solve the murder mystery of a young girl found dead. As the investigation proceeds, one of the detectives tries to unsolve the mystery which he had survived twenty years ago.

I think this book offers you one of the best mysteries of all time. The more you progress with the story the more engaging it becomes.

2. We Were Liars by E. Lockhart 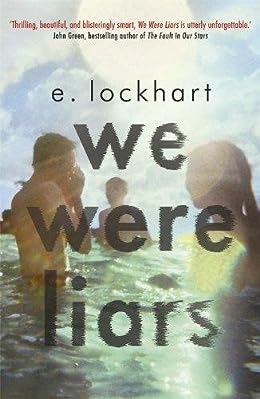 One of my friends kept nagging about reading We Were Liars by E. Lockhart and when I did, I literally thanked her for recommending me. This book is clever, cunning, beautiful, and disturbing all at the same time.

This book is listed as one of the great mystery books. It chronicles the story of Cadence Sinclair who spends her summer vacations on an island owned by her grandfather, Harris Sinclair.

On one of the vacations, she was found in the sea, fainted and after that, she couldn’t remember what had happened on that day and how she ended up in the sea.

The book is all about Cadence getting her memories back and you will get all the answers of the mystery in the last 10 – 15 pages. 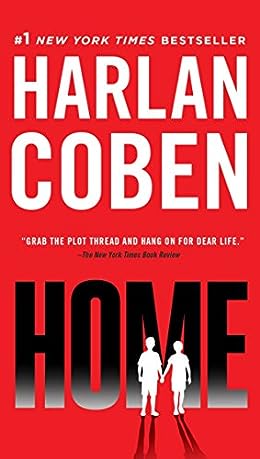 Reading Harlen Coben’s books is like making yourself go into the dense forests but still discovering your way out.

Home is a story of two friends who were kidnapped ten years ago. After ten years of abduction, one of the kids came back home. Myron Bolitar and his friend Win tries to dig out the questions about the kidnapping, where they were, and why only one of them is back?

This page-turner mystery novel is absorbing and thrilling to read for the extreme lovers of the mystery stories.

4. The Lake House by Kate Morton 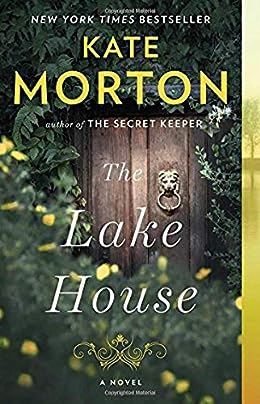 Alice Edevane is a sixteen-year-old girl who is curious, bright and loves to write stories. She lives in a beautiful lakeside estate in Cornwall, England. One day when they had a great party at the house, the family noticed that their youngest child, eleven-month-old Theo is missing.

Years after grieving for the loss and started living in London. But a young detective, Sadie Sparrow who happens to be in Cornwall stumbles upon the old Edevanes house. With the series of events, Alice and Sadie bumped into each other and many truths are unveiled by them.

This one of the best mystery books that I loved reading and I know that you are also going to love this mystery-filled a page-turning novel.

5. The Girl on the Train by Paula Hawkins 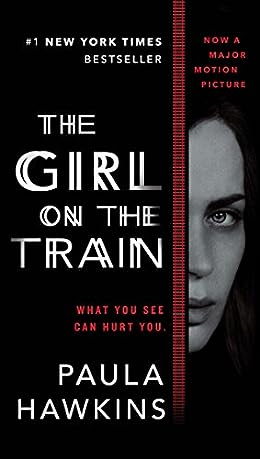 If you have never read a psychological thriller mystery book, then go with this one get your mind blown away.

The Girl on The Train by Paula Hawkins is critically acclaimed and can be addicting for the readers.

It tells the story of Rachel who travels on the same route every day. Like all the usual days she deports the train, passes the lanes of the suburban homes and sees the old couple who have their breakfast on the deck.

Things were good until one day when she lost her life. She narrates her story to the police but they considered her as an unreliable source.

It was hard for me to put down a book with such a thrilling plot twist and so will you.

6. Behind Closed Doors by B.A. Paris 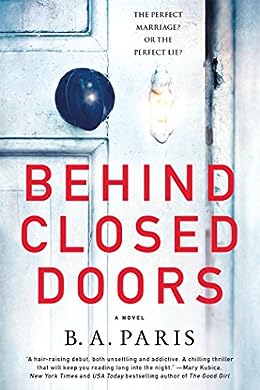 It’s so easy to spot the couple like Jack and Grace. Jack is wealthy and handsome while Grace is charming and elegant. You would try to know Grace better but this perfect couple never stays apart.

In this gripping crime fiction novel, you will be on the murderer’s side and wish to know more about the deceivingly perfect life of Jack and Grace. 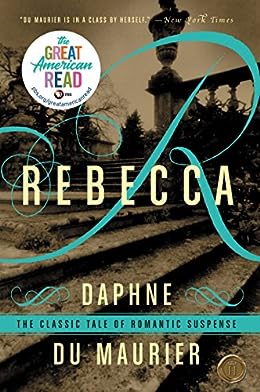 Daphne Du Maurier is known as one of the great shapers of popular culture and modern imagination. Out of all the classic mystery novels, Rebecca was the bestseller and a love story which haunts the readers.

The narrator takes you to the grey mansion where second Mrs. Maxim recalls the haunting events of the days she spent as the young wife of a man she barely knows. As the days pass, she uncovers the secrets and shattering truths about the first Mrs. Maxim.

8. The Au Pair by Emma Rous 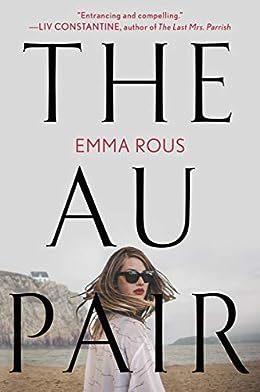 It would not be wrong to say that if V. C. Andrews and Kate Morton would ever have had a literary kid, then she would most certainly be Emma Rous.

Au Repair is a compelling gothic psychological thriller. It tells a story about a girl who thinks that she is not related to her family. As her mother jumped off the cliff on the day when she and her twin brother were born and now after her father’s death she is left with one question; ‘ why is there only one child in the photograph taken on the day of her birth?’

I tried hard to put down this engaging novel but failed badly. 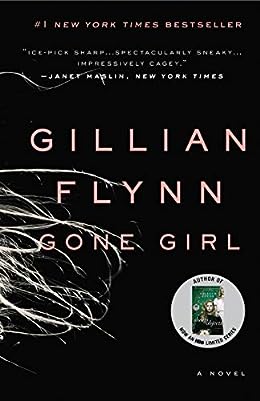 This is one of the best crime novels and is ranked on the top mystery books.

Gillian Flynn got it published by Crown Publishing Group in 2012 and it’s the dark and disgusting story made to the New York Time’s Bestseller list. The book is about a wife who suddenly disappears.

You are going to be a pure book addict after reading this mystery story. 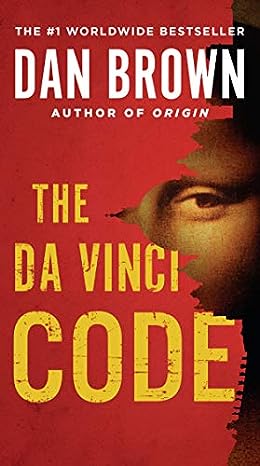 The story revolves around Robert Langdon who with a French cryptologist Sophie Neveu tries to solve the murder mystery whose clues are hidden in the works of Leonardo da Vinci.

It is considered as one of the best mystery novels of all time and the hard tooth biting experience it gives to its readers is incomparable.

11. The Cuckoo’s Calling by Robert Galbraith 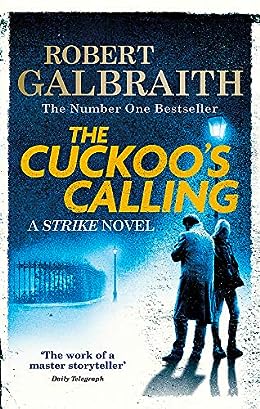 The Cuckoo’s Calling is the first acclaimed crime novel written by J.K. Rowling under the pseudonym of Robert Galbraith.

This is the first novel of the Strike Series. The book chronicles the story about the Coromon strike who solves the case of a dead model. Everyone thinks that it is a suicide but Strike digs deep for the truth and finds himself in trouble.

It has made its place among the best detective novels and soon it will be your favorite too. 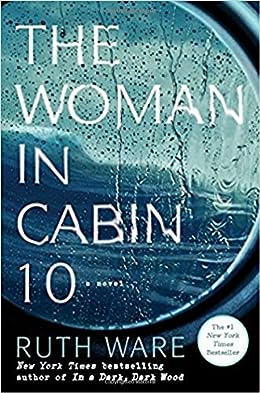 After reading In a Dark, Dark Wood by Ruth Ware, I thought what else can be better than this in the mystery genre. But then, Ruth ware came up with The Woman In Cabin 10 and all my questions faded away.

It is a story about Lo Blacklock who is a travel journalist and gets an offer to spend a month on an exclusive cruise ship. After spending a few luxurious and pleasant days on the cruise the things take the unexpected turns.

With Agatha Christie’s plot twist, this is a pulse-quickening novel by one of the best mystery writers, Ruth Ware.

13. A Time to Kill by John Grisham 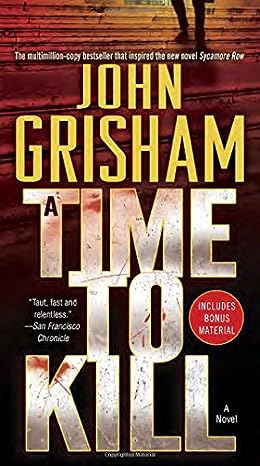 Time to Kill was the first novel by John Grisham published in 1989. It is a legal thriller which deals with the life of a ten-year-old girl whose life was shattered by two drunken men.

Jake Brigance, a young defense attorney struggles to save his client’s life when he took justice in his hand and tried to the murderers of his daughter.

This is a must-read mystery novel for everyone who likes reading spellbinding stories.

After reading these best mystery books, I doubt if you can skip any of the books from adding to your TBR List.

It’s hard to decide with which mystery novel I had more head-spinning time. But somehow I had managed to choose one. Behind The Closed Doors by B.A. Paris is the one which intrigued me to read more and more in order to unfold the story and reach to the truth.