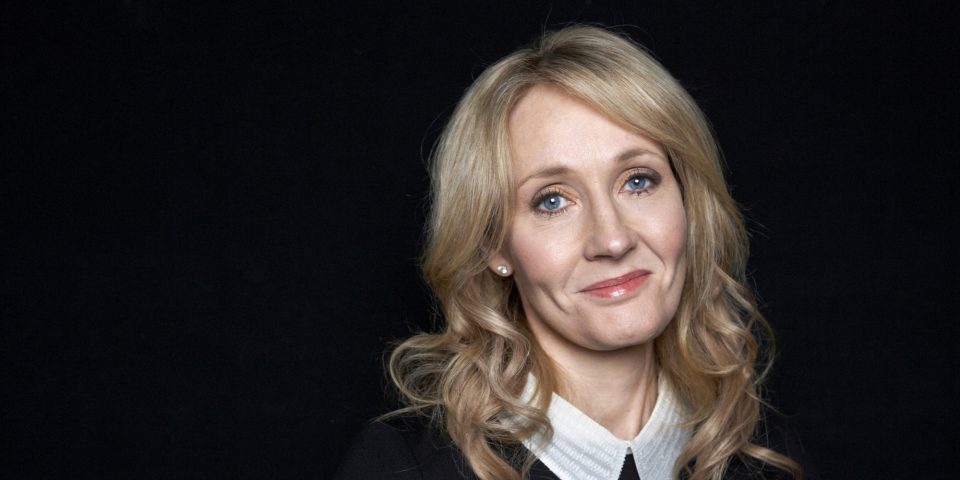 From children to youngsters and to the elders, JK Rowling books are so popular that everyone has enjoyed reading them. JK Rowling created the beloved character of Harry Potter and have written 8 books in the Harry Potter series with several supplementary stories to the world of fantasy and magic.

JK Rowling novels have given birth to an all-new era of fantasy fiction and have been adapted into numerous super hit Hollywood movies. JK Rowling became a multi-millionaire author after the success of the Harry Potter series.

All novels by JK Rowling have stupendously remained in the bestselling list since their release. Here is the complete list of all books written by JK Rowling Including her latest novel, Fantastic Beasts and Where to Find Them, published in 2016.

This is the first book written by JK Rowling which was published in 1997. Harry Potter and the Philosopher’s Stone is the story of Harry and his friends who go to Hogwarts School of Witchcraft and Wizardry. The antagonist Lord Voldemort, a dark wizard who killed Harry’s parents, comes back to kill Harry.

The book became an instant bestseller and won many awards.

Published in 1998, It is the second one in the JK Rowling Books List. The plot of Harry Potter and the Chamber of Secrets describes Harry’s second year at Hogwarts School.

In the second year, a series of messages on the walls of the school’s corridors warns that the “Chamber of Secrets” has been opened. Harry, Ron, and Hermoine investigate the attacks on the pupil who do not belong to all-magical families.

In this third book written by JK Rowling, Harry Potter and his friends are in the third year at Hogwarts. This JK Rowling book was published in 1999.

Harry Potter and the Prisoner of Azkaban sees a new character, Sirius Black, an escaped prisoner from Azkaban. Harry Potter, with Ron and Hermoine, investigates Black who they believe, is one of Lord Voldemort’s old allies.

JK Rowling’s fourth book, Harry Potter and the Goblet of Fire, was published in the year 2000.

The book begins with the Quidditch Cup where Lord Voldemort attacks and destroys everything. Afterward, Hogwarts School hosts Triwizard Tournament in which Harry Potter is forced to compete.

Harry Potter and the Goblet of Fire is one of the best on the jk Rowling book series.

It is the fifth and the longest book on the jk Rowling book series. Harry Potter and the Order of Pheonix was published in 2003 and sold 5 million copies in just 24 hours.

The story of Harry Potter and the Order of Phoenix follows the unreliability of the government of the magical world to the rise of Ron Weasley as the keeper of the Gryffindor Quidditch Team.

The book is set during Harry Potter’s sixth year at Hogwarts exploring the past of Harry’s nemesis, Lord Voldemort.

Harry Potter and the Half-Blood Prince is all about Harry’s preparations for the final battle against Voldemort alongside his headmaster and mentor Albus Dumbledore.

The penultimate book of the series, Harry Potter and the Deathly Hallows, was published in 2007.

The story of this novel is the final clash between the wizards Harry Potter and Lord Voldemort, as well as revealing the previously concealed back story of several main characters. The “Deathly Hallows”—an unbeatable wand, a stone to bring the dead to life, and a cloak of invisibility.

It is an all-new story set in the Wizarding World released almost after a decade of the last book written by JK Rowling. Harry Potter and the Cursed Child is officially the eighth novel on the JK Rowling book list.

The story begins 19 years after the events of Harry Potter and the Deathly Hallows featuring Harry Potter, now a Ministry of Magic employee, and his younger son Albus Severus Potter who is about to attend Hogwarts.

It is the last book of the Harry Potter series but there are more Harry Potter related books on the JK Rowling books list which continues below.

JK Rowling wrote this Hogwarts Library book in 2001 which is actually the textbook of Harry Potter at the Hogwarts School. The name of this book is mentioned in the first book – Harry Potter and the Philosopher’s Stone.

This book, Fantastic Beasts and Where to Find Them was written by JK Rowling but under the pseudonym Newt Scamander.

Another addition to the JK Rowling Books list is this special Hogwarts Library book which is mentioned in several Harry Potte books. Quidditch Through The Ages is a non-fiction book about the history of Quidditch that Harry and friends read at the Hogwarts School which is written under the name of Kennerlworthy Whisp.

It is also an effort of charity along with the Fantastic Beasts as they raised $17 million collectively for poor children.

Published in 2008, The Tales of Beedle The Bard is another companion book for the Harry Potter series. This book adds to the JK Rowling Books list in the form of a short story collection for kids.

It can be seen mentioned in Harry Potter and the Deathly Hallows. The book was put for auction by Sotheby’s in 2016.

The latest addition to the JK Rowling books list is Fantastic Beasts and Where to Find Them published in 2016. It is the original screenplay of the Hollywood released with the same name.

The story begins as the Hogwarts scholar Newt Scamander visits New York but his stay gets extended and adventurous as a number of beasts escape into the city.

It is the first book of the Cormoran Strike series. JK Rowling wrote this series under a pseudonym Robert Galbraith. The Cuckoo’s Calling is a mystery novel which is also available in the Kindle Edition.

It is about a model who falls from a building and everyone claims it a suicide. But her brother suspects that it is a murder. He calls in a private investigator, Cormoran Strike. After the investigator takes over the case and many mysteries unfolded.

The Silkworm is the second book of the Cormoran Strike under the pseudonym of JK Rowling. It is a story about a novelist Owen Quine who goes missing and her wife hires an investigator named Cormoran Strike.

Furthermore, as the investigation proceeds, the novelist’s wife realizes that there is something suspicious about his husband’s missing and he has definitely not on a stroll as he usually did. This crime novel will give you thrills with its twists and climax in the story.

The third in the series of mystery novel of Cormoran Strike is Career of Evil. You would not be able to put this book down with such interesting plot twists.

The story starts as the assistant of investigator Cormoran Strike gets a courier of a severed leg of a woman. Strike suspects four people from his past who could be responsible. You will have pleasure as the mystery unfolds itself.

The fourth crime novel of the famous Cormoran Strike series is Lethal fight. This gripping mystery is about a boy who registers his case to the private investigator and his former assistant and now partner. Strike suspects something unusual in the boy’s story and his demeanor.

While solving the case Strike tackles his fame and understands that now he cannot work behind the scene anymore. The investigator also struggles with the relationship with his partner during the case. Read this thriller and enjoy the clever twist plots.

Well, that was the closing of the list of books written by JK Rowling. But I believe, JK Rowling will continue to take readers to the magical trips to the Wizardry worlds through her novels.

So, towards the end, I can promise one thing, this JK Rowling books list will definitely add up to your reading list. If you have anything to share about JK Rowling novels, please feel free to drop your valuable words in comments.