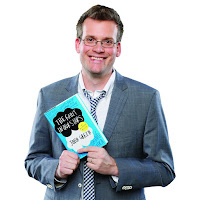 About the Author: John Green

John Green born on 24 August 1977 in Indianapolis. He is famous American Author. In 2014, John Green was included in the ‘Top 100 most Influential people’ in the world by the TIMES magazine.  Apart from his best works in the literature field, John Green is also widely well known for his Youtube Venture. He accompanied his brother to create a successful series of 11 online courses in the field of education, history and Science.  John is an avid fan of Liverpool F.C. of the Premier League and has publicly discussed English football. John Green’s book ‘The fault In Our Stars’ was adapted to Blockbuster movie with the same title name.